Since last week, bitcoin has rebounded; the price is up 7.04% in the last seven days, with a 2.95% increase in the last 24 hours. While there has been the usual amount of both good and bad news regarding bitcoin, what makes this week special is that people are starting to realize the digital scarcity Satoshi originally intended.

Recently we have passed the 14 millionth Bitcoin that has been mined, or 2/3 of the total supply of Bitcoins that will ever come into existence.

Bitcoin started this week at a price of $252, dipped down to a bottom at around $238 on March 30th, and from there rallied to a current price of $260. Both USD and CNY markets are increasing in volume; expect the price to increase into the $270’s range.

With only a little less than 7 million bitcoins left to mine, and a block halving coming next year, not only will demand increase as more people become more aware of Bitcoin, the supply of new bitcoin will decrease, driving price up.

The Silk Road trial regarding Ross Ulbricht just turned up a notch. Earlier this week, news about a criminal complaint that was filed March 25, 2015, detailed two former US federal agents were found stealing bitcoin as well as extorting money from the defendant during the Silk Road investigation.

While price was not affected by this news, it certainly was a significant event. Silk Road in itself spawned several cryptocurrencies that are heavily promoted as currencies that enable the users to send money anonymously online. Several privacy-centric cryptocurrencies as well as marijuana-themed coins appreciated in value considerably this week.

The coins that I want to focus on that fit under this description are ShadowCash, CannabisCoin, and especially Crave. 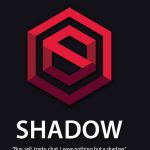 ShadowCash has been a steady earner, increasing solidly over the last seven days, and even over the last 30 days. After some FUD that made SDC tumble in value a couple months back, ShadowCash went through a rebrand and doubled their efforts on offering the best, holistic, anonymous suite available.

While there is some debate on what coin is the best anonymous method to transfer value online, ShadowCash is definitely one of the better contenders to select from the pool of coins competing for the niche which Digital Cash created.

CannabisCoin, a cryptocurrency backed by medical-grade marijuana, does just that. As of now, the CannabisCoin price looks to be held up by pure speculation, most likely in anticipation of 4/20, which is CannabisCoin’s birthday as well as an unofficial holiday meant for celebrating marijuana.

Last but not least, is Crave. Crave is a relatively new altcoin, ranked number 86 on CMC with a 122 page thread as of press time. Rather than focusing on new features, Crave chose the best features from other coins to combine into one cryptocurrency. 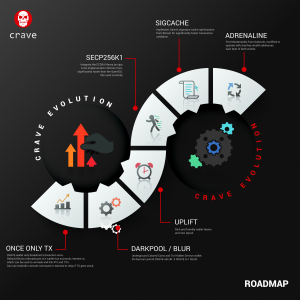 Each altcoin discussed increased by double digits, with SDC leading the pack at a gain of 52% in the last seven days. Cryptocurrency this week was quite healthy; expect to see continued growth into next week as well.

What do you think of our analysis? Let us know in the comments below!