As Bitcoin mining hash rate has decreased amid lower prices, the mining difficulty has adjusted by design, making it easier to mine bitcoin.

For most of 2018, while the bear market persisted, mining hash rate and difficulty for Bitcoin continued to increase. Now it appears that the mining arena just like most of the ecosystem is beginning to feel the pinch. 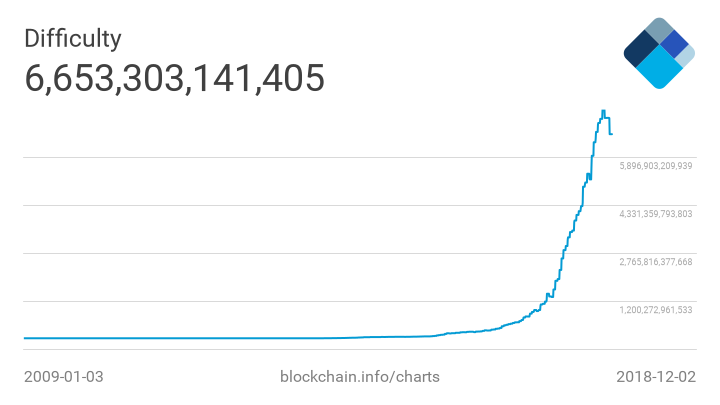 Data from Blockchain.com shows a 15 percent decline in both difficulty and hash rate for the Bitcoin network. Hash rate refers to the total computing power of a blockchain network while difficulty references the ease with which miners can discover the solution for a new block. 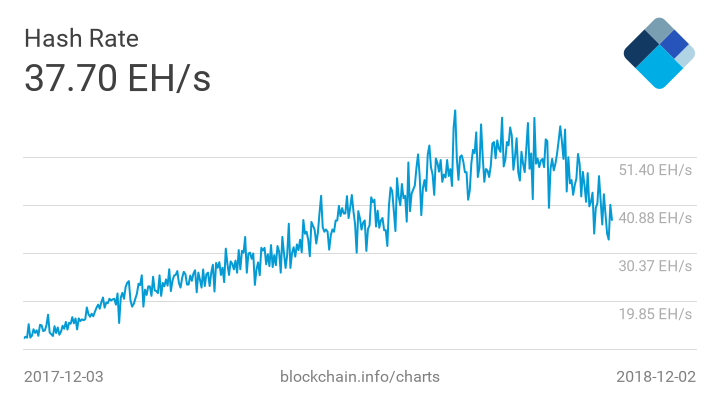 XDEX Chief Analyst, Fernando Ulrich, commented on the historic drop, the second biggest in Bitcoin history. The biggest drop ever of 18 percent occurred in 2011.

#Bitcoin just had its second largest drop in mining difficulty in history: -15.1%. This is the current ranking:

The reason for this trend? Miners are shutting down. As miners go offline, there isn’t sufficient hash power to solve the complex algorithm required to discover (mine) a new transaction block. Therefore, the difficulty level is designed to adjust every 2016 block to accommodate the reduced hash rate of the network.

Therefore, the miners who aren’t running profitable operations at the current Bitcoin price [coin_price] are expectedly shutting down. However, after the current drop in difficulty, it has now become a lot more profitable to mine Bitcoin compared to rivals Bitcoin Cash and Bitcoin Cash SV.

While 2018 has been predominantly bearish, since mid-November, BTC prices took an even larger tumble, falling 38 percent – which is apparently now squeezing out the less-profitable miners.

In a recent interview, Mao Shixing of F2pool, the fourth largest BTC mining pool revealed that more than 800,000 miners have shut down their operations since the start of the mid-November price decline.

Bitcoinentrprenuer, Alistair Milne, also weighed in on the current trend, sarcastically noting that this is the most ‘insecure’ the Bitcoin network has in five months based on hash rate.

He added that Bitmain would be one of the most vulnerable miners at low price levels considering their hoarding of Bitcoin Cash, which is currently sitting at historic lows.

The fact that miners are shutting down and difficulty is decreasing is a feature, not a bug, of bitcoin’s design.

But while the present trend of decreasing hash power is further fodder for the BTC bashing brigade, Arianna Simpson of Autonomous Partners, says the difficulty adjustment is a ‘feature and not a bug’ as the Bitcoin network adjusts to recent price volatility.

At lower difficulty, it will now become easier for new miners to re-enter and receive their bitcoin reward.

What are your theories for the decline in Bitcoin mining difficulty and hashrate? Let us know your thoughts in the comment section below.