Some unfortunate news is in the bitcoin books. Following an outage of global digital currency exchange Bitfinex, everybody’s favorite coin has undergone quite a plunge, and is hovering around $671 USD at press time, a drop of nearly $100 in the last 48 hours. 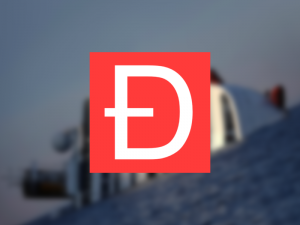 “The Bitcoin price has taken a tumble today with the Bitfinex trading outage, starting around 5 PM Eastern Time, and continuing into the night… Bitfinex is citing “server migration issues” as the source of the outage delaying their projected re-launch time… while attempting to fix the problem, allowing bursts of cancellation request through as they worked. The outage coincides with as much as a 9% drop from the $740 USD level down to $685 at its lowest point.”

Following a temporary period of restoration, the following words were posted regarding the exchange’s present situation:

“As of 5 AM EST, Bitfinex is back down, and the exchange is citing further technical problems as their reason for this second halting of their services. More to follow as information becomes available.”

One contributing factor to the dip in price may be the cyber-attack that recently occurred on the DAO just a few days prior.

As we’ve seen in the past, most digital currencies tend to be linked together, and Ether and bitcoin have a standing relationship. When Ether experienced a rise in popularity, and a crowdsale that will go down in the Kickstarter record books, bitcoin’s price took a marginal slide down the financial stairs.

When things turned around for bitcoin, Ether’s trading ratio and price showed only minor improvements.

Things wouldn’t be so bad, except it’s estimated that nearly $50 million in Ether funds was stolen from the DAO.

In the long-run, however, several analysts say that despite the massive drop, all hope is not lost, and traders shouldn’t give up on the future just yet. As one source writes:

“Yesterday’s sense that the larger advancing wave is destined to surpass $800 is not yet dashed on the rocks. Today’s decline may be a test of support during a large consolidation above $680 or $700. If the worst happens, then we might see a multi-week correction to retest $500 before the real rally takes hold in the second half of the year.”

So we can likely expect things to continue their growth from here, although a few broken links in the chain may need mending from time to time.

Does bitcoin still have a chance of hitting $800? Post your thoughts and comments below!