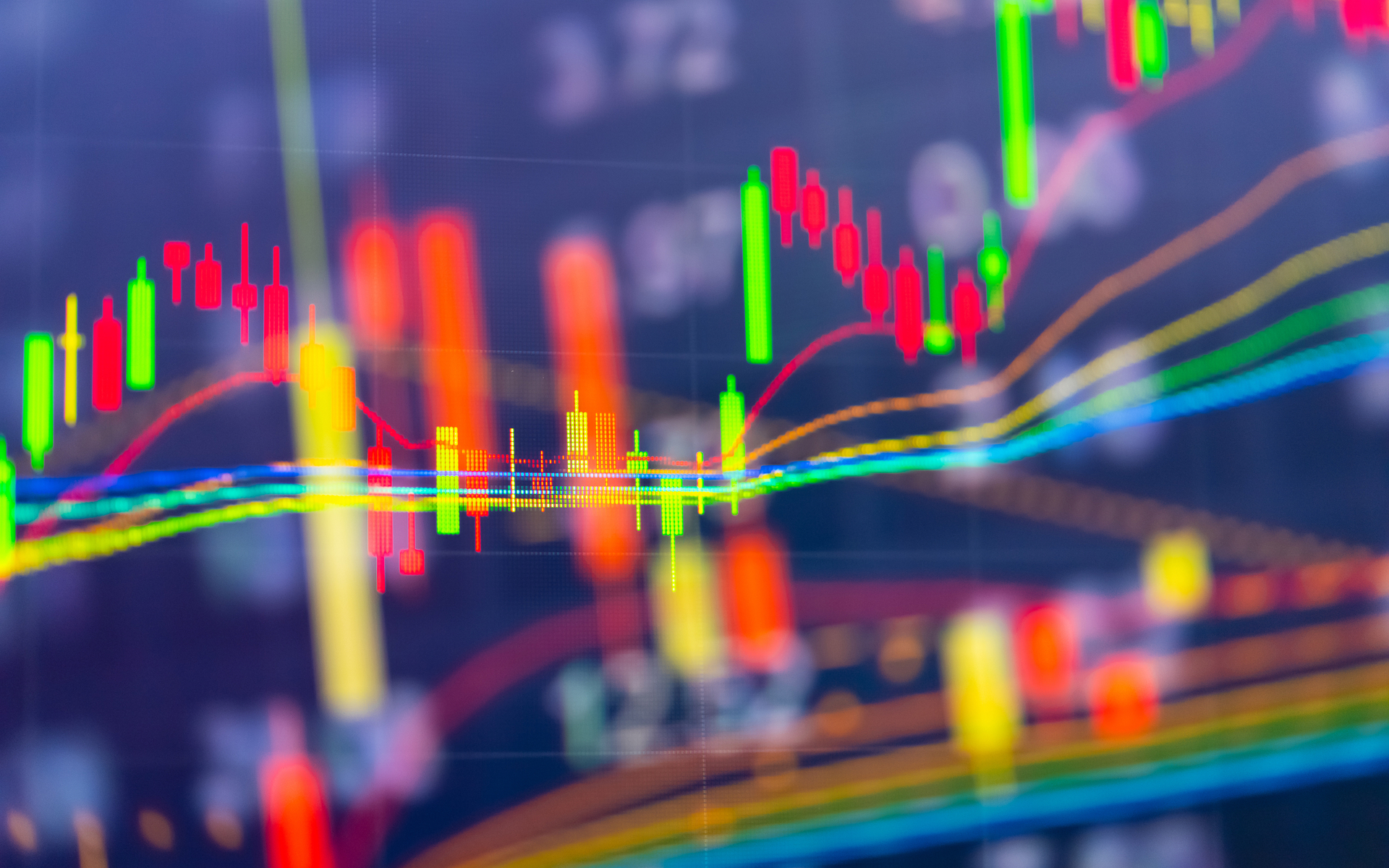 In my previous analysis, we looked at the strength of the new Bitcoin uptrend as price levels traded just below $11,000 resistance. Since then, bulls have been well in control resulting in further upside towards $12,000. 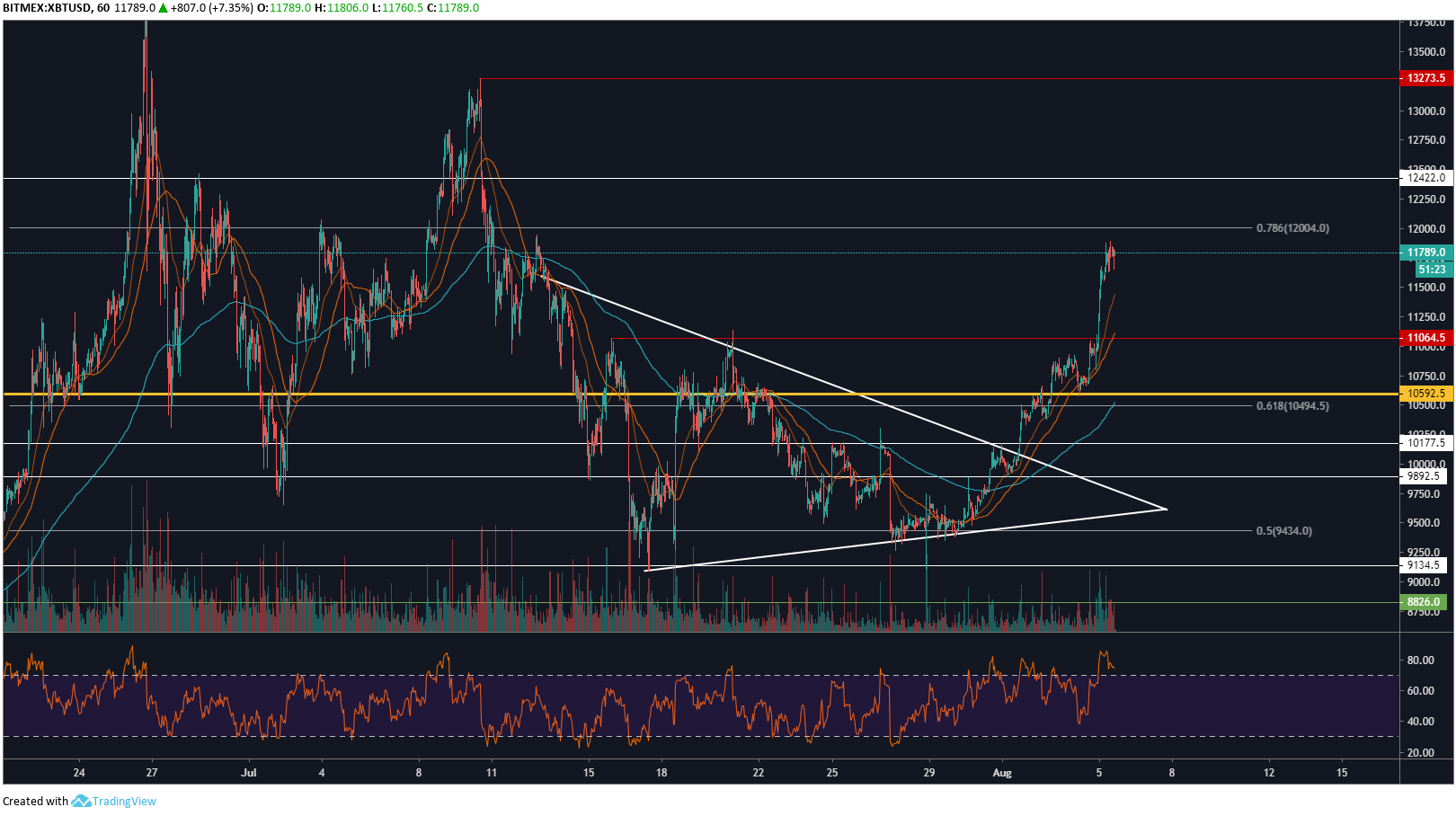 On the 1 hour chart for XBT/USD, we can see how Bitcoin price entered into a clear period of consolidation inside an asymmetrical triangle, stemming from $11,500 throughout the middle of July to the new range low at $9,100. Bulls have since regained control and managed to win a compelling breakout to the upside. This resulted in price levels returning back to where the period of consolidation begun at $11,500.

POC (Point of Control) has begun to move up on this breakout to the upside meaning there is a lot of buying pressure taking place throughout this uptrend.  This is a far cry from the buying and selling pressure seen throughout the period of consolidation, and will likely result in a sustainable uptrend with $9,100 remaining the range low. 200 EMA approaching the POC at $10,590 is likely to become a short-term pull-back target for bear traders.

As you can see, current price levels are quite overextended at the moment which will likely result in a brief pullback to sustain the newly formed short-term trend. This is why it makes sense to target the POC, as support now lies at this point. There will need to be a large amount of selling pressure in order for price levels to break below $10,590 at POC, along with the other main supports at $10,170, and $9,890. 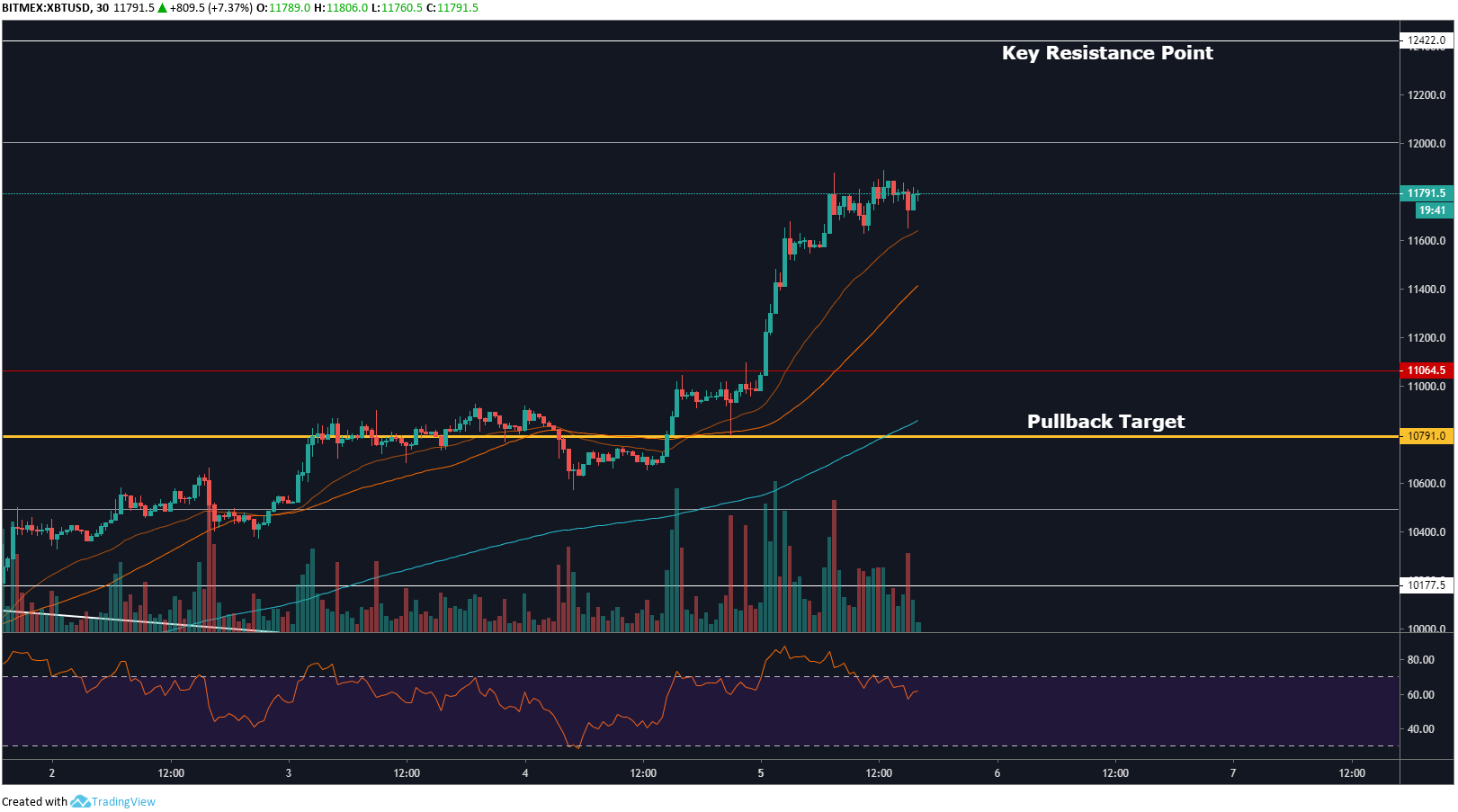 On the 30 minute chart for XBT/USD, we can see how Bitcoin’s price has developed since the breakout more clearly. POC has moved up around $200 so it makes sense to take the 1 hour POC price at $10,590 and the 30 Minute POC price at $10,790 to create a ”range” of key support to target for a pull-back. As you can see, volume has increased throughout the last 24 hours as FOMO traders anticipate the key resistance above at $12,422 being broken.

Key resistance lies at $12,400 which is just shy of the yearly highs of $13,400 and $13,900. It’s likely that if BTC bulls muster up enough bullish momentum to break $12,400 then both of the yearly highs will be surpassed shortly after. This is very similar to what was mentioned in my previous analysis on BTC where I talked about there being little resistance between $11,000 and $12,000. This has clearly come true with price action moving very quickly after $11,000 was broken.

Do you think BTC is ready to surpass key resistance at $12,400? Please leave your thoughts in the comments below!