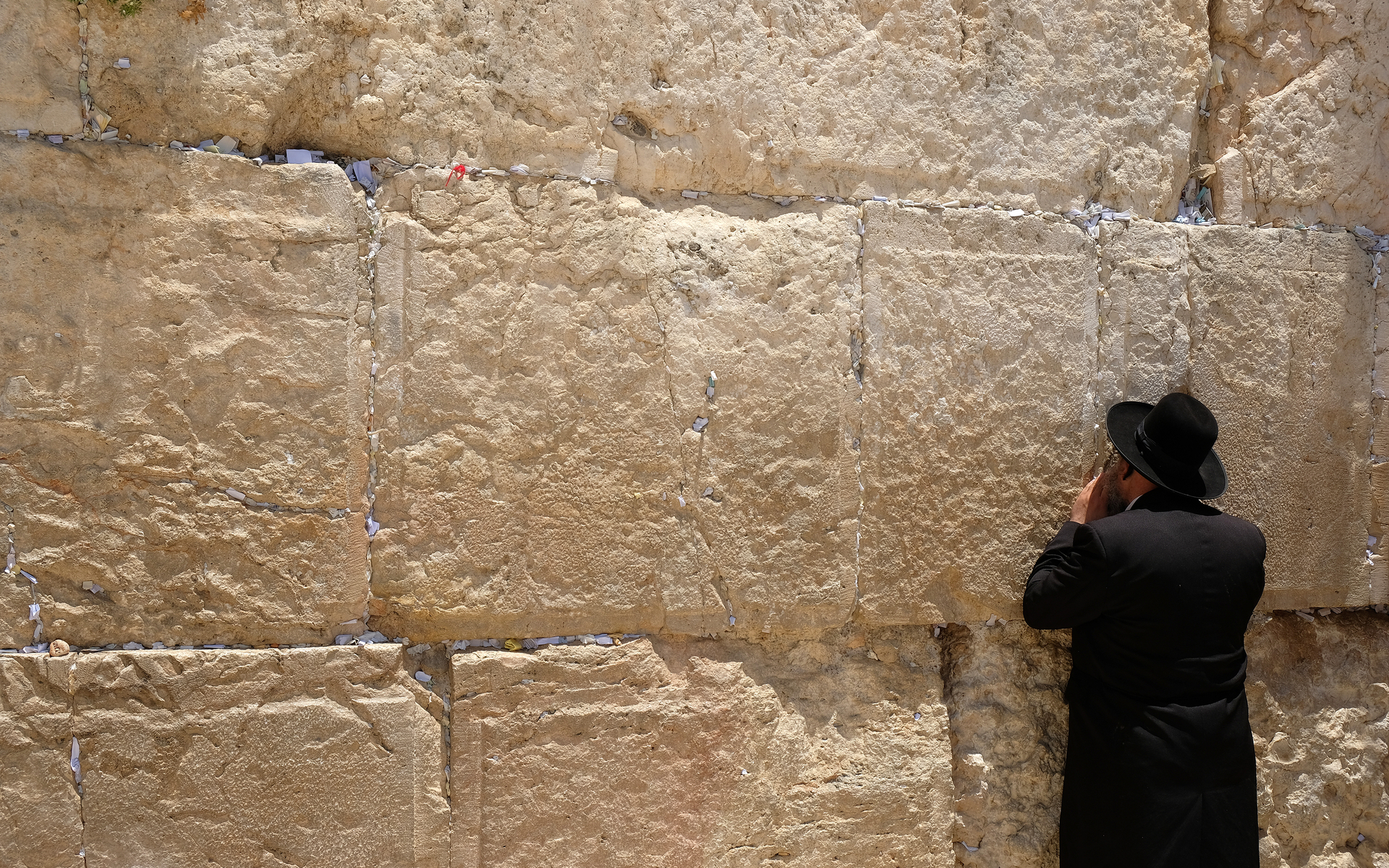 Bitcoinist spoke with Michael Caras who calls himself the ‘Bitcoin Rabbi.’ Caras explains how Bitcoin fits in with the Jewish religion and how his new children’s book ‘Bitcoin Money’ introduces kids to the concept of hard money.

Bitcoin Rabbi: Limited Supply Is the Most Important Thing to Explain to People

Bitcoinist: Are you a real Rabbi?

Bitcoin Rabbi: I am an Orthodox Rabbi. I studied in Yeshiva Ohr Tmimim in Kfar Chabad, Israel and received my Rabbincal ordination. I am not a pulpit rabbi with a community. I am a teacher; I teach Jewish subjects in a Jewish day school, I’m on the board of a synagogue and I organize many of our community services and events. 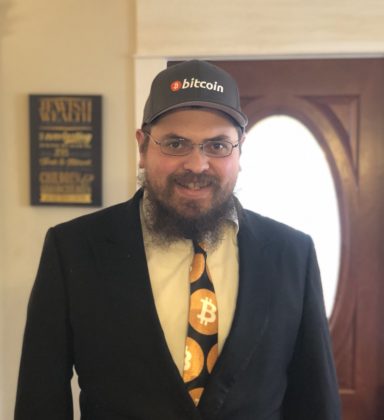 How and when did you get introduced to Bitcoin?

I was always interested in Austrian economics and libertarian philosophy. In mid-2017 my brother told me that he had bought some bitcoin and that the price was rising quickly, so I started looking into it. I watched several hours of Andreas Antonopoulos videos and did some other reading online and quickly became very excited about Bitcoin and decided to buy some.

Kosher means “permissible” or “acceptable”. Bitcoin is a tool, and with all tools, it can be used for good or bad. It depends who is using it and what they are using it for.

If you use Bitcoin without any form of theft or harm to others then Bitcoin is kosher.

Jewish law also requires that we follow the laws of the land, so to be kosher, a person should use Bitcoin in accordance with the laws of their state and country, including paying taxes.

How does Bitcoin fit in with the Jewish religion, ethics, and customs?

Judaism considers money to be extremely important, compared to one’s very life. We are commanded to protect our money and do no harm to anyone else’s. That being the case, having hard stable money is a desirable thing. In Jewish history and tradition, money was always gold and silver. There are even several rituals that we do to this day specifically with silver coins and gold.

There are many Jewish legal questions about the process of Bitcoin transactions, mining, etc. rabbinic leaders will be addressing more of these questions as digital currency becomes more prevalent and widespread.

You’ve also drawn parallels between Judaism and Bitcoin saying “Judaism insists that all members become full nodes” and that Rabbi’s are like ‘miners.’ Can you talk a little bit more about this?

Judaism is based on the Torah as well as several books of commentary and Jewish law, such as the Talmud. In Judaism, each person is required not just to blindly follow the instructions of the leaders, but rather to purchase their own copies of the books and study them constantly to become knowledgable in all aspects of Jewish law and history. This allows a person to follow Jewish law in every situation of their life because they have the knowledge themselves.

This is similar to running a full node, which archives the entire history of the blockchain and verifies every transaction and block.

I compare the great rabbis, the rabbinic leaders of each generation to miners because they are the greatest experts in all of previous Jewish history and law and they address new situations and write new books which link the past to the present and future.

Each generation is a new block that is produced by the rabbis/miners and then validated and accepted by the entire community as part of the same tradition and following the rules of Judaism going back to Moses. 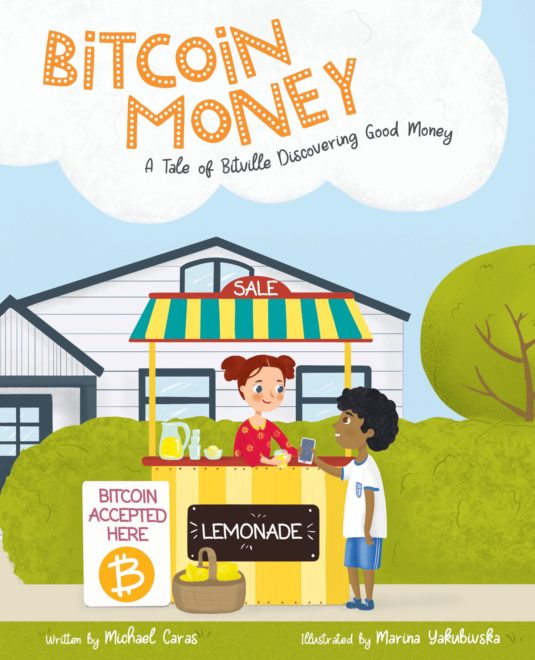 Why did you decide to release a children’s book called Bitcoin Money? How did you get the idea?

I have young children and I talk to them a lot about Bitcoin. I try to explain both the technical and economic ideas in simple terms. I also have a presentation called “Bitcoin & Judaism” in which I explore the history of money.

I took those ideas and condensed them down and simplified them into a book which is not only for children, but explains the simple economic idea of Bitcoin as hard money to both children and adults. The book and my ideas are heavily influenced by The Bitcoin Standard, by Saifedean Ammous.

I want people to give this book as a gift to friends as an introduction explainer about “why Bitcoin?”

How does it explain Bitcoin to kids? Can you provide some examples from the book?

The story of “Bitcoin Money” is about a little town called Bitville, where the children start their own businesses offering goods and services to each other. First, they start with barter, then explore different types of money, and eventually get stuck with fiat paper money and inflation.

One day a new boy moved to Bitville. He called himself Satoshi, but nobody knew much else about him. Satoshi noticed that the kids in Bitville were not happy about more and more paper money being printed each day.

Satoshi thought to himself, “What if we could make a new kind of money that is limited in supply like metal money, but it isn’t heavy so everyone can carry it around for themselves without having to trust anybody to keep it in a safe for them?”

You also note that children can understand the concept of hard digital money better than adults who used fiat their whole lives. Can you elaborate on this?

Older people who have been using fiat money their entire lives may find it scary to store their wealth in something that is only digital and not government backed. They want something that they are familiar with and feels secure, especially in the United States where the currency is fairly stable compared to the rest of the world.

Young people, in general, are used to doing their banking and spending in digital format just because they are more comfortable with the technology. Growing up with everything digital and electronic also makes it easier to rely on digital currency.

From an economic perspective, when you explain to a kid that fiat money is just paper that can be printed infinitely, they realize that there isn’t something valuable there.

The limited number of 21 million bitcoin is a powerful concept that even a kid can understand.

The economic concepts of Bitcoin of good hard money are really simple even for a kid to understand: scarcity, supply, and demand.

What is your favorite way to explain Bitcoin to new people? Have you had many ‘converts’?

I think that the limited supply is the most important thing to explain to people. I also explain the idea that when you own Bitcoin, it is truly yours, as opposed to all other forms of digital money. I talk to everybody I know about Bitcoin, most are still skeptics, but a few have shown interest. I haven’t gotten any of my friends to run a full node though yet, so there’s a lot more work to do.