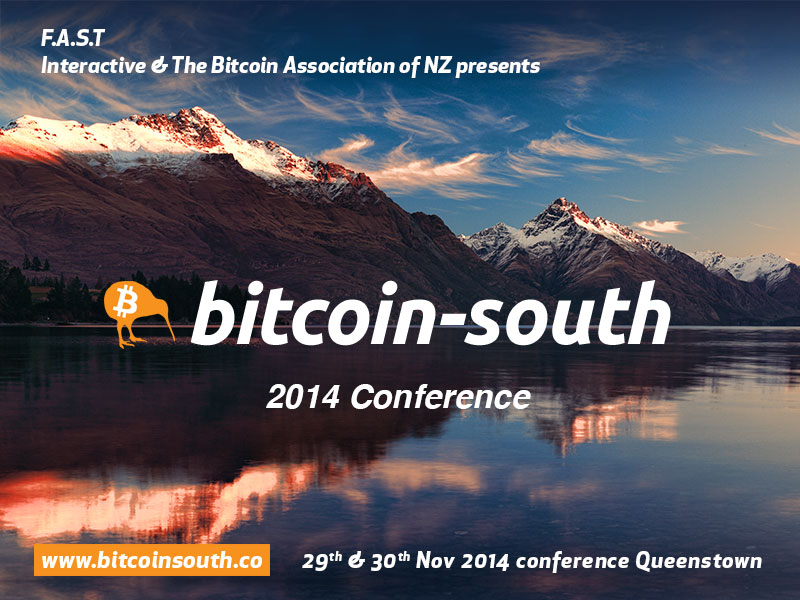 Bitcoin South Conference: Here’s what you need to know

I’m here with Fran, the same person that brought you BraveNewCoin. Except this time, its not about price-indexing coins. It’s about people coming together talking about Bitcoin, and striving to making it better.

1. What is Bitcoin South?

Just go to http://Bitcoinsouth.co and grab a discounted early bird before it runs out. We have only opened doors a couple days ago and they are running out already!

3. What is the purpose of this conference?

Raising awareness of Bitcoin and it’s Technology within the NZ Business and Tech Sectors but also Government Banking as they have been painfully slow and painfully prohibitive.

It is clear this is so because they simply do not understand it. I’ve invited the minister of Finance along with representatives from the Department of Internal Affairs and Inland Revenue.

4. Who will be speaking?

The 29th & 30th of November, but we encourage people to stay and enjoy all that Queenstown, New Zealand has to offer by joining one of our discounted tourism activities or making their own arrangements.

I went to a few Conference in USA, Canada & Asia and they all felt too ‘trade-show’ like. I don’t want people who genuinely want to investigate Bitcoin and it’s technology for their business to feel alienated. This is an educational drive and many C-LEVEL managers i’ve talked to are already stating they want to show up to up-skill and gain knowledge over their competitors.

80% organized and we have 4+ months to go – feeling pretty damn good. Most major Sponsorships are sold for full price and all Key-Note speakers are signed up. Ticket sales are strong right from day 1, we should be sold out and organised with 2 months to spare before the conference :0

8. How is this conference different from other conferences?

You come here, you network & learn then you go enjoy some wine or extreme sports with your new friends.
Its designed for upskilling, team building and networking. Queenstown is a beautiful place and offers the vital networking part of this conference the next level.
For more information: http://nzconference.co.nz/bitcoinsouth2014/#home
Photo Source: Fran
ShareTweetShareShare