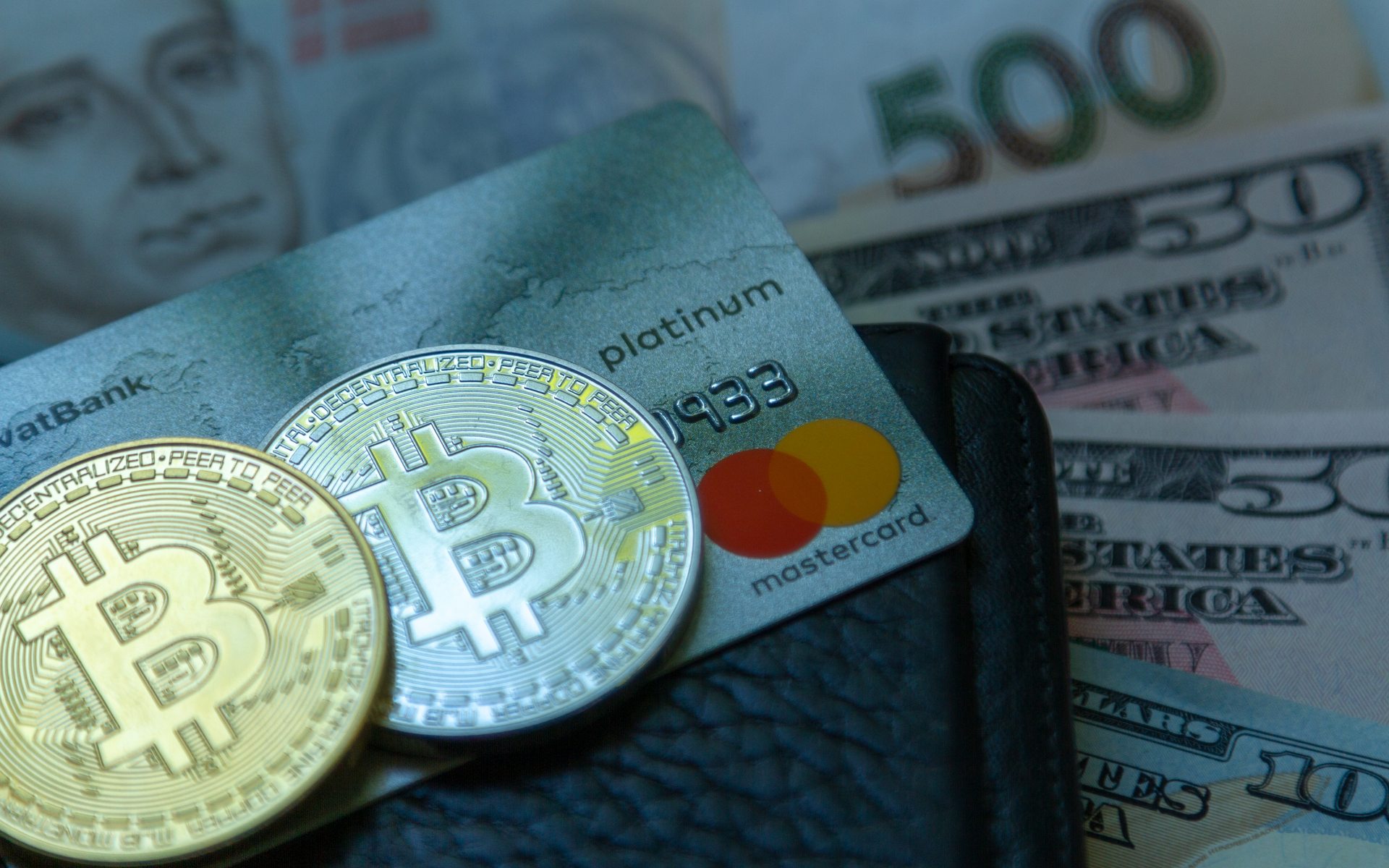 Bitcoin will “surpass all competition” from other payment systems such as Visa and MasterCard within ten years if current growth continues, new research has concluded.

In a study comparing Bitcoin to legacy payment providers, which also included PayPal, DataLight made the forecast after noting the cryptocurrency’s rapid advances since its inception in 2009.

“In just 10 years, Bitcoin has managed to compete with the leaders of the payment system industry. Bitcoin’s development is occurring exponentially,” the company summarized.

If it maintains this pace, in another 10 years, it will surpass all competition.

Visa first appeared on the market in 1958, followed by MasterCard in 1966. PayPal, which launched in 1998, has already established itself as a competitor to the industry veterans, while Bitcoin’s progress is even more rapid.

DataLight meanwhile goes further, forecasting that despite its current technical hurdles, Bitcoin will become the preeminent payment network of the world.

“Right now Bitcoin’s payment system is much superior to the conventional international payments and wire transfers,” it continued.

Technical improvement of Bitcoin’s network is almost certain to make it the world’s main payment system.

DataLight’s buoyant advocacy of Bitcoin stems from analysis of its current network activity. Despite lagging behind fiat-based players significant in certain areas, such as capacity, Bitcoin excels elsewhere, for example in average transaction value.

For 2018, this was $41,615, compared with $90 for Visa, $80 for MasterCard and $58 for PayPal. This points to Bitcoin’s utility as a transfer method of large amounts, which investors prefer due to the fee structure favoring significant sums over micropayments. 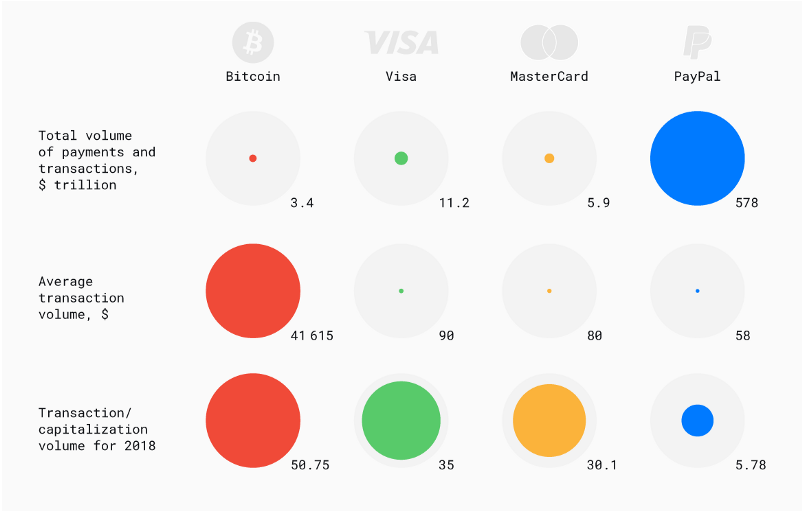 In late 2018, this factor subsided even more to users’ advantage, fees hitting lows to allow even tiny payments to be sent and confirmed without significant fees to miners. Off-chain scaling solutions, principally the Lightning Network, should ultimately resolve the fee competition issue definitively.

“This is why the bear trend of 2018 will be another dip before the exponential growth and new all time highs,” the research read.

Decentralization At A Glance

Elsewhere, DataLight noted the benefits of decentralization in Bitcoin, which has over 10,000 ‘data centers’ – or nodes – supporting its network, compared to 119, 98 and 51 for Visa, MasterCard and PayPal respectively.

The number of Bitcoin addresses, currently around 25 million, is considerably lower than the number of credit and debit cards in circulation, but capitalization per ‘account’ also outstrips the extant payment networks.

The researchers are far from alone in their bullish predictions for Bitcoin in the years to come. As Bitcoinist noted, among other major advocates are Twitter CEO Jack Dorsey, in addition to industry figures such as investor Tim Draper.

Dorsey, prior to increasing his public praise of both Bitcoin and the Lightning Network this year, previously said he envisaged Bitcoin becoming a form of global internet currency by 2028. A dedicated effort to bring the technology to his payment company Square is currently hiring developers.

What do you think about DataLight’s research and predictions? Let us know in the comments below!