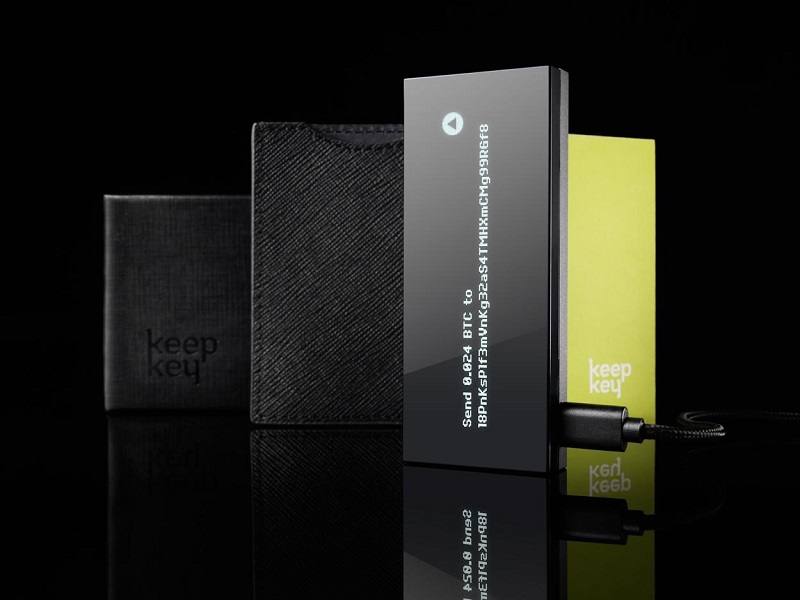 Imagine a world without paper currency. Maybe such a reality appears far from where we stand today, but the horizon is not so distant that it’s invisible.

This article was provided by the Vanbex Group. Written by: Brandon Kostinuk. 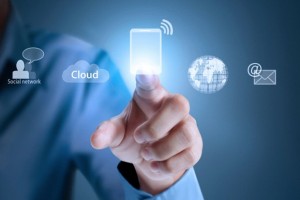 Today’s infrastructure cannot accommodate, on a global level, for the technology of tomorrow. But progressive policies supported by global economic players can rapidly change that.

Further, as stated by Lisa Cheng, Vanbex Group CEO, “To begin usurping traditional models of banking and finance we have to move society beyond our current understanding of currency and see that it exists today as digital value.”

“Paper currency is on its way out and will be replaced entirely by digital forms,” said Cheng, who has years of experience dealing in Bitcoin, blockchain technology, distributed applications, distributed autonomous corporations and varying types of crypto-currency.

We are already in a globalized economy with digital assets floating everywhere. Even traditional banks, as it’s well known, store money electronically as financial information in databases.

Deputy Governor for Monetary Policy at the Bank of England Ben Broadbent said during a speech delivered on Mar. 2, that:

“Currently, deposits are backed mainly by illiquid loans, assets that can’t be sold on open markets; if we all tried simultaneously to close our accounts, banks wouldn’t have the liquid resources to meet the demand.”

In short, the digital asset era is already underway.

Countries like Barbados, Peru and Ecuador have already leaped passed conjecture, concurrently offering a digital variation alongside their physical currency. Citizens there use digital currency for everyday items like groceries and fuel for their car, facilitated by smartphone technology.

Governments worldwide from the U.K. to China, Australia to Canada, are all looking at ways to develop, adopt and adapt to disruptive financial technology (fintech) to progressively move with the shifting sands pressed on society by the Internet-based economy.

At its most reductive core, intangible assets need a physical carrier and that’s where the discussion of hardware wallets — devices that store a part of a user’s wallet for digital currency securely in mostly-offline hardware — enters the fray.

Just a decade ago, it’s safe to say most of mankind didn’t even know a thing like cryptocurrency existed, which, before Bitcoin, it did.

There was E-gold, which launched in 1996 and, as the name suggests, was a digital currency backed by gold. Ten years later, Liberty Reserve, a Costa Rica-based centralized digital currency, was founded as an exchange.

Both enterprises led down the path toward criminal activity, specifically money laundering.

The digital currency — a cryptocurrency — created by Satoshi Nakamoto in 2009 reshaped the conversation. It changed way money, the way a currency, was thought of and its underlying “Blockchain” technology, a decentralized virtual clearinghouse and asset registry, as described by Broadbent last month, is gearing up to change the very financial structure of the globalized economy.

Bitcoin represents, in market cap today, over $6 billion USD. It has spawned an industry, from exchanges and financial services to infrastructure, gambling, news media and more. Much more.

But the nucleus of any currency is trust.

The now-infamous Mt. Gox “hack,” an episode that came to light in April 2014, showed the world security against malicious intent was of paramount concern when it came to digital currency (and that could be said of any form of money).

Launched in 2010, the Tokyo-based exchange, the largest at the time, eventually handled around 70 percent of all Bitcoin transactions at the height of operations in 2013.

The total amount said to have been stolen hovered around $450 million (around 850,000 bitcoins).

According to WizSec lead investigator Kim Nilsson, “most or all of the missing bitcoins were stolen straight out of the MtGox hot wallet over time, beginning in late 2011.”

The need for secure, offline storage was apparent then and that need is no less greater today.

“Blockchain security has advanced much quicker than you would see in traditional banking,” Darin Stanchfield told CNBC’s On the Money.

The KeepKey CEO was commenting on the Bangladeshi bank hack that occurred at the Federal Reserve Bank of New York where $100 million was reportedly stolen from the government’s account.

Stanchfield explained, with a device like the hardware wallet (or a vault), credentials are presented to the Federal Reserve in order to move money. These credentials would be presented when the device is first initialized and those credentials don’t ever leave the device.

This is in contrast to any ‘hot wallet’ and is the most effective standard to safeguard against hackers in the cryptographic age of computer security. Something offline can’t be invaded by external elements.

But nations and their laws and regulations move at different speeds, especially when it comes to adoption of emerging technology.

One of the most vibrant fintech hubs in the world exists in the U.K. with London’s ecosystem of startups and companies generating £6.6 billion ($9.4 billion) in revenue and attracted £524 million (over $700 million) in investment in 2015, according to accounting firm Ernst & Young.

The study occurred because it was commissioned by the U.K. government. The British government is a leading example of progressive policy-making within the fintech sector and is the primary reason it is home to the fast-growing sector in the country.

Ernst & Young further reported, the sector employs 61,000 people (5% of the total financial services workforce). More people are working in the U.K. FinTech scene than in New York, “or in the combined FinTech workforce of Singapore, Hong Kong and Australia.”

In March 2015, HM Treasury — the government arm responsible for developing and executing public finance policy and economic policy in Britain — also published a report, stating, in response to the emerging fintech sector “the government intends to apply anti-money laundering regulation to digital currency exchanges, to support innovation and prevent criminal use.”

Further, the government has been discussing the possibility and implications of issuing central bank digital currency (CBDC).

Deputy Governor Broadbent spoke to the above, unequivocally stating, “It seems

very unlikely that, to any significant extent, we’ll ever be paying for things in bitcoins, rather than pounds, dollars or euros.”

“The more important issue for central banks considering such a move [to issue digital currency] will be what it might mean for the funding of banks and the supply of credit,” Broadbent concluded in his speech.

The government in the UK, at least those in control of the nation’s monetary policy, is already thinking about implications, structural and otherwise, of appropriating digital currency.

The conversation has leaped from opposition into adoption and it very much has to do with the underlying backbone of Nakamoto’s creation, touted as the next evolutionary step to the Internet. 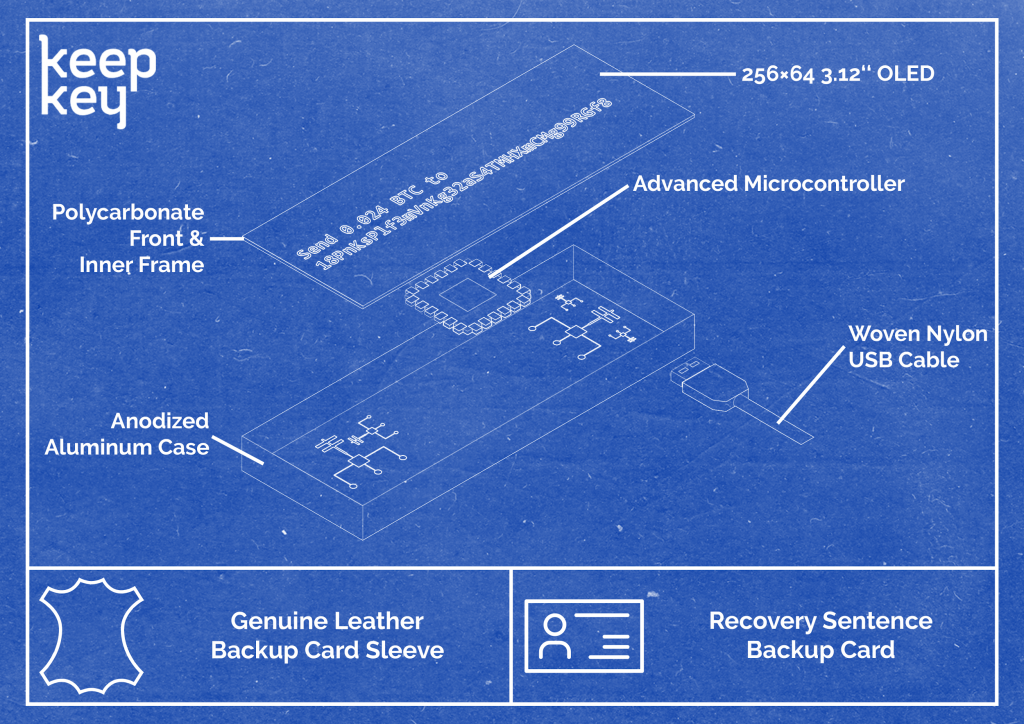 Part and parcel of the talked of and trialed evolution of the financial layer of industrialized societies is blockchain technology. This is where transactions are created, recorded and preserved in a secure, decentralized structure.

The Internet economy has sprung the need to advance financial interactions the same way it has developed new ways of considering technology and conducting business altogether.

The most practical concern, that of safely securing and using digital currency, is a phenomenon which is itself being work and re-worked in regard to the implications outlined by Broadbent and others, like Financial Stability Board chairman and Bank of England governor Mark Carney.

But amid the pursuit, by Microsoft and IBM, to bring blockchain tools and enterprise access to market, along with the corporate race to build the blockchain of all blockchains for the financial services and banking industry, among other interested parties, it’s clear: digital currency is here and hardware wallets will be as ubiquitous to everyday life as smartphones.

And as digital currency becomes commonplace, granted the technological and regulatory environment catches up, hardware wallets will be a vital instrument, used daily by individuals.

Doug Miller, head of business development at KeepKey, the Washington-based maker of one of the few premium hardware wallets on the market today, explained, security and user-friendliness were core factors in their device’s design.

“It has to be simple and it can’t be complicated,” Miller stated. “What we wanted to do was streamline the process for use in an everyday aspect.”

It is, ostensibly, a private, offline bank account for digital currency.

Setup and installation is conducted online, using Chrome extensions and can be completed within a matter of seconds.

Jordan Tuwiner, 21, who founded the site BuyBitcoinWorldwide.com, a resource for topics related to Bitcoin, has been involved in using digital currency and hardware wallets for the past two years.

“A hardware wallet is pretty much what the average person will want to secure their Bitcoin.” said Tuwiner, adding, when searching for the right wallet, “The most important thing is to consider what you’re using the device for. If you’re serious about it, do your research.”

The ecosystem of products is expanding and so are the advantages and disadvantages to each of the products on retail today.

Tuwiner added, among the devices he used, KeepKey was quite easy to setup and install and is a good choice for novices and aficionados alike.

“We look at ourselves as a hardware company for the blockchain and that’s our long-term vision,” said Miller.

His future-looking objective illustrates a key perception, that the financial world is in a transitional state, one that moves beyond traditional institutions and legacy systems to deliver peer-to-peer transactions, self-executing contracts and best of all, a reduction in costs for financial institutions through to consumers.

Companies “for the blockchain”, like KeepKey, is the global paradigm shift currently developing, and, in a reductive sense, hardware wallets are the core construct to establishing real-world connectivity to intangible financial innovation.

Further, it offers the 21st century security and a level playing field where conditions for theft and fraud exist behind an interweaving mesh of 0s, 1s and coexisting protocols.