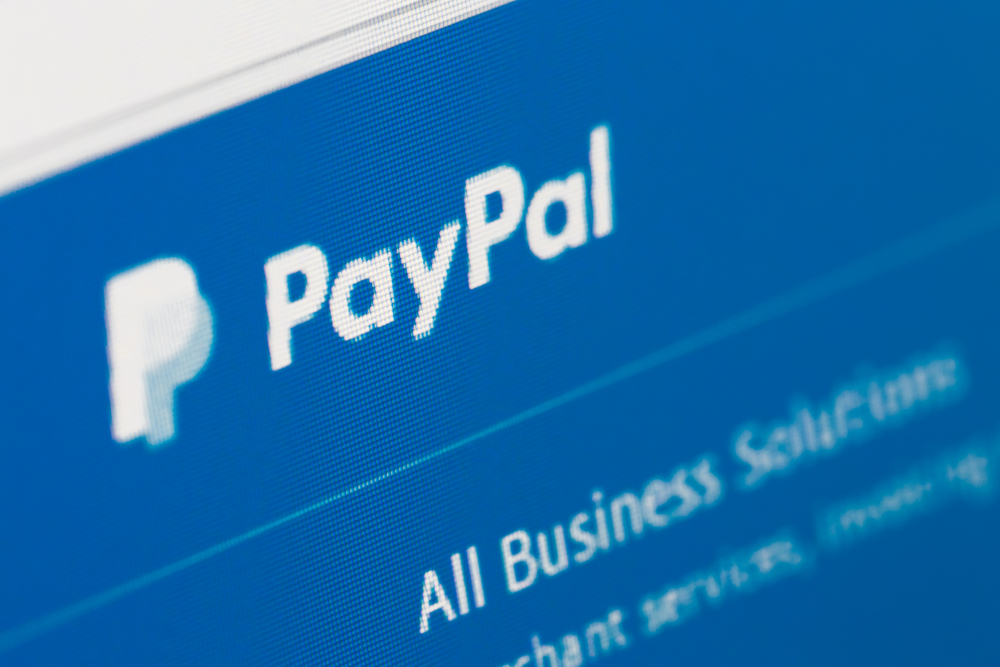 The last week saw the cryptocurrency on a tear even as it traded way above its actual current rates. It established another year-to-date high — and retested a three-year peak — at $18,980. Meanwhile, its momentum oscillator, the Relative Strength Indicator, continued to alert about its “overbought” signals. 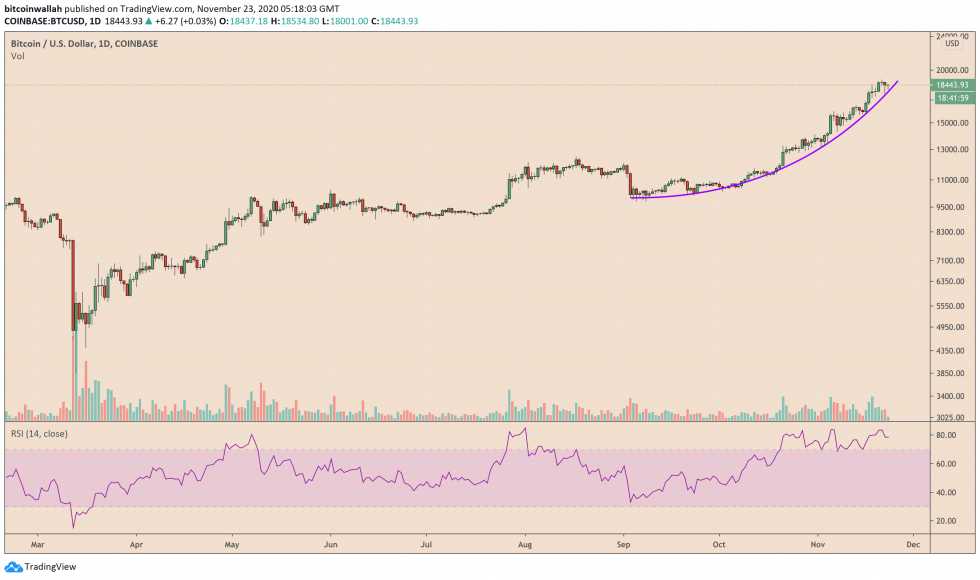 The incredible uptrend took place without concrete hype. A mere check on the keyword ‘bitcoin’ on Google Trends shows no booming number of searches. In comparison, Bitcoin’s previous bubbles towards its all-time high levels in 2013 and 2017 had the Google searchers on a tear.

That somewhat explains the current price rally is institutional, i.e., fewer investors with big bags of capital to buy Bitcoin. A California-based investment firm provides evidence about how the world’s biggest payment firm is driving the upside moves.

PayPal is the New Whale

In a report published this weekend, Pantera Capital claimed that PayPal is buying most newly-mined Bitcoin units — roughly 70 percent of all. Last month, the fintech giant launched a crypto store on its existing US platform, thereby enabling its 300 million users to store, sell, purchase, and spend Bitcoin and other cryptocurrencies. 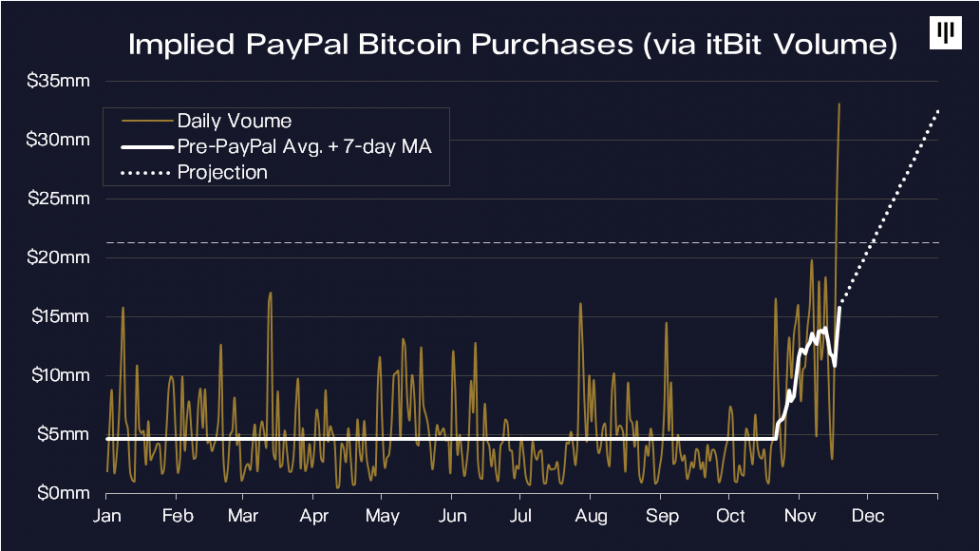 Together, PayPal and its rival Square’s CashApp are now buying more than 100 percent of the newly-mined Bitcoin. That leaves the cryptocurrency in a supply deficit — against its booming retail and institutional demand.

So it appears, the PayPal narrative alone is enough to push the Bitcoin price upward by $2,000 this week.

This weekend’s small downside correction has shown Bitcoin’s ability to hold itself against two extremely assertive sell-off attempts. For instance, on Sunday, the BTC/USD exchange rate fell to as low as $17,610, only to get overturned by a solid buying sentiment later.

The pair recovered back to close the session at $18,437. It was trading near the same level on Monday while targeting $18,500 as its flippable support/resistance. 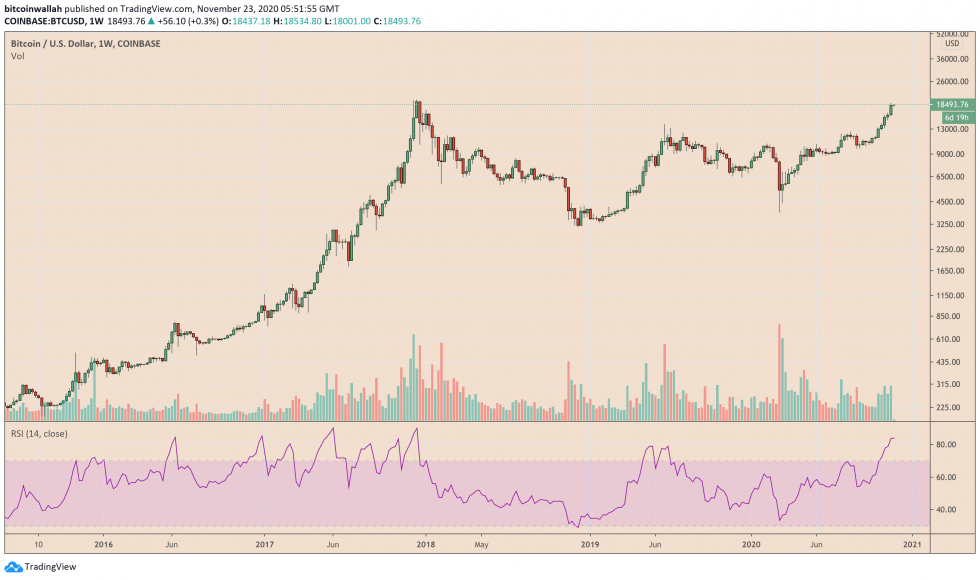 The PayPal FOMO could allow Bitcoin to hold $18,500 as support for its next upward leg towards $20,000, its record high with a huge sentimental value among traders. The sooner the cryptocurrency hits the level, the early it would correct lower thanks to its overheated RSI.