Bitcoin Nears Highs, But It May Not Be Ready for a Breakout; Here’s Why

Bitcoin is in the process of pushing higher, with bulls aiming at testing its 2020 highs of $18,600 that were set just a few days ago.

How it reacts to this level in the near-term will depend largely on whether or not spot buyers will step up and take control of this movement, as one trader is noting that derivatives are currently the source of this upwards momentum.

He points to the high funding rates as a reason why this move may not be too long-lasting.

At the time of writing, Bitcoin is trading up just under 4% at its current price of $18,550. This marks a serious upswing from its recent lows of $17,400 set after these highs were first tested earlier this week.

The strength seen across the aggregated market today has been quite intense, and whether or not it remains this way will likely depend on Bitcoin.

If it breaks above $18,600, the entire market could instantly see massive capital inflows that help send BTC towards $20,000.

One analyst explained that Bitcoin might not be able to maintain its short-term momentum. He notes that the fact that derivatives volumes are driving this move is concerning.

He also points to high funding rates as one reason why it may soon see downside.

“BTC: Looks like this wants to go for the highs, but not sure if it’s ready for a real breakout yet. Upside been mostly pushed by derivs ~ funding is pretty damn high. Fading the first move ain’t no bad idea imo.” 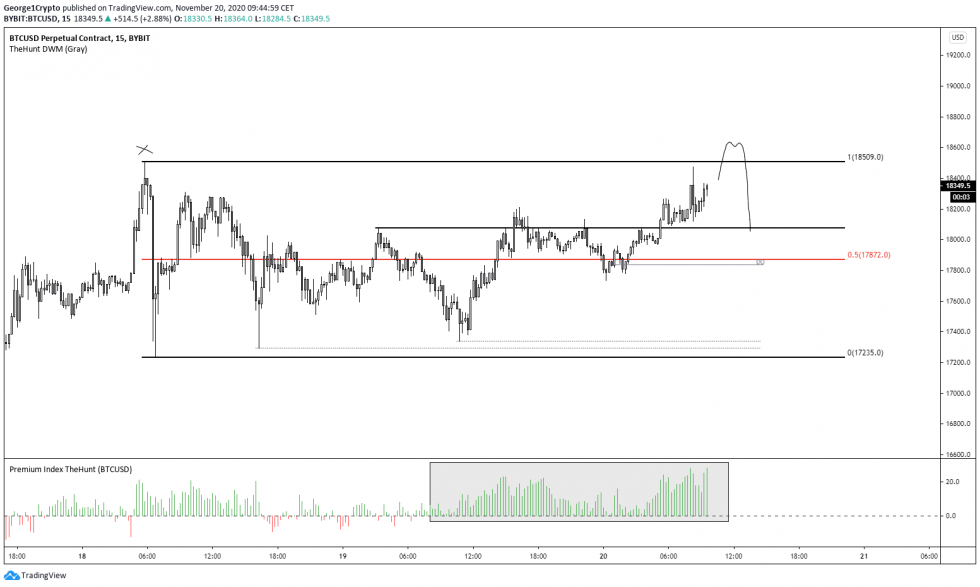 Whether or not Bitcoin can post a high time frame close above this level will provide serious insights into where the market will trend next.