Bitcoin at $500,000 by 2030 is the latest sky-high prediction to come from high-flying personalities, this time Snapchat’s first investor.

In a joint presentation with Blockchain CEO Peter Smith, Jeremy Liew, whose stake in Snapchat is now worth $2 billion, said that external factors driving interest in Bitcoin would propel it to unseen heights in the coming decade.

We believe Bitcoin awareness, high liquidity, ease of transport and continued market outperformance as geopolitical risks mount, will make Bitcoin a strong contender for investment at a consumer and investor level.

Developing countries represent a significant market for Bitcoin, with countries such as Kenya already conducting financial activities via mobile, having skipped banking in what was previously a highly cash-driven economy.

With such mobile monopolies come easier remittances. In Kenya, dedicated startup BitPesa is already cornering both markets with Bitcoin.

Enough users, according to Smith and Liew, and the virtual currency’s value will take care of itself.

“Put another way, we need a population of bitcoin users around a quarter of the Chinese population (or 5% of the global population) in 2030 to see bitcoin at $500k,” they said.

“The SEC’s ruling wasn’t a surprise to us,” he said about the Winklevoss twins’ rejected Bitcoin ETF.

“We know that getting this sort of approval is going to take (a potentially long) time. In the meantime, bitcoin is already simple to buy and hold and, as the asset continues to mature, we’ll continue to see an increase in the development and deployment of surrounding products.” 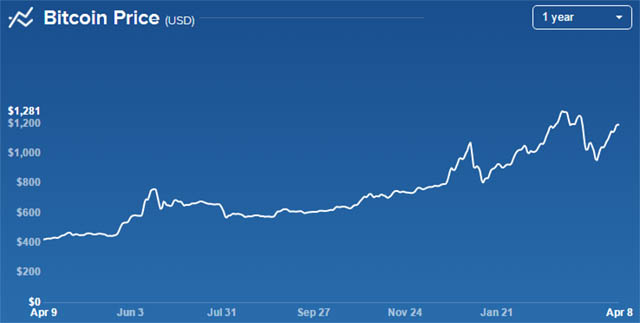 Nonetheless, in keeping with the current sentiment, both agree on a 2017 Bitcoin price of $1000 – slightly less than today’s spot rate.

Other recent price estimates to come from well-known sources include several from Vinny Lingham, who in December forecast $3000 this year.

His optimism came with a hint of caution, however, the entrepreneur adding that too rapid a price increase would be detrimental to the industry and reintroduce volatility and associated lack of trust.

…Bitcoin is incredibly resilient and stable…In fact, the bitcoin Blockchain has operated for 7+ years with no downtime, a feat no other back-end system operating at this scale can claim.

What do you think about Jeremy Liew and Peter Smith’s forecast? Let us know in the comments below!