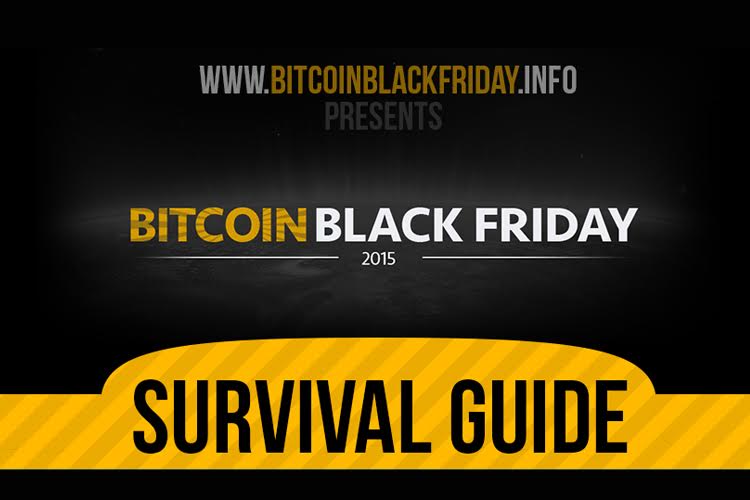 BitcoinBlackFriday.info Brings the Best Bitcoin Black Friday Deals to You!

‘Tis the season for excellent deals on presents and personal goodies for the upcoming holiday, and Bitcoin Black Friday is better  and stronger than ever, bringing with it a large number of  participating merchants! Coming up just three days from now, Bitcoin  Black Friday will be unleashing the most valuable deals found on the Internet,  and BitcoinBlackFriday.info is there to ensure readers can quickly and easily nail down on what they want and snag it – easy as cake!

Normally, finding all of the available deals is a tough endeavor, but not anymore. BitcoinBlackFriday.info not only scours the depths  of the Internet looking for all available Black Friday deals for Bitcoin, but even takes it further by keeping the database up to date, including re-checking all available sources to ensure if there are any additions, changes, or removals, they’re all already accounted for. There’s no more worrying about missing out on that awesome deal that just happened to be added late – if it’s available, it’s here!

For those that have already signed up to the  BitcoinBlackFriday.info newsletter, the first wave of deal previews has already gone out. For those that haven’t signed up yet, now is the perfect time to do so! This ensures that you can get deals before they even go live, offering a much better way to plan ahead of time and know what you’re going for, where you’re snagging it at, and how much it’s going to cost. Nothing saves more than coming prepared, and the newsletter is a great way to really simplify the process. And best of all, it’s free! The second set of BBF deals will be going out to subscribers on the 24th, so act fast.

For users old and new alike, a Bitcoin Black Friday Guide has  already been posted, allowing you to get the most out of the event: http://bitcoinblackfriday.info/bitcoin-black-friday-guide/ which covers everything you need to know beforehand, ensuring you can get up and running painlessly – no confusion, no researching, and best of all, no cost!

Merchants also still have time to get added. If you are a merchant that would like your deal to be featured to subscribers of the BitcoinBlackFriday.info newsletter, be sure to send your upcoming deals as soon as possible through the Merchant Deal Submission: http://bitcoinblackfriday.info/submit-deal/

The faster this is done, the faster it can be added to the upcoming newsletters, giving great visibility to customers and ensuring you get everything locked in on time.

Bitcoin Black Friday 2015 is the fourth year it will be hosted, and it has grown from year to year. Having a quick and easy way to sift through all of the available offerings is imperative to taking advantage of this strong sale period. BitcoinBlackFriday.info opens the doors to absolutely free information about upcoming deals, as well as accepting submissions from merchants themselves, ensuring both customers and merchants alike are given a strong, mutual relationship that benefits everyone.