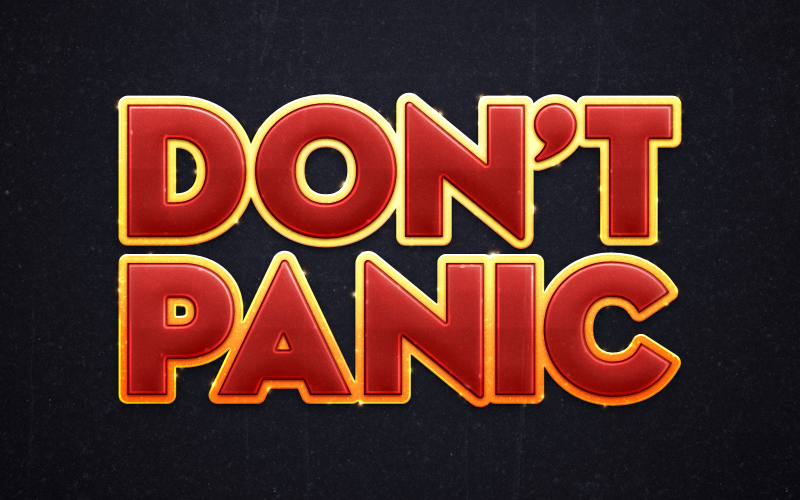 Bitcoiners, Stop Worrying About Everything!

Working in the Bitcoin world is like working for a drug addict with bipolar disorder. There are brief periods of astonishing, irrational exuberance followed by long periods of deep existential dread over basically nothing. During the good times, nothing can damage Bitcoin’s spirit. But for most of the time, bitcoiners are a bunch of namby-pamby worry-warts who wet their pants over everything.

The Bitcoin world is neurotic in the way that fear dominates it. If there is not enough merchant adoption to satisfy them, they worry about hoarding and a liquidity crunch. If there is too much, they worry about downward selling pressure. If Bitcoin adoption happens too quickly, they complain about volatility and bubbles, and if it happens too slowly, they complain that no one cares about Bitcoin. If the financial world ignores Bitcoin, people worry that people are not interested, and if it pays attention, people worry about regulation.

I find it unbelievable how consistently the Bitcoiners reinterpret everything good as some kind of problem. The Silk Road is bad for Bitcoin’s image, as if Bitcoin needs to worry about image. Bitcoin’s volatility—a reflection of its extraordinarily rapid growth—is seen as something that will make Bitcoin unrespectable. Bad press of any kind is feared, when with Bitcoin there is almost no such thing as bad press.

The idea that anyone could ban Bitcoin is a joke. Any attempt to do so would be monumental hubris. As if the police are somehow going to stop people from carrying private keys around and connecting to the internet. Bitcoin is too useful for people to worry about whether it is legal or not, and it is also too useful for government agents to put a serious effort into trying to stop it.

You know what’s going to destroy Bitcoin? Nothing, that’s what. Maybe a nuclear war or a giant meteor could do it, but not much else. The problem with Bitcoiners is that they think Bitcoin is fragile when it is really antifragile. It is no coincidence that Bitcoin keeps surviving every crisis. It survives because it is immortal.

As long as there is profit to be made in the Bitcoin network, Bitcoin will mow down attackers. For every outside force which threatens Bitcoin, there are many internal forces building the tools required to counter it. These countermeasures aren’t necessarily always visible in the news, but everyone in Bitcoin has the incentive to protect their investment, and therefore has the incentive to develop tools to counter any problem. The sum effect of all these invisible innovators is that Bitcoin acts like an aikido master to deflect and absorb the forces that act against it.

This all requires a little bit of faith to keep in mind because one has to believe in something that is not always visible, based on the rational expectation of its existence. But this is not so different from ordinary life: we know that the news gives us a biased sample of reality and we know that we must pay attention to what is seen and unseen. The only difference is how extreme the Bitcoin world is, how much pure FUD there is everywhere, both innocent and deliberate. This has to do with the fact that the Bitcoin economy changes so rapidly in scope and nature, that it is difficult to keep up with what is real and easy to get away with telling falsehoods.

Bitcoiners, take a chill pill. Any time something happens, think to yourself, “How likely is it anything happening now is going to matter a month from now?” The answer will nearly always be “not at all”. You are sitting on perhaps the most wonderful secret one might expect to find in this mundane world and yet you can’t find a moment of contentment. Sit back, close the web browser, have a nice glass of wine, and then take a long nap.