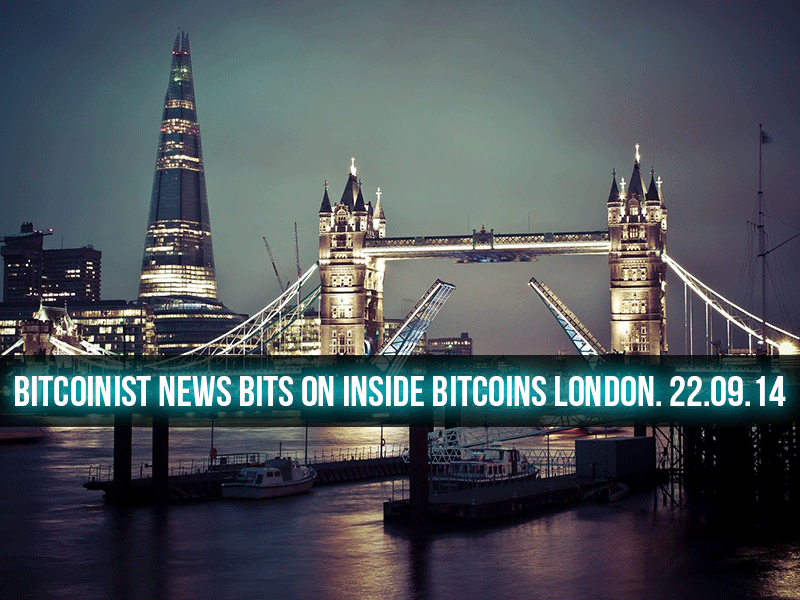 by Bitcoinist
in Bitcoin, News
0

Welcome everyone! IT’S TIME FOR THE Bitcoinist NEWS Bits!

This week we are going to give you a short summery about Inside Bitcoins Conference that took place at the beginning of this week in London.

The conference had over 200 attendees and a bunch of exhibitors including Cex.io and Ghash.io who were actually the Platinum Sponsors of the event along with Strevus.

Jeffrey Smith the CIO of Cex.io announced their new project called PlugChain an open API for building bitcoin applications. This platform enables developers to create many cryptocurrency applications like wallets and merchant apps. It is really important to point out that this is a Non-profit API. Smith says “it will always be free,” and was created solely to help develop the bitcoin ecosystem.

We recorded a really interesting keynote from Blockchain CEO Nick Cary who talked about the development stages of the company and also shared some interesting stories regarding bitcoin in the world. One was at a journey when he visited his sister in Morocco.

Hakim Mamoni the co-founder and CTO of Seedcoin gave another really interesting keynote about Decentralized Technologies: the lifeboats for society. Here is a shortpart of his speech of what are his dreams for the future.

Thank you for watching and stay tuned for the next Bitcoinist News Bits. Please don’t forget to subscribe to our YouTube channel.