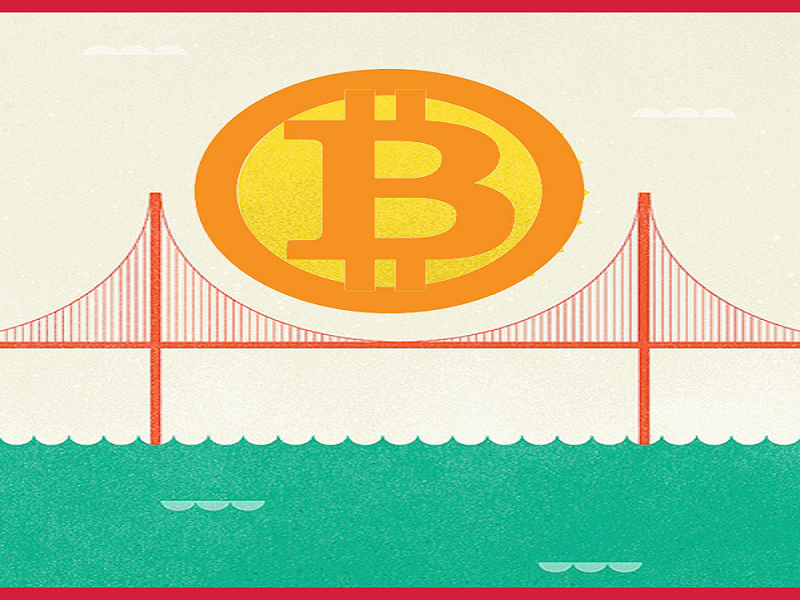 Blockchain.info. Surely you’ve heard of it. It’s one of the more original and long-standing organizations in the Bitcoin space; one that has had its share of negative, and positive press — an issue faced by many others in the space, too.

Also read: The Future of Blockchain.info

Trusting companies in the Bitcoin industry can be difficult. The constant fear of over-regulation, exchanges going belly up, internal employee theft risk, the external risk of hacks/exploits — who do you trust? That’s a very difficult question to answer. The real answer is to be as non-dependent on trusted third parties as possible.

However, in a space that is so complex, ever-changing, and increasingly more political as the days go by, you’ll have to trust some of these companies at some point. That trust, however, should not be wholly dependent on a flawless operational record. Trust should be gauged more specifically on the individuals behind these businesses and what they do when faced with media/public backlash and scrutiny.

So, I spoke with Kristov Atlas, semi-recently appointed Security Engineer at BlockChain while he was here in San Francisco for the RSA Conference. The venue was The Grove at Verba Buena. For any “foodies” out there: Yelp gave it 3 and 1/2 stars, a solid pick.

I wanted to pick Kristov’s mind for a little bit and see what sort of things prominent brands in the bitcoin space are doing to stay ahead of the exploits/vulnerabilities. Also, how his tenure at Blockchain has affected the overall operations of the company.

Kristov Atlas is a network security and privacy researcher who has been in the Bitcoin space for quite some time. He is a Computer Science alumni hailing from the University of Massachusetts Amherst and Stony Brook, now living in New York — where one of Blockchain.info’s offices is located. Prior to his role at Blockchain.info, he was an independent security consultant for exchanges and wallet providers — and he wrote a book on bitcoin anonymity.

Not a bad resume for anyone in the crypto industry. But, we shouldn’t focus specifically about what’s on paper. Blockchain did a great personal interview on him that goes in depth you can check out if you’re curious: here. However, anyone can do an informational interview. I focus on the person, and whether I believe what they say matches how they say it, anyone can be an actor online – but in person it’s hard to hide behind the veil of an online handle. That’s why it’s important to be objective of the opinions of others, especially in this industry – and form your own beliefs about those working to aid in evangelism and adoption. There are often issues of grandeur and putting some of those in the Bitcoin space on a pedestal based solely on their actions; analyze, extrapolate and find the truth behind the truth.

I sat down on a stool at a long wooden table adjacent to Kristov, I had gotten there right as he and his friends were finishing their meals. Kristov was drinking an unsweetened tea; as a man from the south (Georgia, Virginia), I appreciated the choice of beverage.

I began by asking him about how he got into the Bitcoin space, and he spoke about his romping through libertarian and anarch-o based forums. One day he read a mention about bitcoin, but shrugged it off, as it didn’t seem like a big deal to him at the time. After a while, he took a look at the whitepaper, and hopped on board not too long after.

He also spoke about how Proof of Stake was something that should be strongly looked at, but the possibility of PoS for Bitcoin anytime soon is unlikely. Currently, he isn’t too heavily involved in the altcoin space, as his main focus is on his duties at Blockchain. But, he did mention his involvement with Dash (previously Darkcoin) in his early days — doing an audit of their codebase. That led to an obvious segue about sidechains and how he believes they may play a major role in the adoption of blockchain technology, with many altcoins eventually migrating to side chains.

Kristov, throughout our discussion, spoke confidently about a myriad of topics relating to the Bitcoin space. We also both agreed that the Bitcoin Foundation is too much trouble. Major reform is necessary within the Foundation, as its members seem to be focused on their own personal agendas instead of on advocacy, adoption, and evangelism as it should be.

So he’s level headed and has the bigger picture in mind for Bitcoin; an excellent sentiment when working for one of the larger companies in the bitcoin industry.

One of the things I noticed throughout my interview with Kristov was that he had a lot to say. He spoke confidently as I stated before, but one of the things I noticed was his eagerness to compliment his colleagues. He spoke very positively about the CEO of Blockchain.info and how he was a major factor in Kristov ultimately taking the position. He went on for quite sometime about the founder’s (Ben Reeves) implementation of “Sharedcoin,” (a derivative of “Coinjoin”) and how he has a lot of admiration for Ben and his intelligence. He also mentioned that some of the best people working in the space are often the ones working in the background; and his respect for Blockchain as a company, especially those managing at the top.

We then came to the most important subject of all: the current security processes and improvements at Blockchain.info. Kristov seemed to perk up at the mention of this topic; things got real serious real quick. He went on to discuss how Blockchain did everything in its power to contain the damage from the vulnerability that caused the company to leak 267BTC to the kind-hearted security researcher who goes by the name “johoe.”

Kristov went on to explain how issues like these are inevitable in the space, and that these issues help the industry learn from their mistakes going forward. He mentioned how the industry’s best practices were going to be learned and perfected over time, and how financial software is a big deal and that it’s his job now to ensure Blockchain’s remain top notch. He discussed how he audits the processes and procedures for the software development lifecycle and ensures that proper vetting of outgoing consumer facing code integrations happen on a regular basis. Kristov seemed very proud when explaining his new role and what it entailed. It was very obvious that he understood the implications of the exploit that Blockchain.info faced, and that he was determined to ensure it wouldn’t happen again.

Once we had finished our initial interview, we had a chance to chat about some other pressing things going on in the space. One of the more interesting tidbits was in regard to Kristov’s opinions on hardware wallets, something that he said he’s personally happy to see. He explained how dedicated hardware wallets (like Trezor and Case) are best to reduce risk. Continuing on he pointed out that it’s crazy to believe that we’re still storing wallets on paper in 2015, in a world that is still so mobile-centric. His points were valid, and I agree with his sentiments whole-heartedly.

Overall, Kristov Atlas is a very intelligent and ambitious purveyor of the Bitcoin industry. He is now using his talents and specialized expertise to help usher in a new segment of Bitcoin software at Blockchain. Something that I can personally say motivates me to instill my trust in them knowing Kristov is on the case.

Hopefully, Blockchain.info realizes what a significant asset Kristov is and keeps him around for the long-term.

Do you agree with Kristov’s opinions? Let us know in the comments below!

Business Developer by day for Zignal Labs. Writer and cryptocurrency junkie by night. Evangelist for new and disruptive technologies, big data analytics, and fitness. Got into Bitcoin late 2012.