Bitcoin Mining Giant Bitmain Worth $12 Billion After Latest Funding Round

Bitmain, the Bitcoin mining behemoth, is now reportedly valued at $12 billion. This new valuation comes after the company closed a $400 million Series B funding round. Bitmain, which controls a major chunk of the Bitcoin mining hashrate, is also set to invest in the upcoming Opera browser IPO.

According to local news sources in China, Sequoia Capital, Coatue, and EDBI were among the leading firms in the Series B funding. Sequoia Capital was also part of the company’s first round of funding which raised $50 million in July 2017.

Inside sources also reveal that the company has plans for a pre-IPO funding round. In May 2018, Canaan Creative, a rival mining company, also filed for a $1 billion IPO in Hong Kong.

Established in 2013, Bitmain has risen to become one of the most recognizable names in the burgeoning cryptocurrency industry. The company posted profits of between $3 billion to $4 billion in 2017. The company leads the way in both the manufacture of Bitcoin ASIC mining rigs as well as owning the two largest Bitcoin mining pools.

Recently, it was reported that the company was approaching 51 percent control of the Bitcoin mining hashrate. This is because Bitmain owns  AntPool and BTC.com, the two largest mining pools in the Bitcoin blockchain. Both pools account for about 35.4 percent of the network’s hashrate. Bitmain also owns a stake in the ViaBTC pool which is the third-largest mining pool in the network. 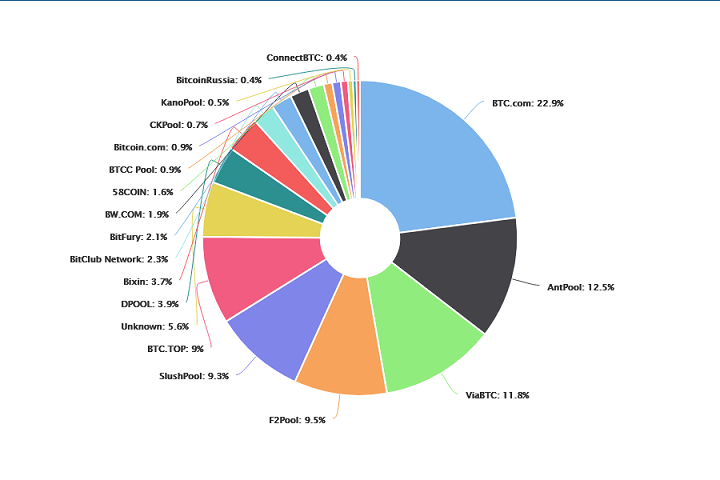 Bitmain’s Bitcoin mining monopoly has led to concerns over a possible 51 percent attack. So far in 2018, there have been at least five reported attacks on such nature on blockchains running proof-of-work mining algorithms.

Most of these attacks have been combined with a double-spend attack to increase the severity of the hack, siphoning millions of dollars in tokens from these blockchains. However, there is likely far less economic incentive for Bitmain to bit the hand that feeds it, namely the Bitcoin network.

In another development, Bitmain is gearing up to invest in Opera Ltd.’s $115 million IPO. The mining giant plans to buy $50 million in shares via a private placement under the aegis of Tospring Technology Ltd – which is another name for Bitmain.

This isn’t the first time that Bitmain is dominating an investment campaign. In May 2018, the company also backed Circle’s $110 million investment round.

Do you think Bitmain will be able to attain 51 percent control of Bitcoin’s hashrate? Let us know your views in the comment section below.