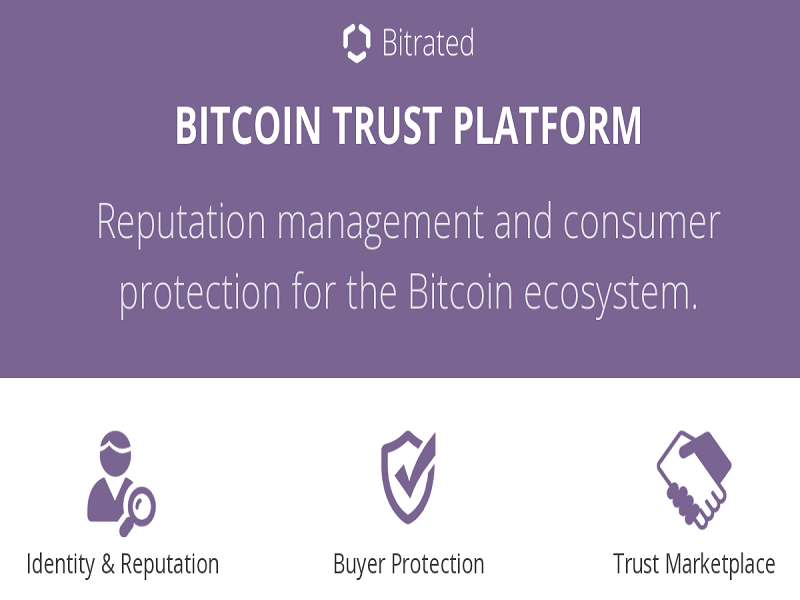 Bitrated to Bring Reputation to the World of Bitcoin

Bitcoin is a great way to move money around the world, and it is also a movement that wants to decentralize all services. However, the digital currency has not been embraced fully just yet, due to identity and reputation management, which could not be decentralized up until now. Trust remains an important factor, and people don’t trust decentralized platforms just yet. One of Bitcoin’s positive aspects is that there will be no disputes when things need to be resolved. But, how can you be sure you are not getting scammed with Bitcoin? A proper solution needs to be found, and the Bitrated team thinks its reputation service will provide that solution.

he name Bitrated has been floating around since 2013, its platform was one of the very first multi-signature implementations. Bitrated’s service encompasses quite a few things, including identity and reputation management to build up a web of trust. Building up a reputation on the Bitrated system can be achieved by completing transactions.

Unlike popular marketplaces such as eBay, which don’t let users import offline reputation onto their platforms ,Bitrated will give its users that option. Additionally, Bitrated will make use of opt-in verification, which means users just need to show that they have some reputation on any platform in the real world. A specific algorithm calculates the Bitrated score for each user by using online identity metrics (Linkedin, Github, Facebook, Twitter.)

Bitrated will generate a multi-signature Bitcoin address and offer complete buyer protection via a third party arbitrage. The company has no access to users’ funds during any step of the process, yet they will offer reversible payments. Lastly, all funds will be locked by using smart contracts. As soon as the contract parameters are fulfilled, the funds will be released to the rightful owner.

Should a dispute arise, Bitrated users can get the matter resolved quickly. They will have to log into their accounts, click the “Dispute” button, and the resolution process starts. An arbiter agreed upon by both parties will go over the issue and decide who’s in the right. Arbiters are collected on a marketplace, and this person has to be chosen in advance. Every arbiter will have their own profile and their own feedback, as well as a fee structure based on the free market.

The Progress so Far and Future Plans 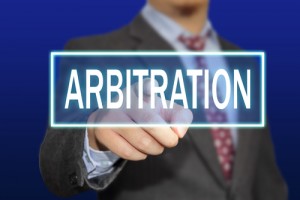 Bitrated’s MVP feature launched in September 2013, and version 2 was released just two months ago. Currently, there are almost 2,000 Bitrated users, and $80,000 USD worth of trading volume has passed through the platform. The team hopes to hold another investment round in the near future. Right now, Bitrated is not making any money.

The Bitrated team wants to monetize its service in a non-intrusive way. To make money in the future, tiny commissions will be shaved off of every transaction.

The code powering the Bitrated platform is open source on Github, so anyone can have a look at it and propose suggestions or additional features. Future plans include integrating the Bitrated API with OpenBazaar, to create an advanced communication level.

What do you think about Bitrated? Let us know in the comments below!

Images courtesy of Bitrated and Shutterstock