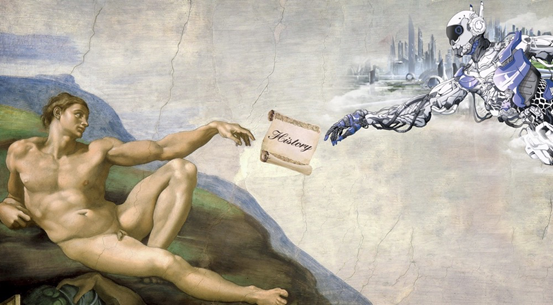 Block History: Virtual World Is Not a Fake World

by Bitcoinist
in Press releases
24

In metaverse, conservative people might subjectively conceal content that they don’t necessarily wish to see, for example, abortion and divorce, and liberals might have a contradictory attitude to firearms.

The result is that even though these people with two opposing standpoints are present in the very same virtual world, they are exposed to different information.

Perhaps we need an oracle linking the virtual and the real worlds. 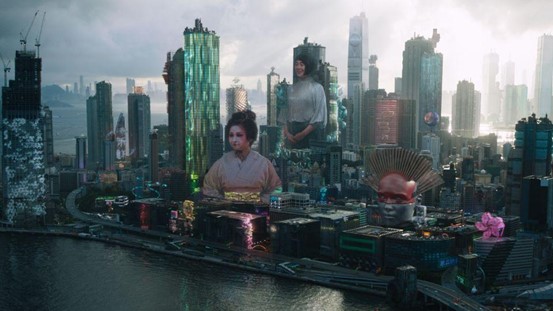 The currently hotly-debated concept called metaverse is at the core of this argument.

The rise of metaverse has not only surprised people but also brought some concerns.

Both Musk and Liu CiXin, a renowned science fiction author of “The Three-Body Problem” believe that becoming excessively immersed in the metaverse can lead humanity to lose the enthusiasm to further explore the metaverse. Simultaneously though, by changing the name of Facebook into Meta, Mark Zuckerberg expressed support for the idea.

For the time being, Mars is very distant, but the metaverse seems to be at our fingertips. Based on the hype we have seen surrounding the concept of the metaverse, it seems that most of us would rather embrace metaverse with open arms.

Admittedly though, we cannot deny that more progress made in the space leading to a more personalized metaverse experience could bring us even more sophisticated ways of expressing ourselves in a variety of ways, and as a result – could let us live even more colourful lives.

But currently, the space is buzzing with overwhelming noise.  People already face the hard task of exploring the truthfulness of facts, and to make things more difficult, in metaverse, advertisers and 3rd party information providers offer their own version of the virtual world, making it difficult to tell what is true and what is not.

As described above, within the metaverse, every person has autonomy regarding their choice of information. This can lead them to further gravitate towards the information they like and to make them believe in what they want to believe, at the same time ignoring information they might dislike. Information providers will filter information according to the user preferences, conceal part of the facts or even distort them.

People in such an environment might have a distorted and unscientific understanding of the real world. This might seriously harm personal growth and social development, just like TikTok did in a way.

Obviously, we cannot control users’ personal preferences – users sure have a completely free choice of what they would and wouldn’t like to see.

However, we should stay very vigilant as far as the possibility of information providers distorting the truth is concerned (which is very likely to happen).

Therefore, between the virtual and the real worlds, we will need an oracle.

In the blockchain world, the concept of oracle is usually understood as a third-party on-chain service providing accurate data feed, which guarantees that the discrepancy of the price of a digital asset pulled from different sources is kept within an acceptable range.

Within the blockchain ecosystem, we strongly depend on the oracles.

Since the narrative further gravitates the concept of the vast metaverse,  those kinds of services will also be in need.

That’s exactly the reason why the idea of Block History was born.

What is Block history?

By spending just a little gas fee, anyone can upload their record of a given historical moment or other events of significant importance on Block history.

Block history believes that no matter whether it is a big historical event for the whole of mankind or just a snapshot of your personal life – all moments are worth uploading on-chain and therefore – becoming both the present and the future in the virtual and the real world alike.

On Block History, within 30 minutes of minting the NFT of the event, the first 100 users will be able to follow this event and mint a related NFT copy.

The process of minting NFTs is purposefully designed that way since at Block History we all think that important events have their intrinsic value and should be made known to the public.

By being witnessed by many users, the relative objectivity of the factual record can be guaranteed. This assures that Block History, as a future oracle for the metaverse’s, can provide truthfulness and reliability of the facts.

Moreover, for many participants, Block History also provides the services of an NFT exchange, incentivizing everyone for making effort to record the truth.

Every NFT bears the moment of truth in the process of endless exchange and future value appreciation.

Apart from this, a good ecosystem cannot be separated from a science-based management mechanism.

In the ecosystem management of the Block history, the fees that users paid for minting and NFT will result in a 2% commission that will be sent to the ecosystem vault and later managed by DAO.

These funds will be used as incentives to reward NFT holders who take part in weekly, monthly, and annual contests.

No matter whether we are talking about the real world or the virtual world, recording the truth shouldn’t be a privilege of the chosen few.

In contrast, anyone should be able to freely express the truth and this right shouldn’t be interfered with or concealed by any power or person.

The importance and uniqueness of Block History lies in the fact that it combines irreplaceable features of blockchain as a trustless and immutable database and, at the same time, it honestly records the truth and rewards the efforts of those who do so.