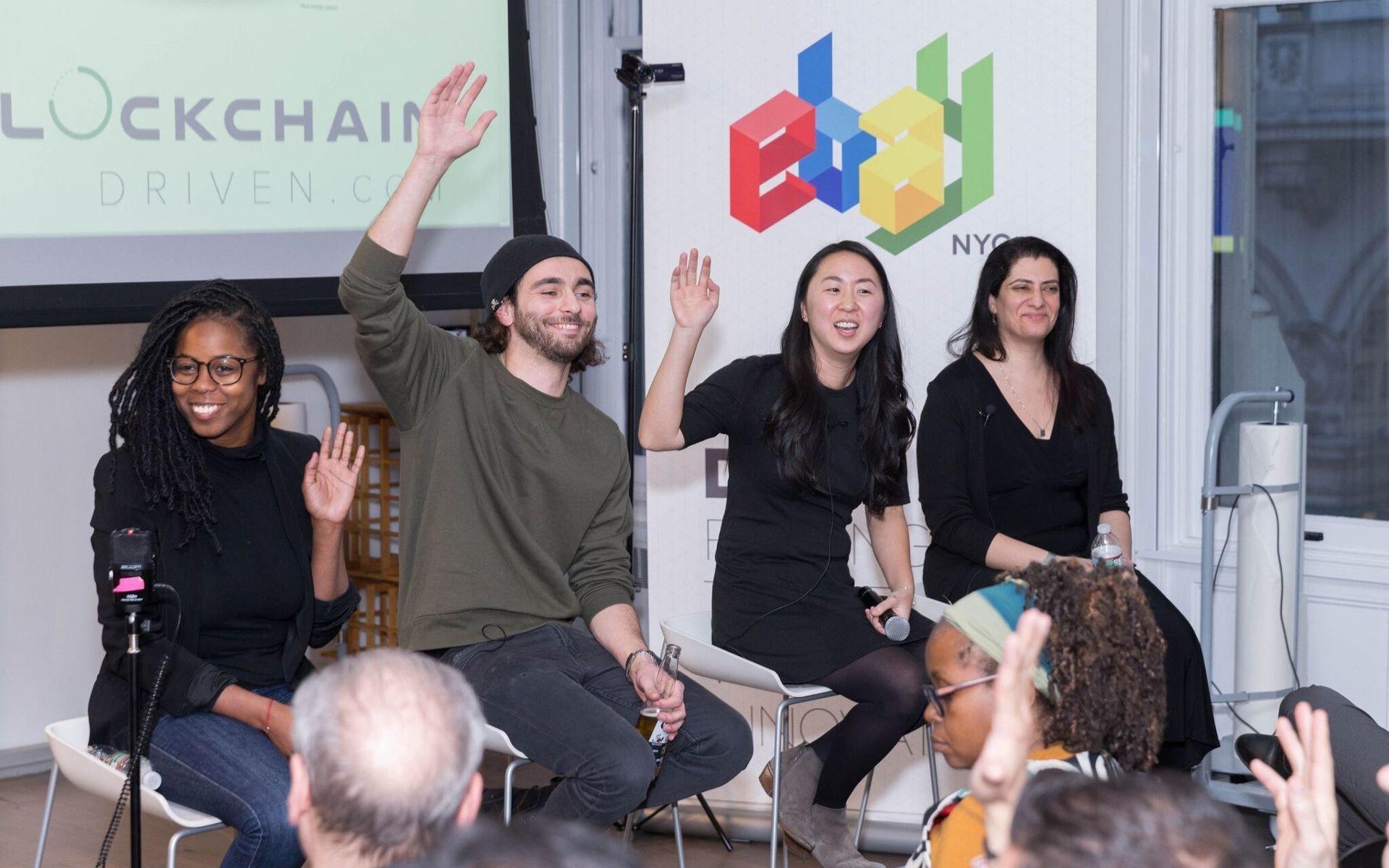 Blockchain of the Future [Event Coverage]

There are a lot of events covering blockchain and cryptocurrencies these days, though few have touched on the impact the technology will have on the mainstream public. The event “Blockchain of the Future: Smart Cities, Media, Smart Contracts & Beyond” gave us a look at how blockchain can affect our lives on a more social level.

BlockchainNYC.org has hosted numerous events often focusing on finance, healthcare, and logistics, areas where blockchain has an obvious fit. They’ve done well bringing in well-known names as speakers on their panels and attracting huge crowds as New York City’s largest blockchain group. Going in to this event held at the eBay NYC event space, it wasn’t surprising to see so many people enjoying drinks and networking, though it had a distinctly lighthearted feel. 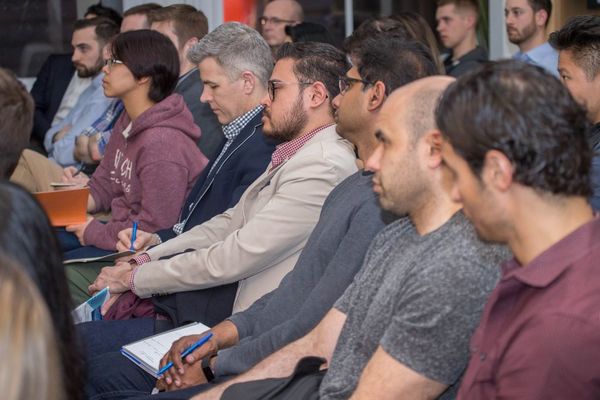 Talking to those who attended, it was clear that they were hungry for ways to connect blockchain to their peers who don’t have much knowledge on the space.

The diverse set of speakers certainly delivered. Maggie Hsu of AirSwap, a decentralized token exchange on Ethereum, brought in the expertise on cryptocurrencies and blockchain that we’ve come to expect from events on the topic. Though speakers like Tyler Gold of Vice Media; Lillian Ruiz from Civil, a journalism-focused blockchain company; and Karen Bhatia, who works with EDCNYC, were able to connect those ideas to the mainstream public.

Most people have taken a backseat in blockchain developments, not realizing nor understanding how great an impact it can have. These impassioned speakers connected to this audience and sparked a thirst for knowledge in a wider demographic of people. During the event, Lillian Ruiz from Civil remarked:

Blockchain itself is not going to unlock anything. We need a wider depth of field…a less capitalist world view. We’re talking about a seismic shift in technology, so it benefits us all to think a little bigger. 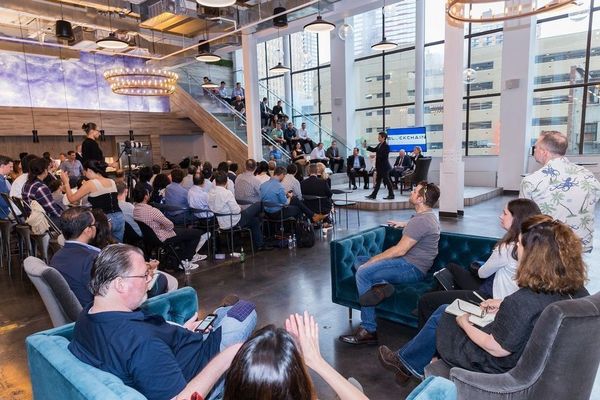 They talked about social media and how cryptocurrencies will allow people to earn tokens from their original content. An issue many currently have due to content being stolen and reposted, with little to no reward for their efforts. Platforms like Steemit and Civil were highlighted as a means to achieve compensation for content creation, not only driving a community of sharing from content providers, but allowing people to feel secure in the fact that their private information won’t be sold to advertisers.

As social media has become a major aspect of people’s everyday lives, hearing of these revolutionary changes was enough to convince those more passive towards blockchain about its importance in the future.

It opened a lot of doors, and I noticed more people taking notes and an active interest in the topics than I’ve seen before at similar events. Transitioning into smart cities, it began to make sense to those less knowledgeable how building city infrastructures on secure data could impact their lives and not just the behind the scenes of how cities are run. Estonia was a great example of this. Nasdaq notes:

Is it any surprise that our cities are growing up and getting smarter? From the 1950’s onwards, cities were built around cars; now smart cities are being built around data and information. The obvious next step is to share data which is a good reason why sharing and decentralization on blockchain is important.

With these points established, it was easier for people on the less technical side to absorb information about blockchain, the role cryptocurrencies play, and what smart contracts are and how they can be utilized. These aren’t topics that only investors should be keeping an eye on. This technology will play a pivotal role in everyone’s lives. It was inspiring to see everyone in agreement and actively taking an interest in this transformative technology.

Seen any good events recently? How do you think blockchain will impact the mainstream public in the future? Let us know in the comments below!