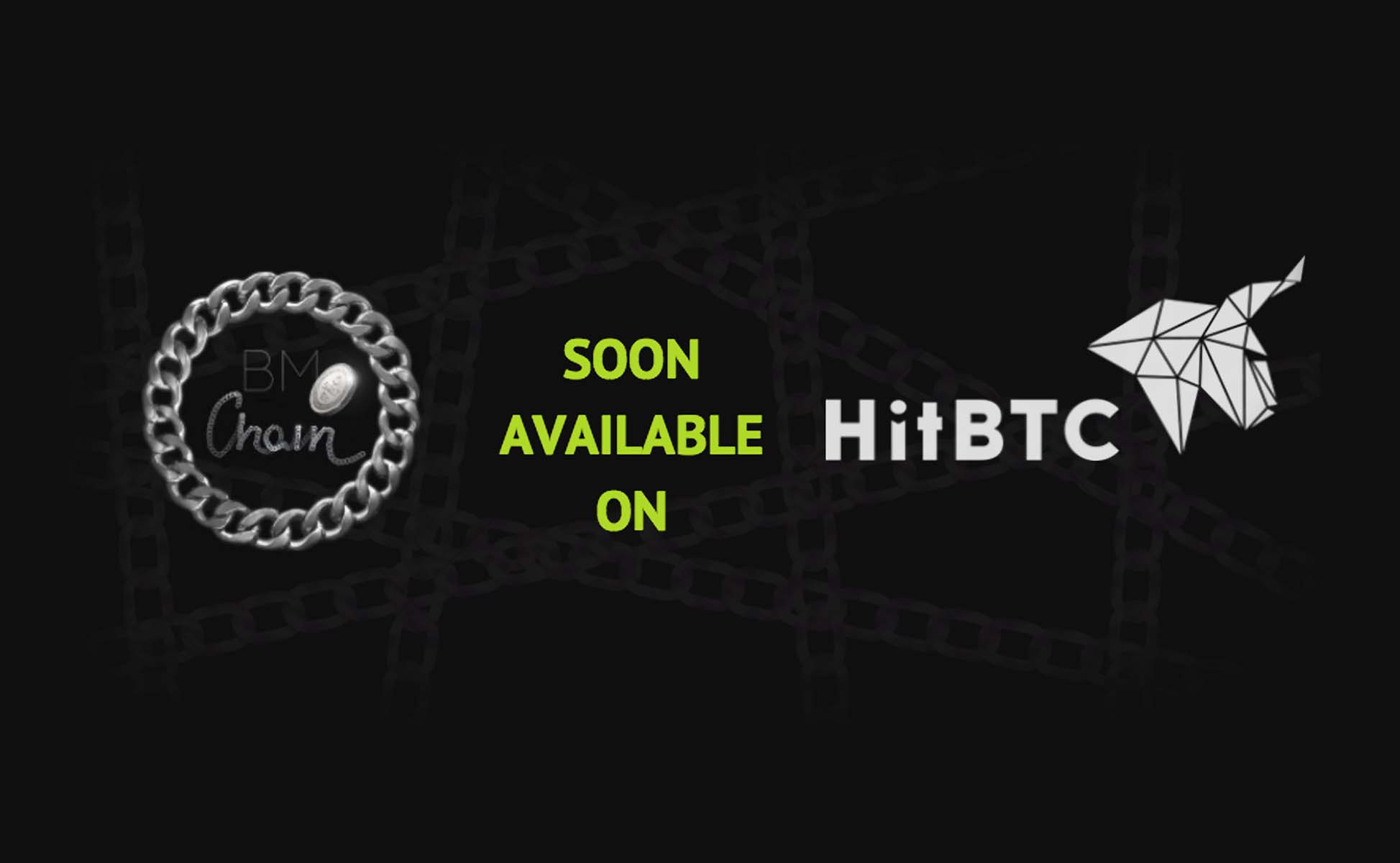 The BMCHAIN team reported on the successful completion of negotiations with one of the largest cryptocurrency exchanges in the world. Recently, HitBTC officially announced plans to add BMT in its listings already in October. It is stated that the token will be traded in pairs with BTC and ETH.

HitBTC is included in the Top Exchanges by the daily trading volume. Over the past day, the total volume of transactions amounted to more than $ 104,000,000, which is higher than Poloniex’s $ 5,000,000. In addition to cryptocurrency assets, such well-known tokens as STEEM, EOS, ANT, WAVES are represented on the exchange.

The first version of the platform will be released before the end of the year. In one of the weekly reports published by BMCHAIN developers talk about how the future project is being built:

At the moment, much work has been done to create the first version of the platform, which includes the deployment of a test network and the development of the primary functionality of the system. The functions of writing posts and comments, viewing posts, lists of posts, likes have been implemented. The design of the site with elements of the user-friendly interface is being developed with the shortcomings of existing social resources and platforms taken into account and corrected. The adaptive mobile interface has been implemented and now is being tested.

Together with the development of a new platform and negotiations with large cryptocurrency exchanges, there is an active selection of 100 first companies that wish to accept BMT tokens as the payment for their products and services. More and more partners see the prospects of cooperation with BMCHAIN through building an honest reputation that will make the business relationship even more profitable, reliable and transparent.

Many partners took part in the pre-ICO and ICO of the platform themselves, which indicates a high level of trust in the project. The functionality developed within BMCHAIN will allow partners not only to use the opportunities for building their own reputation based rating but also to introduce new technologies into the business process with the aim of automation, reducing transaction costs and implementing more complex tasks.

What services will be available in the near future for BMT tokens? Participants of the BMCHAIN platform will be able to use new reputation assets for renting a vehicle, buying a real estate property, visiting a restaurant or buying IT products. In the near future on the site bmchain.io will be created a special section in which will be placed all the projects connected to the platform on unique conditions. Thus, having BMT tokens, goods or services can be purchased at a discount of up to 50%, which will allow the owner of the token not only to successfully monetize its activity in the new project, but also to receive significant benefits when using BMT as a bonus point.

As of October 7, in the system registered about 17,000 people. More than 3,000 partners confirmed their desire to connect their project to the platform and accept the BMT token as payment for goods or services. Any company that is already on the market can join the BMCHAIN partner program. To do this, it is suggested to record a video about the project and the desire to connect to the platform and post it on YouTube or Facebook with the hashtag #buyforBMT. “If it turns out to be interesting, 500 000 users will know about your business,” the BMCHAIN report says.

Meanwhile, in the official Telegram chat platform many users are already building a forecast regarding the exchange rate of the new coin. It is assumed that at the end of the crowdsale may occur the activation of large investors, as it was during the preliminary rounds. Then in the last minutes the contract of BMCHAIN received two large transactions of 777 and 405 ETH.