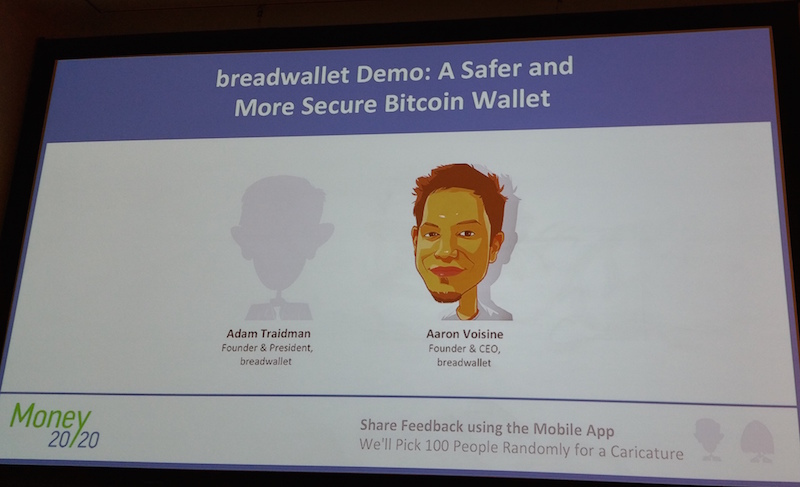 “This really is just the tip of the iceberg, this is the beginning. We’re very passionate about bitcoin, we really feel like we all are witnessing history; major change — bitcoin is as disruptive as the evolution and the invention of the internet. It will change the way that the financial system works. You were here, you saw it happen, join the revolution, download breadwallet on the Appstore today and get started,” says Adam Traidman

The breadwallet team strives to bring an intuitive, secure, and easy to use experience for everyone whether they are familiar with the underlying technology that powers bitcoin or not. Breadwallet boasts greater security than centralized solutions because central servers can be targeted. The iOS wallet never has to be backed up and can be recovered by using a passphrase because it is a BIP32 hierarchical deterministic wallet. Breadwallet pass phrases are theoretically compatible with those of the android implementation of Hive wallet because both wallets build on similar deterministic structures.

“breadwallet is the first bitcoin wallet for iOS that actually connects directly to the bitcoin network,” says Aaron Voisine.

Breadwallet achieves its direct connection to the network by using Simplified Payment Verification. The verification mechanism is defined in section 8 of Satoshi’s original bitcoin whitepaper, and makes it possible to verify payments without running a full network node. A full network node downloads and stores a complete copy of every block in the entire block chain, on the other hand, breadwallet needs only download a copy of the block headers.