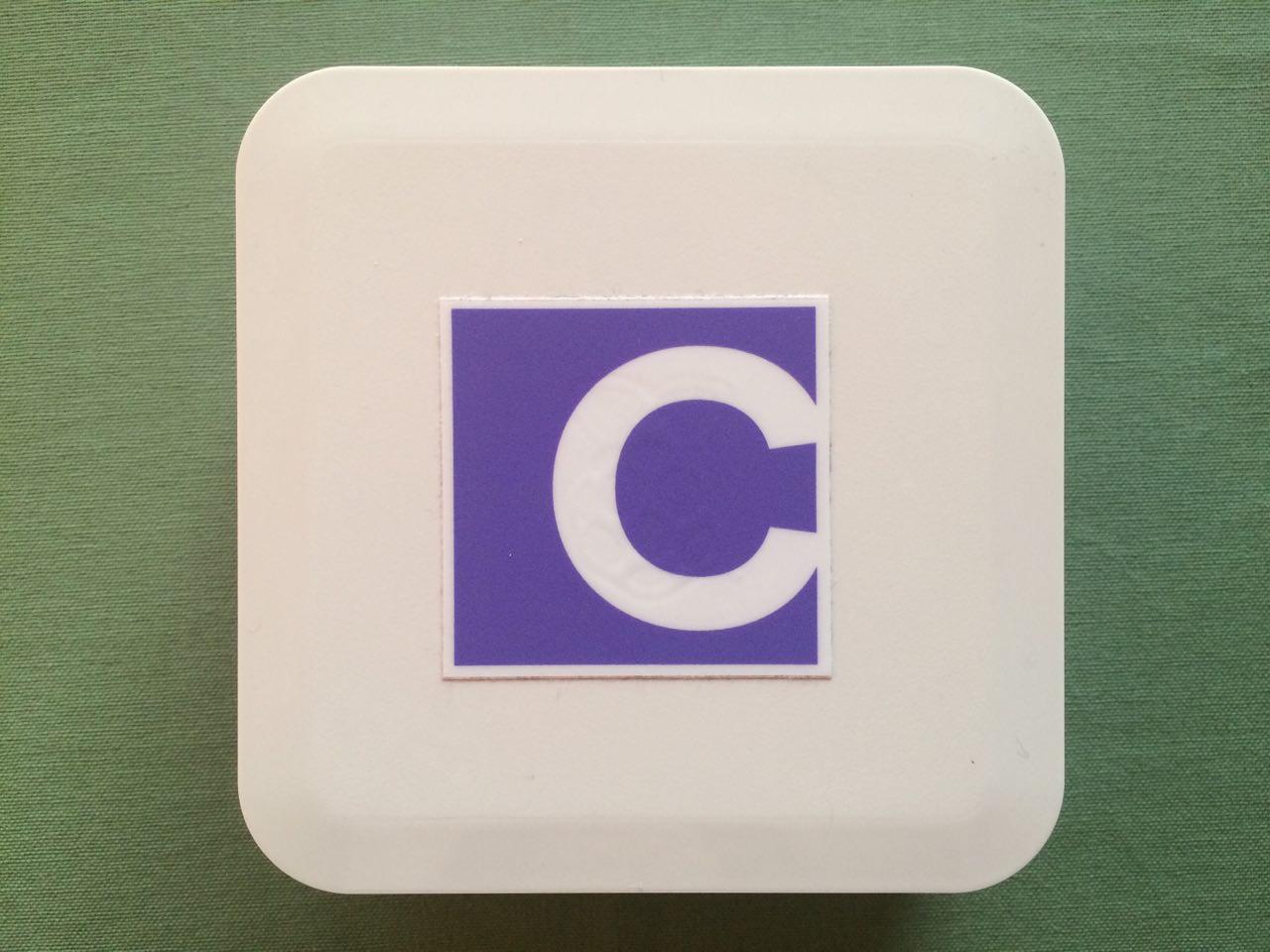 The Casa Node is an exciting product that promises plug-n-play functionality for those wishing to operate both a full Bitcoin node and a Lightning Network Node. The company sent us over two nodes — one for review, and another for a giveaway. Here’s our review!

The Casa Node’s design is simple and relatively understated. The node is essentially a small white box with a purple Casa logo stuck on the top — and that’s about it. Unlike a bulky or sometimes-atrocious-looking piece of mining equipment, Casa’s node is discrete. It will likely not be noticed by any guests chilling in its vicinity.

As such, it won’t be the most beautiful piece of tech in your household, nor will it be the ugliest. In reality, it should blend right in next to your wireless router, should you choose to place it there — which you probably will, since it requires a wired connection.

One particular design flaw, perhaps, is the fact that you have to — literally — plug the Casa node into itself. Specifically, the internal hard drive needs to be plugged from one side of the node into an adjacent side with an included cable. It’s not an elegant solution but was presumably done to keep the node small. Either way, it’s kinda weird.

The device itself isn’t particularly sturdy. I highly doubt it would survive a drop from your hand to the floor — at least not multiple times — but this isn’t exactly something I’m willing to test. 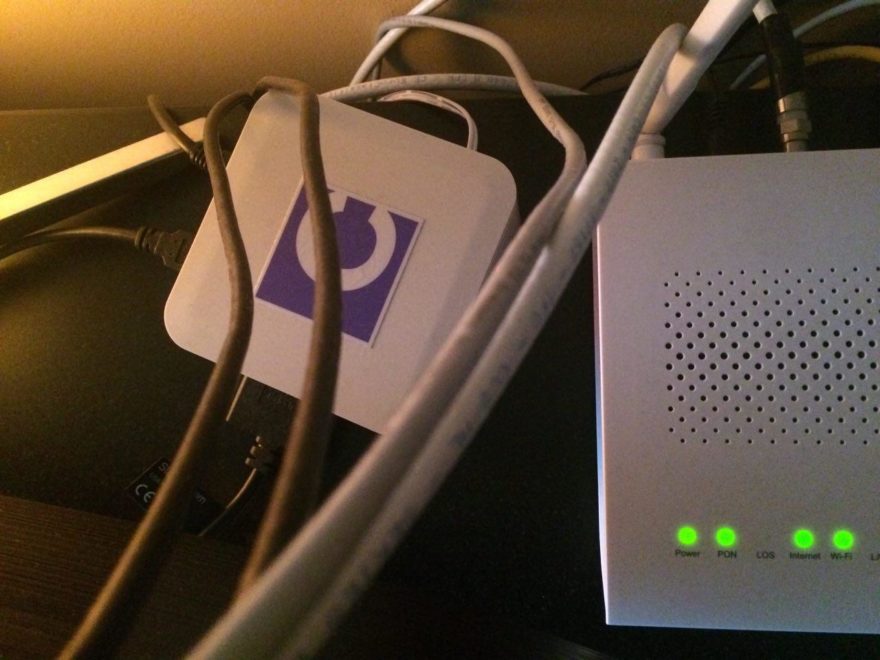 Setting Up The Casa Node: Get Comfortable

Setting up the Casa Node was easy — and by “setting up,” I mean plugging it in. Everything after that was … let’s just say … not so easy.

I took the time to eat some lunch and calm my mild frustration while contemplating contacting customer support. When I came back from lunch, however, the dashboard had loaded itself into my browser.

The next step of the process was quick and painless, requiring writing down a 24-word recovery phrase and setting a password. (Note that there is no way to reset your password if you forget it — so you’d better not forget it.)

Then, the pain came.

After the Casa Node was fully synced, which didn’t take that long, the next hair-pulling step came in setting up the Lightning Network and receiving inbound connections for the Bitcoin Full Node.

Without getting too deeply into the details, the universal plug-and-play function that should make Casa Node special didn’t work in my case — a problem not so much with Casa, but with my wireless router. I am a fairly tech-savvy individual, but my router’s settings provided significantly more complicated setup procedures which rendered Casa’s self-help tips on its website useless.

Instead, I called up a smart friend who, after perhaps half an hour, successfully helped me set up port forwarding for the node. This opened up incoming connections to by Bitcoin Node while also opening up the Lightning Network. To be honest, it is highly unlikely I would have solved this issue myself before simply giving up.

I am confident I am not the only person who has had or will have these issues, as evidenced by the number of resources already dedicated to solving these problems present on the internet from both Casa and individual users.

Let me preface this section of the review by saying that I am personally bullish on Bitcoin’s Lightning Network, a second-layer scaling solution. However, my experience with the Casa Node all but confirmed to me that the Lightning Network is not ready for prime time.

Even with a fully-set-up Casa Node, I failed to both send and receive payments after multiple attempts. I had allocated a healthy amount of BTC to the Lightning Network, set up 10 payment channels using the node’s recommended Autopilot feature, and manually opened channels with various other users on the network. Nevertheless, I still maintained an incoming transaction capacity of 0.0 BTC. Even more frustrating, not a single payment sent to my friends and colleagues went through.

I’m not sure I am willing to blame Casa for this problem, as I believe the fault may lie more with the Lightning Network’s still kludgy state. There also could be networking issues on my side preventing the sending and receiving of Lightning payments. Either way, after some weeks with the node, I simply stopped caring.

My node apparently had reciprocal feelings, as every time I checked in on it, it was undiscoverable on my network with an IP scanner and appeared to be offline — despite the fact that I continuously left it plugged in and never shut off my internet.

The Casa Node is a simple and discrete device for operating a Bitcoin full node, which is does quite well. I highly recommend this device for anyone looking to participate in the strengthening of the Bitcoin network by operating a full node — there is no simpler way to do this, plain and simple.

As a Lightning Network node, I also recommend the Casa Node — despite my problems with it. Bitcoin’s second-layer scaling solution is a difficult concept for the average person to grasp, technically speaking, especially if they don’t have a fairly-deep understanding of Bitcoin itself. Because of this, setting up Casa’s device to successfully send and receive payments is no easy task, but it is almost certainly easier than trying to do it yourself via other methods.

If you’re on the fence about buying a Casa Node to run a full node and dabble with the Lightning Network, I say go for it. Or, better yet, enter Bitcoinist’s giveaway and win yourself a free Casa Node! (Stay tuned for more details.)

Do you have a Casa Node? Did you experience the same issues as our reviewer, or has your experience been significantly smoother? Let us know in the comments below!

Full Disclosure: The review unit was provided by Casa for the purposes of review. The giveaway unite was also provided by the company.