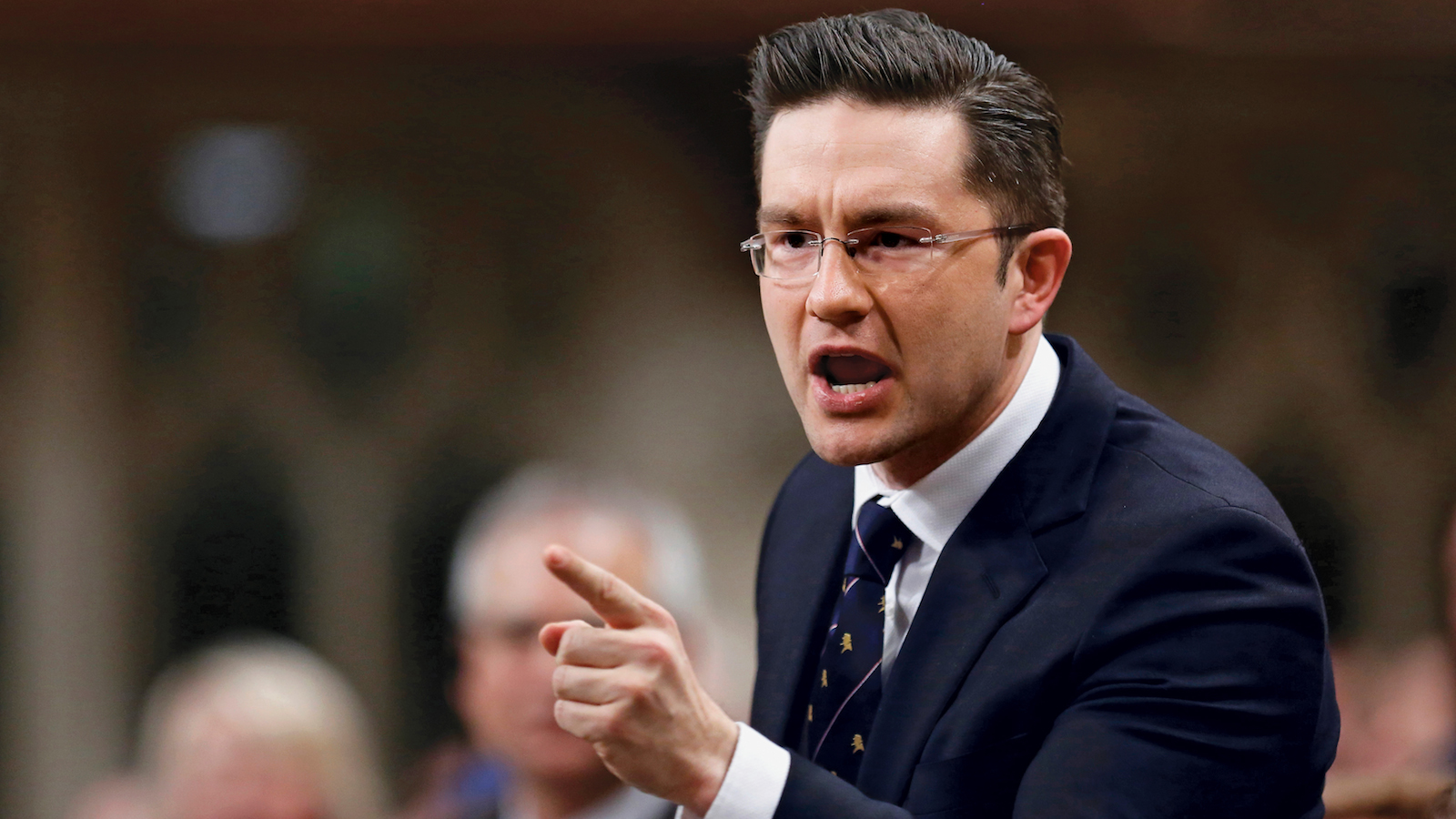 Blockchain and cryptocurrency have a big backer in Canada.

Pierre Poilievre stood in a busy shawarma restaurant in London, Ontario, on a drab early-spring day last week while on a Conservative leadership campaign tour.

A Shawarma For Photo-Op

Poilievre assailed Canada’s nearly century-old monetary establishment and the integrity of the national currency. And for the photo-op finish, Poilievre purchased a chicken shawarma with bitcoin.

The move was part of a bigger push by Poilievre — a front-runner to lead Canada’s opposition Conservative party — to brand himself as a pro-crypto populist.

“I want to wrest control of money from politicians and bankers and return it to the people,” Poilievre, who is seeking to challenge Prime Minister Justin Trudeau’s Liberal party in the upcoming election, said during a 20-minute address in support of cryptocurrencies.

Poilievre laid the blame for the crisis squarely on the shoulders of the Bank of Canada’s “$400 billion in cash out of thin air,” which he attributes to inflation reaching a 30-year high.

The  Conservative candidate, who is an ardent proponent of uncontrolled, risky cryptocurrency, stated:

“Because the government is destroying the Canadian currency, Canadians should be able to utilize alternative currencies such as bitcoin.”

Let people take back control of their money from bankers & politicians.

Get your membership. So you can vote for me as leader. To make Canada the blockchain capital of the world: https://t.co/d9I1ky9w2t pic.twitter.com/qQrJct9gKK

Since the inception of bitcoin in 2009, a number of conservative and libertarian investors have championed cryptocurrencies and blockchain.

This is a method of reducing government control over money, as the quantity of cryptocurrency tokens is not determined by a central bank such as the Bank of Canada or the Federal Reserve of the United States.

No elected politician in Ottawa has taken a more active interest in economic issues in recent years than Poilievre, who is vigorously campaigning for the Conservative leadership, the party with the best chance of unseating the Liberals and forming the next administration.

Poilievre has also urged voters to support him in order to “make Canada the world’s blockchain capital.”

As was the case with a number of other central banks during the Great Recession, the Bank of Canada has used quantitative easing over the last two years to stimulate lending and spending during a period of financial panic. This policy was phased out in October 2021.

Poilievre has raged against the program as the party’s finance critic because, like other conservative economists, he views the government’s authority to print money — which devalues current dollars — as a sort of taxation.

This is evident from an analysis of Bitcoin trading volumes in the country’s local currency. Despite this reduction, Canada is estimated to rank among the world’s top 10 countries with the most Bitcoin trade last year.