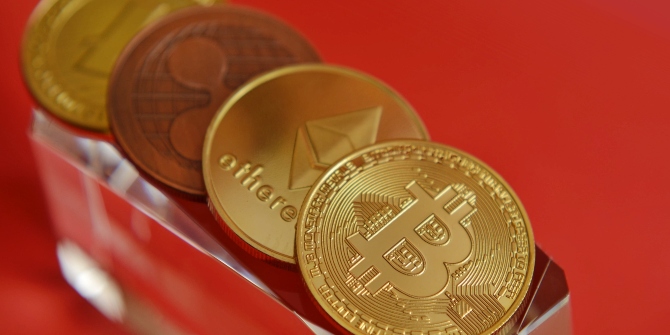 China has shut down many underground cryptocurrency apps. A total of 13 underground trading applications have shut down after putting a ban on them for almost one year.

As suggested by reports, China, which happens to be the world’s second-largest economy, has called crypto-related transactions illegal.

China regulators have taken down 23 crypto-media websites and 440 online accounts that were promoting cryptocurrencies.

Multiple bank accounts were also banned from providing over-the-counter trading during the intense crackdown. This crackdown was conducted by Beijing Local Financial Supervision and Administration.

This information was provided through a blog post shared by the People’s Court of Chaoyang District via a social media account. Beijing’s wealthiest and largest district is Chaoyang.

Ou Yi is the name of the Chinese exchange, also known as OKX, was one of the first platforms that faced a ban in the district court of Chaoyang.

Ou Yi was known to have continued offering trading services to Chinese users despite being banned by the authorities.

The People’s Bank of China, which is the central bank, has blocked 10 addresses that have been found to be downloading exchange applications.

It has also blocked one trading app and 32 domain names that are related to cryptocurrencies.

The blogpost hasn’t, however, mentioned the name of any application, website, or blogger while informing about the same.

The whole need to conduct a crackdown came after the Beijing Chaoyang District Court advised the government that there could be exchanges out there.

These crypto exchanges might still be operating in mainland China after the announcement of the ban in the month of September 2021.

This has led to a coordinated clampdown across various government departments. Some miners have gone underground in China.

This is after China banned crypto trading and mining in the year 2021. Many miners and media outlets have moved out of mainland China. Exchanges and wallet providers have also migrated out of China.

OKX Has Continued Attracts A Lot Of Traffic

OKX is still generating considerable amount of traffic from China and is even ranked 20th globally by 24-hour trading volume as seen on CoinMarketCap.

Reportedly, the platform OKX is still accessible in China and has been supporting direct purchases of crypto with Chinese Yuan.

The Chaoyang District Court had said in the post that this case came under their notice in the month of March, this year.

They were made aware of this exchange named Ou Yi that offered trading services to Chinese users. Ou Yi is the Chinese name of the exchange OKX.

It is a platform that operates from the Seychelles but has roots in China. China’s central bank mentioned that cryptocurrency has been creating economic issues such as instability and is also a breeding ground for financial crimes.

The central bank has also mentioned its concerns regarding people who use crypto to move their money out of the country.