CME Group chairman Terry Duffy recently revealed the biggest reason why regulators have been dragging their feet on Bitcoin and cryptocurrencies: finite supply.

*Only* 21 Million Bitcoin is a Problem

Imagine the post office proclaiming in the 90s that the problem with email is that the postman doesn’t deliver it to your door.

That’s precisly the issue for regulators with Bitcoin, which doesn’t rely on trusting middlemen and regulators, according to CME chairman, Terry Duffy.

Specifically, Duffy tells Business Insider that the biggest issue regulators have with cryptocurrencies is their finite amount. This makes the 21 million bitcoin that will ever exist a completely different animal compared to the ever-expanding money supply of today.

Since Bitcoin’s supply is fixed – it doesn’t fit into the existing fiat paradigm, according to the CME chairman.

“How do we figure out how to get the cryptos in there, but just have them backed up by fiat, and let that work as it is,” said Duffy in an interview at FIA’s International Futures Industry Conference in Florida earlier this month.

CME Gets Some Use Out of Bitcoin

However, it is precisely this stark contrast as hard money that makes Bitcoin so appealing, particularly as a long-term investment. But approving a Bitcoin ETF, for example, would be too big of a leap, according to Duffy.

It would essentially be a nod to an alternative monetary system that could undermine both Wall Street and regulators – who continue keeping Bitcoin at an arm’s length.

But one would think that the executive of a trading platform whose Bitcoin-related product is seeing increasing interest would be a bit more supportive of this new technology. Not so.

In fact, he believes the cryptocurrency space should be more focused on utility rather than price speculation.

Once you get the use of it, the price will take care of itself. But the argument has gone only to the price of say bitcoin or any other cryptocurrency. No one is talking about, ‘How do I use this asset?’

Ironically, the bitcoin futures on the CME are settled in cash. Therefore, traders on his platform literally bet on the price of bitcoin in dollars.

Stablecoins Are the Horse-Drawn Automobile of Money

Following Duffy’s arguments we come back full circle to the US dollar. So it’s no surpise the executive is a fan of stablecoins (backed by the USD), in particular. These hold more promise than standalone cryptocurrencies, he argues, as these assets are more useful in today’s financial framework. 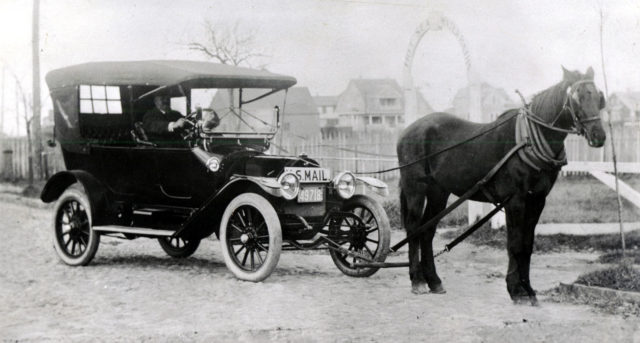 “The governments can’t run unless they can run on a deficit,” explains Duffy.

I am trying to figure out why they would say, ‘Sounds good to me, because I want to be responsible and run everything on even-for-even basis. I can’t borrow against anything.’

Wait… isn’t the whole point of Bitcoin is that we no longer need to trust central banks *not* to mess with our money?

The root problem with conventional currency is all the trust that’s required to make it work. The central bank must be trusted not to debase the currency, but the history of fiat currencies is full of breaches of that trust. Banks must be trusted to hold our money and transfer it electronically. But they lend it out in waves of credit bubbles with barely a fraction in reserve. We have to trust them with our privacy, trust them not to let identity thieves drain our accounts.

The Dollar is Already a BankCoin

Duffy’s arguments also beg another question: what incentive would investors have to adopt ‘cryptocurrencies’ pegged to the US dollar since they’re ultimately just a digital dollar in a ‘crypto’ wrapper? What problem do ‘bankcoins’ solve when 92 percent of global money is already digital?

Ultimately, the CME chairman’s position is understandable. He’s merely protecting his interests despite appearing not to understand the technology he’s already benefitting from.

Unfortunately, for the gatekeepers, however, Bitcoin doesn’t care, and will continue flying right over their heads.

What do you think of the CEM chairman’s comments? Share your comments below!