Why Bitcoin is Incomparable to History’s Famous Bubbles 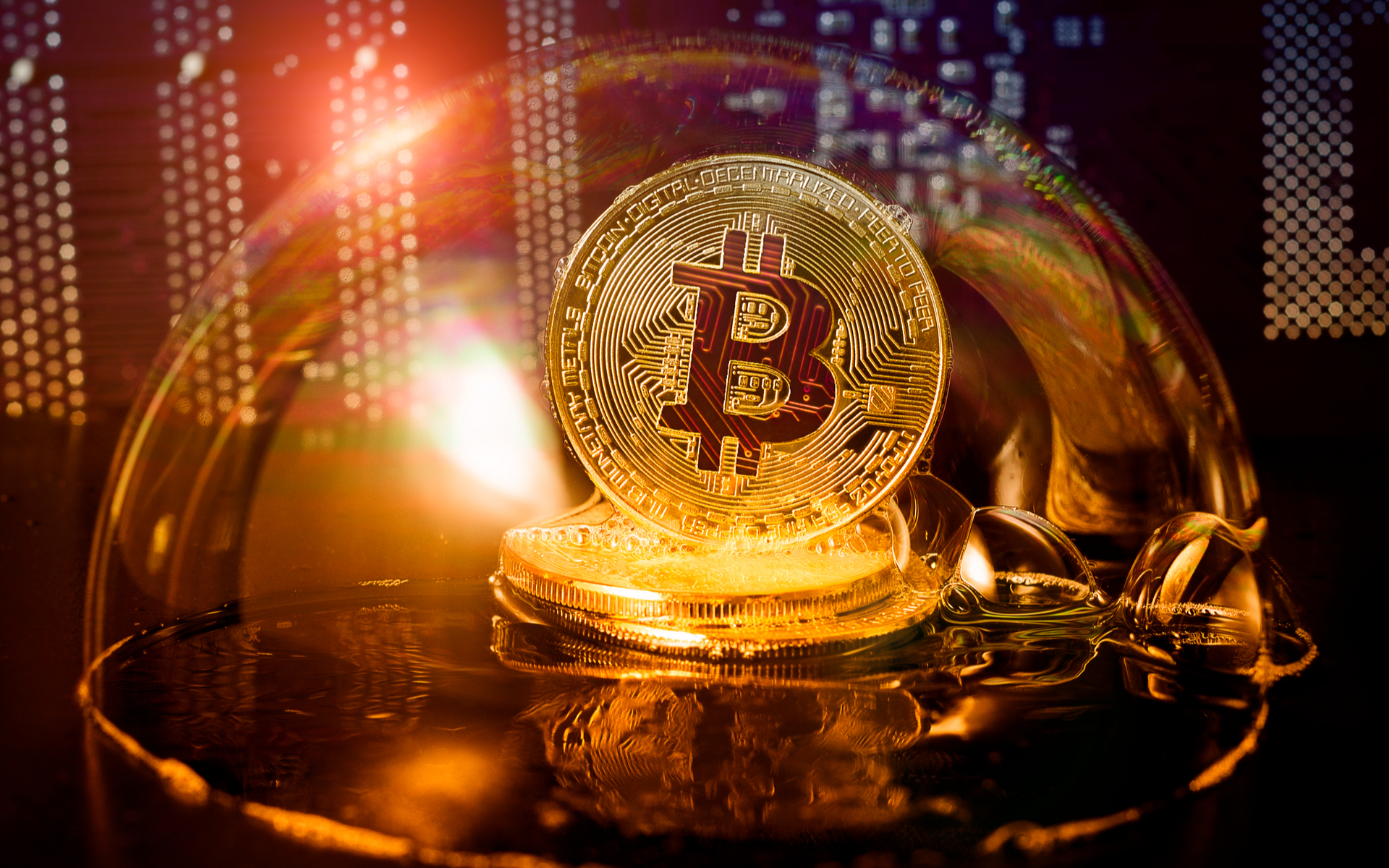 Why Bitcoin is Incomparable to History’s Famous Bubbles

Bitcoin economist Saifedean Ammous says that nothing has ever risen as fast and as much as Bitcoin price – which makes it ‘incomparable’ even to the most successful companies and innovators.

‘Bitcoin is a Completely New Animal’

Bitcoin economist and author of The Bitcoin Standard, Saifedean Ammous, recently shared his views on whether the world’s most popular cryptocurrency can be compared to history’s famous bubbles.

Paul Krugman, Jamie Dimon, Warren Buffet and other critics often refer to Bitcoin as a ‘bubble,’ particularly as BTC/USD price has dropped from nearly $20,000 in December 2017 to around $4,000 today.

But comparing it to historic stock market crashes is comparing apples and oranges, argues Ammous.

“Bitcoin is a completely new animal, different from all before it,” he says.

Your old toolbox for analyzing bubbles, currencies, and stocks doesn’t work on [Bitcoin].

It is these outdated tools that prevented the likes of Buffet from missing out on one of the best investment opportunities in history. Even the most robust stocks today, such as Amazon (AMZN), have been outperformed by the digital currency, even at today’s $4,000 price. 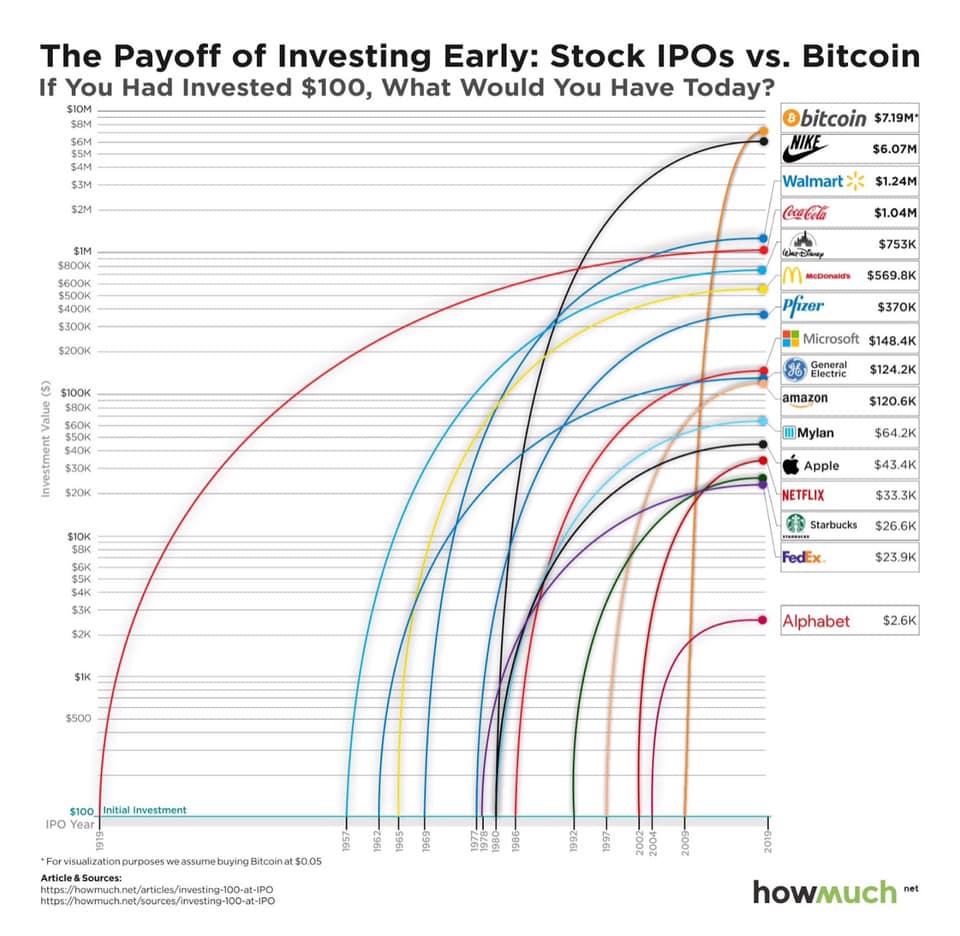 What’s more, is that after every time the bubble popped, it has come back even stronger. In fact, there have been at least five 80+ percent crashes over the past decade. Ammous notes:

In other words, had you bought $100 dollars worth of bitcoin in 2009, you would have about $8 million today.

The picture also looks different when comparing Bitcoin against history’s famous bubbles. It has often been compared to ‘tulips’ in the media with every drop in bitcoin price. But this comparison is widely inaccurate just like the common misconceptions about Tulipmania as a whole, because BTC price posts a higher low after every crash.

“Nocoiners’ favorite bubble, Dutch tulips, lasted for just over 2 years in which the price appreciated around 60-fold, then crashed lower than its original price,” explains Ammous.

It also goes without saying that while Bitcoin is the world’s first, borderless, decentralized, neutral money that enables anyone to send millions for pennies, the other is a flower.

The rate and scale of valuations is another factor making Bitcoin nothing like the 2008 housing bubble, for example, when housing prices tripled in two decades, and then lost around 40 percent within only a few years.

The famous housing bubble saw housing prices triple in around 20 years, and then lose around 40% over a few years. pic.twitter.com/jb9qkJjkBX

Then there’s the 1929 stock market bubble that rose six-folds during the Roaring 20s. The subsequent crash saw prices return to their original price. Meanwhile BTC/USD is still ten times greater than its ‘pre-bubble’ price of around $400 in 2016.

Bitcoin is not only incomparable to bubbles, its fast rise is also incomparable to the most successful companies and innovators. As far as I can tell, nothing has ever risen as fast and as much as Bitcoin has risen.

Bitcoin Self-Corrects to Suck Up Fiat

So how did Bitcoin manage to rise so much and so fast in such a short timespan? The secret lies in its design. Namely, the inelastic supply of 21 million bitcoin – a number set in (digital) stone, making it the hardest form of money that ever existed.

What’s more is that unlike central banks, the supply (mining) of bitcoin is programmed to grow at a predetermined rate (up to 21 million).

This makes it the most predictable asset that ever existed. Not only does everyone know how many bitcoins will exist 10 or even 100 years from now, but this data is also transparent and verifiable.

But Ammous notes another important feature that plays an important role in Bitcoin economics: the mining difficulty adjustment.

“My explanation for this rise is that bitcoin’s difficulty adjustment makes it a truly unique monetary asset built to rise fast,” he says.

As covered by Bitcoinist, the difficulty adjustment acts as a counterbalance to fluctuations in Bitcoin hash rate or computing power of the network that can with the spot price.

Ammous notes that the difference between Bitcoin and traditional money is that the latter is linear, resulting in boom and bust cycles. The former, however, is a positive feedback loop that strengthens the network over time even with erratic price swings.

This makes Bitcoin a completely unique as it does not behave like a traditional asset whose production depends on supply and demand.

It’s the world’s first self-correcting asset that keeps the most efficient miners profitable regardless of market conditions while siphoning off more and more fiat money by design.

Simply put, Bitcoin is not the bubble, it’s the pin.