Bitcoin exchange giant Coinbase stated the institutional business core principles that will guide its actions to create a global financial system based on cryptocurrencies.

On August 20th, Coinbase Vice President and General Manager Adam White declared that “Our mission at Coinbase is to create an open financial system for the world.”

To pursue this mission, Coinbase has now set up the core principles that will guide the company’s business towards this vision. It is a vision which entails storing and trading assets, as well as interacting with the crypto world.

These principles emphasize operating a fair and orderly market, enhancing security to protect its customers, and enforcing transparency. Coinbase also aims to facilitate easy access to the market, while publicly disclosing listing practices and market rules. The chart below details the principles: 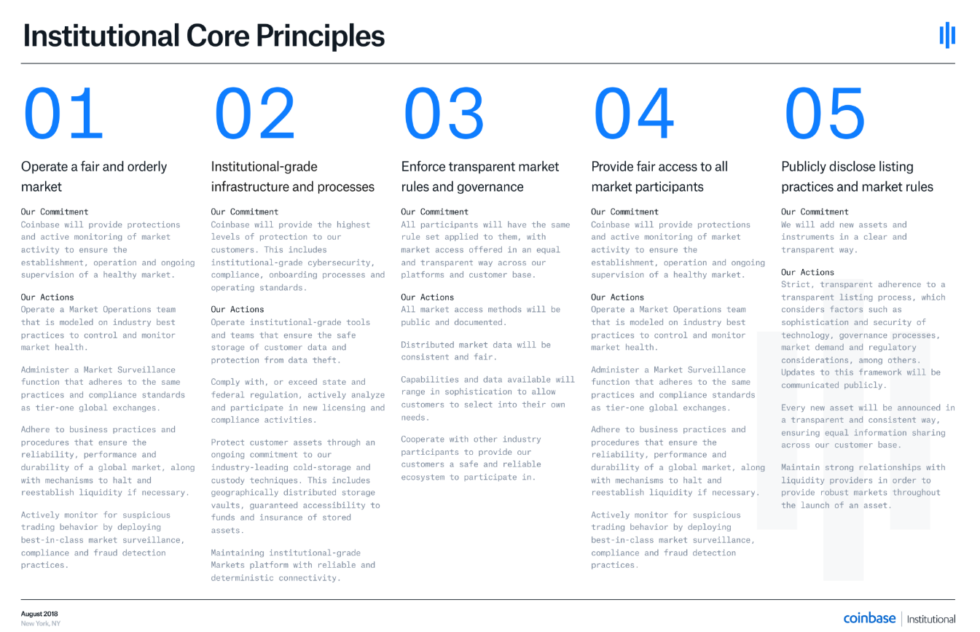 In spite of the volatility of the market, the exchange has stepped up its efforts to attract big investors and fulfill its mission. In spite of this volatility, Coinbase has continuously been streaming new products into the market which are designed to satisfy the needs of institutional investors. White says:

These offerings are bringing new capital into the space, facilitating more efficient price discovery and driving methods for safer storage — all of which helps move us closer to an open financial system.

Today we're announcing the Coinbase suite of institutional products. As institutions continue to enter the cryptocurrency market, we are committed to building the products and services that uniquely meet their needs.https://t.co/o2EppgMpiI

On August 3, 2018, the company announced that it was exploring the possibility of adding 30 new cryptocurrencies to Coinbase Custody, including XRP, EOS, Monero, and Dash. Coinbase Custody allows institutional clients to store large amounts of crypto assets securely.

Coinbase already holds a license to process payments through banks under the state money-transmission licenses in the U.S. To operate in New York, the exchange holds a “Virtual Currency License” that the Department of Financial Services granted on January 17, 2017.

The exchange plans to offer over-the-counter (OTC) cryptocurrency trading services. With this in mind, Coinbase opened a new engineering office in Chicago on May 15, 2018, to develop an electronic marketplace known as Coinbase Markets. 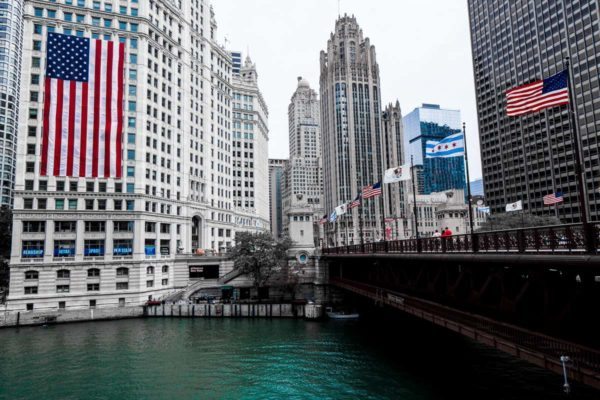 Coinbase is reportedly interested in learning how to obtain banking licenses. The Wall Street Journal reported that, according to undisclosed sources, the company met with U.S Office of the Comptroller of the Currency officials, in early 2018. According to the report:

Coinbase Inc. and another cryptocurrency firm talked to U.S. regulators about the possibility of obtaining banking licenses, a move that would allow the startups to broaden the types of products they offer.

Moreover, Coinbase also recently introduced a new system for making cryptocurrency payments easier, safer, and faster, for which the U.S. Patent and Trademark Office (USPTO) granted a protection on August 14, 2018.

What do you think of Coinbase’s mission to create an open financial system for the world? Let us know in the comments below!