Coinbase Invites Traders to the Moon

Coinbase Invites Traders to the Moon with New, Regulated Exchange

Coinbase has reinvigorated the Bitcoin market with news that today, Monday the 26th of January, they are launching a new, regulated exchange called Lunar.

At the beginning of last month, Coinbase expanded its regular wallet services to include US dollar wallets for people in 16 US states. Since then, they’ve gotten approval in another eight. The wallet service is funded and withdrawn from regular US banks, a process that still takes 2-3 days.

Not an Answer to Gemini

Brian Armstrong told CoinDesk that the rollout of Lunar is unrelated to a similar announcement made by the Winklevoss Twins regarding their regulated exchange, Gemini. However, this position seems suspect since they’re launching without having full approval in the United States, let alone foreign jurisdictions. Both announcements have done a great deal for the price of Bitcoin, it jumping more than 40% in the last twelve hours at time of writing.

The recent compromises of BitStamp and Blockchain.info have significantly shaken confidence in the cryptocurrency. New promises of regulated exchanges seem to empower traders. Some may point out that the regulators in question are the very same who allowed the problems that led to the creation of Bitcoin in the first place. Others may respond that some regulation is better than no regulation. 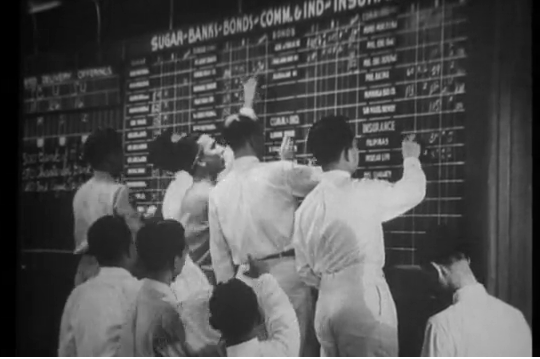 Having raised funds from the New York Stock Exchange and two banks (among others) recently, Coinbase is wont to deliver results, especially for the traditional bankers who are now in bed with them. The launch of a new exchange run by a trusted brand like Coinbase has several positives, but the most notable is that thousands of users will have something like seamless access to the exchange.

Similar to the way that users of Gmail use so many of Google’s other services, Coinbase is pretty much guaranteed a certain amount of market share by launching an exchange. If they can deliver on the promise of regulation improving the sometimes scandalous Bitcoin market, they might just achieve their goal of becoming “the world’s largest exchange.”

Coinbase is currently one of the largest payment processors for merchants, and there is some degree of power added when they can use their own exchange to convert the Bitcoin to dollars. With regulation and security in place, Coinbase will now have a relative amount of assurance that it will be able to honor its commitments to merchants.

After all, the ability of Coinbase to pay its merchants in fiat currency is reliant on the fact that people are actively trying to buy Bitcoin with fiat currency. Moving this part of the process in-house makes it so that they can be aware of how much fiat is actually available to give over to the merchants. Conceivably it could add a degree of stability to the global market since it is in the interest of the merchants to keep the Bitcoin price relatively high; for once we might witness actual sell floors.

On the heels of the announcement that it could now handle USD wallets in 16 states came reports from several users that their accounts had been suspended or revoked due to their spending activity. The terms and conditions users agree to when offloading their wallet to CoinBase state that they have the right to do so. Many in the community feel that this marks a stark contradiction to the spirit and purpose of Bitcoin itself.

Coinbase may: (a) suspend or terminate your access to any or all of the Coinbase Services, and (b) deactivate or cancel your Coinbase Account as required by a valid subpoena or court order, or if Coinbase reasonably suspects you of using your Coinbase Account in furtherance of illegal activity […] In the event that Coinbase is required to block assets associated with your Coinbase Account in accordance with a sanctions program, or other similar government sanctions programs, Coinbase may (i) deactivate or cancel your Coinbase Wallet or block user activity, (ii) transfer bitcoin from your Coinbase Wallet to an originating source or to an account specified by authorities, or (iii) require you to transfer your bitcoin out of your Coinbase Wallet within a certain period of time. Coinbase is not responsible for any losses, whether direct or indirect, that you may incur as a result of our complying with applicable law, the guidance or direction of any regulatory authority or government agency, or any writ of attachment, lien, levy, subpoena, warrant or other legal order.

All legal disclaimers tend to be ambiguous for maximum coverage, but it would be nice if Coinbase would at least detail what it deems “reasonable suspicion.” To reasonably suspect something does not require any hard evidence, after all. This user reasonably suspects that a fair amount of market manipulation by large holders is responsible for recent extreme price fluctuations. Without evidence, this claim is baseless, is it not?

In one instance, Coinbase suspended an account because they believed the user had used its service to purchase Cannabis seeds, something that is not illegal in many jurisdictions. If the user could prove they were for medical use, it would not be federally illegal, either. Coinbase is also said to be suspending accounts that are used for online gambling, which is certainly not illegal in many places. The bottom line is that Coinbase is overzealous in its enforcement of regulations. Unless or until it is compelled by a government agency to restrict an individual’s access, it is bad practice and in bad faith to be casually nuking accounts.

Brighter or Bleaker Future Ahead

Today will mark an important day for Bitcoin as the first regulation-compliant exchange is launched. It may also be the day that the first Bitcoin monopoly is established. Over the coming year Coinbase plans to expand to the rest of the US states and into foreign markets. They have not mentioned yet whether or not they plan to stake a claim in the massive Asian market, but presumably if its competition goes that way, it will too.

One thing is for sure: those trading Bitcoin for fiat will have better assurance from here on out that their trades are in compliance with the law; that their funds are relatively safe; and that buyers will materialize.

Images courtesy of the Public Domain and Coinbase.