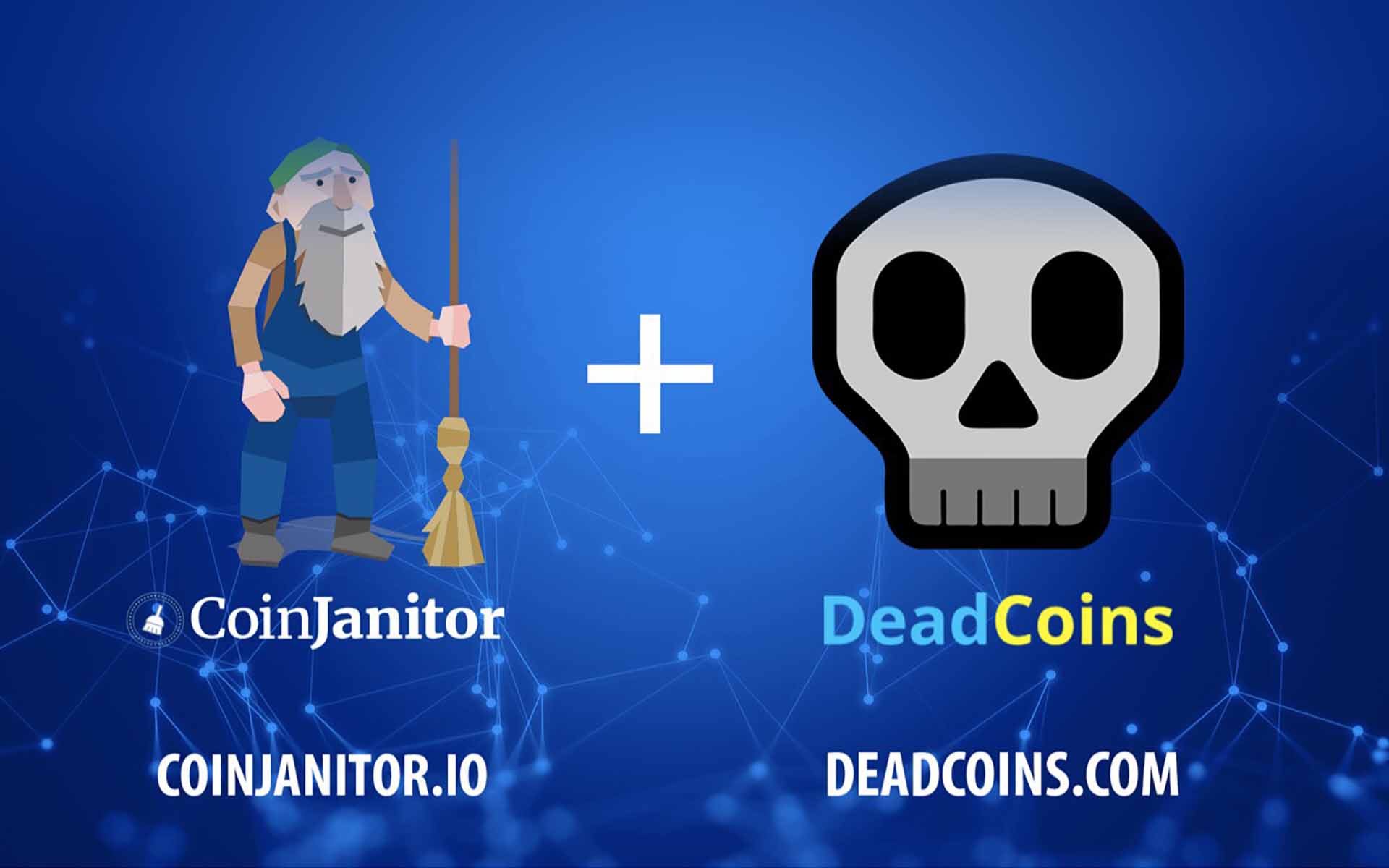 CoinJanitor and Deadcoins.com Join Forces to Clean Up Crypto

When coins die, CoinJanitor cleans them up and now it will do so with the assistance of Deadcoins.com, the most comprehensive data source on dead coins.

CoinJanitor.io and Deadcoins.com have partnered up to clean up crypto together. Cooperation between the parties will allow both to complement each other, enhance their processes, and accelerate the market clean up process. This partnership also brings more opportunities for both CoinJanitor and Deadcoins.com in terms of enhancing their community-led efforts, refining their products, and fostering an ecosystem that has the potential to change the way the space works.

This will allow both projects to share resources and add various levels of sophistication to the data. Apart from the benefits this will bring to CoinJanitor and Deadcoins.com, it will benefit the communities of dead coin holders and the supporters of both projects.

The lists that CoinJanitor and Deadcoins.com can create together will allow users to contribute information and then see what both partners can do with it. This will help CoinJanitor to improve the process of locating dead coins out there. With the help of data processing tools, it will be possible to add features to these dead coin lists for the benefit of users.

As a result, CoinJanitor will be more effective and more efficient in its effort to clean up crypto. This 2-way conversation between users and CoinJanitor, facilitated by Deadcoins.com, will benefit users, who will be more involved in the cleanup process and will receive richer data in return. This relationship between CoinJanitor and Deadcoins.com will allow users and community members to:

Deadcoins.com and its community will play a crucial role in CoinJanitor’s cleaning efforts. In return, they will also benefit from the cleanup process, through their influence as a leading source of data, and thanks to the deployment of CoinJanitor’s custom-made tools. The team behind Deadcoins.com recognizes the benefits that CoinJanitor brings to the table, and how valuable they are for its users: “As the largest database of dead coins online, we are proud to assist CoinJanitor in choosing projects to be given a second chance.”

Cooperation between both partners will be largely managed through CoinJanitor’s dedicated page on the Deadcoin.com website. This is one of the most exciting aspects of this partnership, which Deadcoins.com is happy to facilitate. The page will feature all the latest information on the dead coin clean up effort, such as:

Cleaning up Crypto is a Community Effort

But above everything else, the partnership between CoinJanitor and Deadcoins.com is a great example of how 2 thought leaders in the space come together to achieve a common goal. The message from both partners is clear: Cleaning up crypto must be a community-led effort, so joining forces, pooling resources and getting both communities to contribute to the effort is of paramount importance. Both CoinJanitor and Deadcoins.com are committed to making this happen and to continue leading the effort to clean up the space for the benefit of everyone involved.

For more information or to the join the CoinJanitor community, visit the official project website.