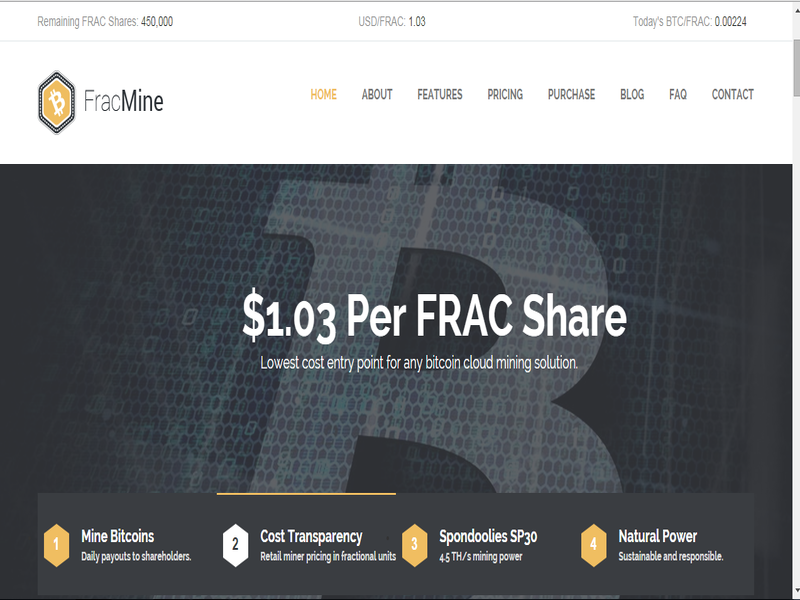 Some interesting news released by CoinPrism as they are going to offer the lowest price in the cloud mining market. With the recent emergence of GAW Miner Hashlets which offer the cheapest cloud mining experience at the moment, it will be quite intereting to see if CoinPrism will be able to match the prices and promotions being offered by CoinPrism. Not to mention the ZenPool, exclusive to zenhashlet, and prime hashlet miners, it is the most profitable mining pool.

This marks the beginning of the cloud mining race. Although the cloud mining that is going to be offered by CoinPrism is strictly bitcoin mining, it will be interesting to see if it can remain as profitable as the mining of altcoins. It should also be noted that this mining contract comes through a partnership between CoinPrism and FracMine which will offer the mining contracts through the Coinprism colored coins platform.

“Cloud mining company FracMine, LLC is announcing the upcoming large scale crowd sale for their new FRAC crypto-token, which will be issued through the Coinprism colored coins platform. FracMine’s company mission is to keep bitcoin mining affordable for everyone. FracMine’s business model is designed to work no differently than if individuals purchased advanced ASIC miners and operated the miners themselves. FracMine accomplishes its company mission by purchasing a large number of highly advanced and expensive ASIC miners, building an industrial scale bitcoin mining facility, and dividing the total cost of the hardware into fractional units called FRAC shares.”

“Each FRAC share represents 1 Gigahash per second of the entire mining operation’s hashing power. After purchasing a fractional unit of the mining rig, the miners are operated in an environmentally friendly manner by using low cost, hydro-electric power. FracMine’s initial offering, “FRAC0914” shares, represent the combined hashing power of 100 Spondoolies SP30 miners running at a collective speed of 450,000 GH/s. Accordingly, FracMine is offering 450,000 FRAC0914 shares at $1.03 per share, the lowest price point in the cloud mining market. This price applies to each customer regardless of the number of shares purchased. FracMine’s FRAC0914 shares are 48% cheaper than CEX.io’s GHS offerings at approximately $1.98 per share.”

“FracMine’s innovative FRAC shares have four main features over the competition: First, FracMine has the lowest price point of any cloud based bitcoin mining solution. Each FRAC share is priced at only 15% over the retail cost of the underlying ASIC miner offered, which translates to greater hashing power for the same up-front money spent. Second, FRAC shareholders do not have to pay six months to one year of hosting and electricity charges up-front. Rather, the ASIC miners are operated at a highly competitive rate of $99.00 kW/month, which monthly amount is paid from the bitcoin production. Third, FRAC shares do not terminate before they lose profitability, like other six month to one year cloud offerings.”

“A FRAC share will pay FRAC shareholders 100% of all bitcoins generated by the mining rig after payment of monthly operating costs, and until such time as the value of the bitcoins mined can no longer pay the monthly operating expenses for a period of two months. Finally, FRAC shares operate on the colored coin protocol; therefore, users can trade, sell, or exchange FRAC shares on the open market. No other cloud based mining solution presents this level of flexibility in its offerings.”