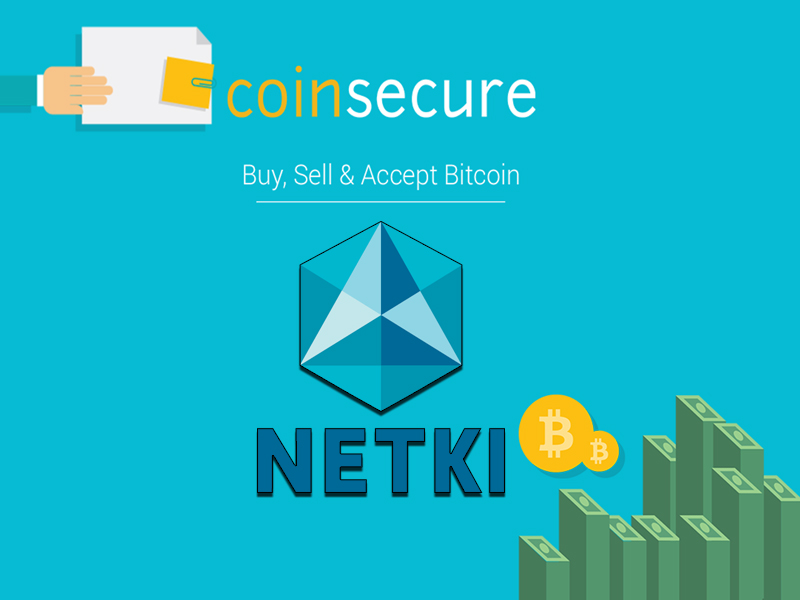 March 9, 2016, — The Delhi-based Bitcoin exchange Coinsecure has just announced its global partnership with Netki. Headquartered in Los Angeles the service aims to provide user-friendly readable addresses to the cryptocurrency ecosystem as opposed to current alphanumeric versions. Through the two teams latest collaboration Coinsecure users will now be able to create wallet names (ex: yourname.coinsecure.me) instead of a 32 character address.

Just as domain names made the internet easier by implementing the Domain Name System (DNS), the startup Netki looks to accomplish the same mission. Netki’s Wallet Name Service curbs human error with these readable names by offering a more engaging experience to the transaction process. Coinsecure is “proud” to be the first Indian firm to implement the Netki service into its platform. Co­founders, Benson Samuel, and Mohit Kalra, want to bring Bitcoin to everyone in India and believe a system such as a name protocol will help immensely. Coinsecure’s Founder and CEO, Mohit Kalra, said of the announcement:

“Coinsecure’s partnership with Netki enables users to generate a wallet name, turning a complex Bitcoin address into a simple to remember domain name such as yourname.coinsecure.me. Netki provides uniqueness and exclusivity along with simplicity for digital currency owners. Various wallet providers have attempted to tackle the concept of sharing wallet addresses before, but haven’t come up with a system as solid as Netki’s. We look forward to our users benefitting from Netki’s unique concept where each user can seamlessly send funds to a domain and store their friends’, families and work colleague’s wallet names under their contact details as a url.” — Mohit Kalra, Coinsecure

By teaming up with Netki, Coinsecure believes the appeal of this feature will bring Bitcoin to non-technical users within the region. Because many Indians are “frequently barred” from the traditional finance world Bitcoin is the solution to an array of “payment pain points.” Netki’s name platform will help Coinsecure customers remove “pain points” from the digital currency itself furthering adoption. The mission for Netki is to provide its Wallet Name Service globally and partnering with Coinsecure brings the company’s services to the Indian region. Expanding its system to India’s digital currency market will allow them to grow by learning how users interact with the readable-address protocol. Justin Newton, CEO/CTO and Founder of Netki stated:

“We’re thrilled to partner with Coinsecure on their mission to drive adoption of digital currency in India by helping them make the process of transacting with bitcoin easier for their customers.”— Justin Newton, Netki

India has a large population of digital currency users, and the country is no stranger to technology. Coinsecure and Netki plan to amplify this emerging economy in the region and feel this partnership is a step towards progression. The Indian exchange’s algorithmic trading has continually focused on ease of use for its customer base. The organization believes using Netki’s Name Service will make things even easier for both companies to onboard more Bitcoin users.

What do you think about Netki and Coinsecure’s collaboration? Let us know in the comments below.