Back in November 2015, the Tor Project accused the Federal Bureau of Investigation (FBI) of paying $1 million to Carnegie Mellon University to help reveal users within the network. The FBI were looking for the operators of the Silk Road 2.0 illicit drug website and supposedly used research coming directly from the school. Now recent court documents from the case claim the Feds did use the academic resources to take down the drug ring.

“This attack also sets a troubling precedent: Civil liberties are under attack if law enforcement believes it can circumvent the rules of evidence by outsourcing police work to universities. If academia uses “research” as a stalking horse for privacy invasion, the entire enterprise of security research will fall into disrepute. Legitimate privacy researchers study many online systems, including social networks — If this kind of FBI attack by university proxy is accepted, no one will have meaningful 4th Amendment protections online and everyone is at risk.” — Tor Project Blog, November 11, 2015 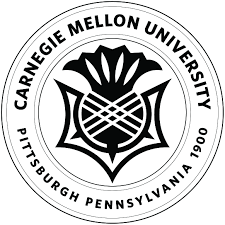 The Tor project had claimed that the FBI had paid $1 million for Carnegie Mellon researchers to break anonymization on the network to apprehend the Silk Road 2 members. Tor says the FBI unfortunately “indiscriminately targeted many users at once,” which they believe was a violation of civil rights. The organization does not believe the agents gathered a warrant for this and “CMU’s attack as conducted” broke ethical guidelines. Tor project said the entire procedure sets a horrible precedent where civil liberties are taken for granted. Especially considering university research is being “outsourced” to law enforcement for the monitoring of citizens.

In the latest documents, the public record of Judge Richard A. Jones of the Western District of Washington details the defendant believes FBI did work with the university against the network. The account claims the school helped the FBI with the apprehension of Brian Farrell who called himself ‘DoctorChu’ within Silk Road 2 team operations. Homeland Security gained access to Farrell’s IP address in July of 2014 and eventually led to his January 2nd, 2015 arrest at his residential address. The court papers are a detailed “Motion to Compel Discovery,” by the defendant in which the court denies. The paperwork states:

“Based upon the submissions of the parties, it is clear to the court the government has provided to the defendant basic information about the technique used by SEI to obtain IP addresses of Tor users, including the defendant. Among other items, the government’s disclosures included information regarding the funding and structure relationship between SEI and DOD, as well as directing the defendant to publicly available materials regarding the Tor network.”  — Silk Road 2 Motion to Compel, Case 2:15-cr-00029-RAJ Document 58 Filed February 23, 2016 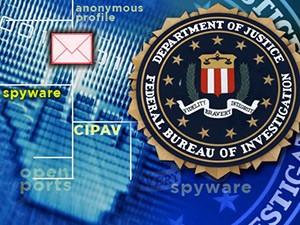 The defendant’s attorneys were looking for a technical analysis of the IP discovery process law enforcement used in the investigation. However, the court does not believe the information is useful to the defense stating, “any other discovery about the methodology or technique used to identify the defendant’s IP address is not material to his defense.” With the latest battle with encryption technology with the corporate giant, Apple and the revelations from Edward Snowden, this type of news is not uncommon this day in age. Surveillance and monitoring have become the norm, and now this protectionism is spreading to our universities. Civil liberty activists and the Tor Project feels because of this example and many before this it shows the world we are living in an age of troubling precedence.

What do you think about the FBI’s use of university research? Let us know in the comments below.

Images courtesy of Pixbay, and Shutterstock