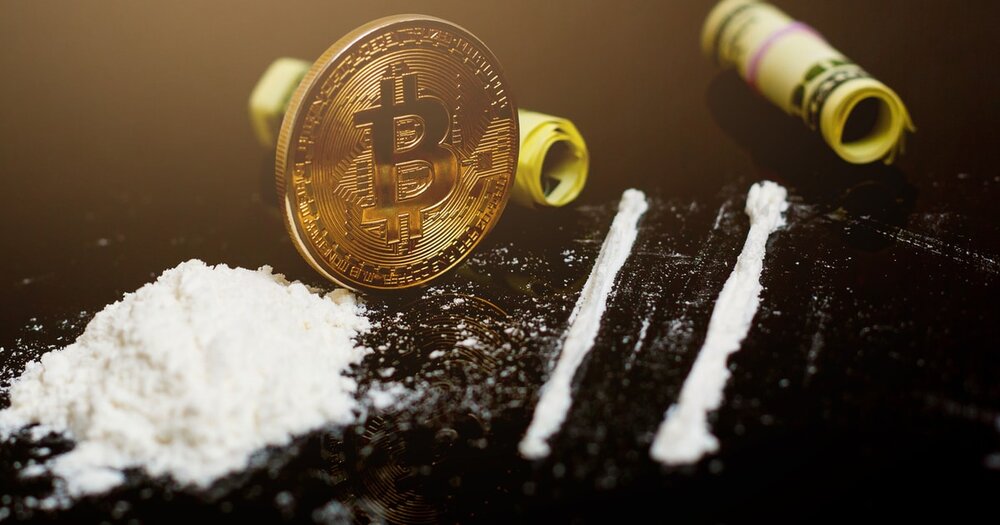 Crypto And Cocaine Down Under: Australian Cops Seize Bitcoin ATMs And Drugs In Sydney Warehouse

These days, cryptocurrency, drugs and other banned stuff go hand in hand.

In Australia, police joined forces with federal authorities in the United States to apprehend a group of men accused of money laundering and narcotics distribution.

Three men aged 34, 39, and 45 were arrested Saturday afternoon in a Sydney storage facility as part of an ongoing investigation into drug importation and money laundering using crypto in the state.

The officers, aided by a riot squad team, executed search warrants at two apartments located within a unit block near the location of the earlier arrests.

A Huge Stash Of Cash And Crypto

According to the authorities, they seized $4.7 million in cash, laptops, money counters, mobile phones, and USB devices that enable users to acquire Bitcoin and other cryptocurrencies using cash or a debit card.

Additionally, authorities stated that they searched the younger man and discovered he was in possession of $120,000 in cash, while the elder man was carrying $51,500 in cash. 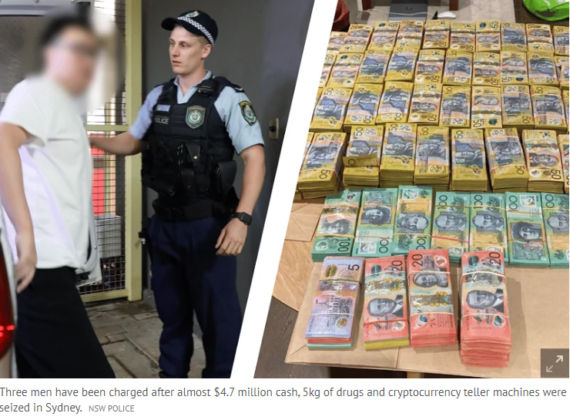 Some five kilograms of banned narcotics were also recovered, including cocaine, heroin, and methylamphetamine.

The police were assisted by the US Department of Homeland Security and the Australian Criminal Intelligence Commission (ACIC).

The younger man faces charges of money laundering and trading in the proceeds of crime.

The 39-year-old was accused with 12 counts, including commercial supply of illegal drugs and knowledge of dealing in proceeds of the crime. On Saturday, he appeared in Central Local Court and was denied bail.

The elder man was given conditional release and will appear in court next month on charges of knowingly dealing in the proceeds of crime and providing banned narcotics.

The arrests and confiscation, according to Detective Supt. Robert Critchlow of the Sydney State Crime Command’s Organized Crime Squad, demonstrate the effectiveness of multi-agency operations in suppressing big crime across the state.

Meanwhile, there is an increasing worry in Australia over the use of digital currencies. Authorities have submitted legislation to govern crypto assets, with the primary goal of deterring their criminal use for money laundering and terrorism financing. 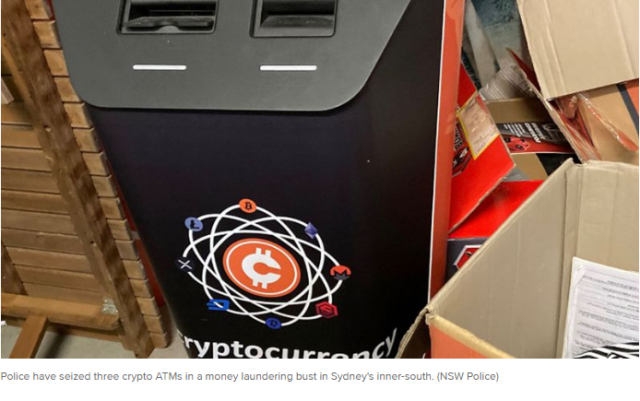 According to the Australian police, cryptocurrency scams have “erupted” in the aftermath of the COVID-19 outbreak, and they have adopted a “follow the money” policy.

“We look forward to continuing to cooperate with the NSW Police Force and other domestic and foreign partners to ensure the success of our operations,” ACIC executive director of intelligence operations, Robert Jackson, said.

Nine government agencies, including the Australian Federal Police, the Australian Tax Office, and the AFP, have formed a task group to go after these nefarious activities.