This past week was host to the first-ever sports sponsorship proposal in a major crypto ecosystem (with a major sports tie as well) – but why stop there? Sports Illustrated is following many other traditional magazine publications (such as SLAM) to go into the NFT space, Nike and StockX are battling it out, and there’s an Olympic-sized NFT game hitting the market.

Let’s review all of the past week’s action around sports and crypto.

OneOf Pairs Up With Sports Illustrated

OneOf has made headlines throughout the past 8 months in the world of music, pairing up with major artists for some of their first tastes in NFTs. Now, the platform is expanding into new territory, starting February off with a new announcement of a partnership with Sports Illustrated.

While OneOf’s music platform operates on Tezos, OneOf and SI will team up for NFTs on Polygon, with a launching point of reliving classic sports magazine covers that SI has released over nearly the past 70 years. The platform is expected to launch later this month.

Sports apparel mainstay Nike and hypebeast consignment e-commerce platform StockX are at odds, as Nike filed a lawsuit this past week against StockX’s new ‘Vault NFTs.’ The apparel brand has filed a Federal lawsuit against StockX, claiming that the NFTs infringe on Nike IP without the brand’s approval.

Terra surged into being a top 10 token in market cap across the whole crypto market late last year, and has held strong since. This week, Terra’s creators, Do Kwon and Terraform Labs, submitted a new proposal across the governance desk for Terra holders: a new sports sponsorship deal.

The five-year, nearly $40M deal is likely to pass – and while many details are still unknown, we’ll likely be seeing Terra – creators of arguably the leading decentralized stablecoin – somewhere in a major sports arena in the months to come. It is the first documented time we’ve seen a DAO vote on a sports sponsorship deal.

Entain is a market leader in the sports gambling space throughout Europe and the U.K. In a January 31st press release, Entain announced Ennovate, a new innovation hub that will partner with technology firms to invest in innovative start-ups and projects. A dedicated innovation lab is expected to come to London as well. NFTs, AR and VR, and VR Arcades are cited as three major buckets that Ennovate will begin to focus on. 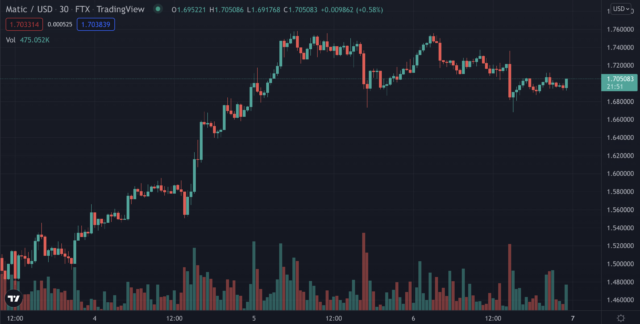 If you’re in Los Angeles for this month’s Super Bowl, you’re eligible to get a custom Super Bowl NFT. It’s the latest push into NFTs from the typically-hesitant NFL, which launched their first commemorative tickets just a few months ago. The NFL has reportedly distributed over a quarter of a million NFTs since their initial launch. The NFTs are minted on Polygon.

The league has been leaving teams on hold for the most part – but this latest moves shows optimism when it comes to the NFL’s perspective on crypto.

The Kobe Bryant estate filed trademark applications late last week that are believed to be for digital items, like art, NFTs, or apparel (or a combination of the three), according to lawyer Josh Gerben.

The legend of the Black Mamba and Mambacita lives forever.

Kobe Inc. recently filed three trademarks that will pay tribute to the late Hall of Famer and his daughter Gianna using the power of Web3.

Also in the filings this week, according to Gerben, LeBron James son Bronny James.

In June of 2021, we covered the new announcement of the International Olympic Committee (IOC)’s first foray into NFTs courtesy of a new deal with platform nWayPlay. That platform has now launched for free on both Android and iOS, with users able to compete to win Olympic digital pins. nWayPlay is an Animoca Brands subsidiary, and this recent initiative has launched on the heels of Beijing 2022 Winter Games.