A little bit of sports and crypto activity across quite a few major league sports this week, from teams to centralized NFT platforms and sports league activity, too.

Every Sunday, we cover the past seven days of sports and crypto headlines that should be on your radar if your a sports fan looking at emerging trends. Let’s dive in as we approach the midpoint of 2022.

eBay And OneOf Pair Up For Wayne Gretzky NFTs

eBay has been especially active in the crypto conversation over the last year or two, and now we’re seeing NFTs really come to the market at long last for the ecommerce company. eBay has teamed up with NFT platform OneOf for a new ‘Genesis’ NFT collection, featuring Canadian hockey legend Wayne Gretzky. Other iconic athletes that have been featured on Sports Illustrated covers over the years are expected to follow. OneOf’s NFTs with Sports Illustrated are powered by Polygon, a switch up for OneOf’s previous blockchain-of-choice, Tezos, which is used to power the platform’s music NFT marketplace.

It’s a growing list of partners for OneOf, who announced a deal with Warner Music as recently as February. For eBay, it’s a meaningful milestone amidst clouds of conversation. The resale platform has long been a noteworthy name in dialogue surrounding payment acceptance, and even offering up active NFT sale support.

NBA legend Magic Johnson has announced a partnership with NBA Top Shot that will bring five new NFTs on the Top Shot marketplace from Johnson’s memorable career. The platform is expected to announce other partners from NBA history, and Johnson’s NFT release is slated for June 7 as part of Top Shot’s ‘Anthology’ series. 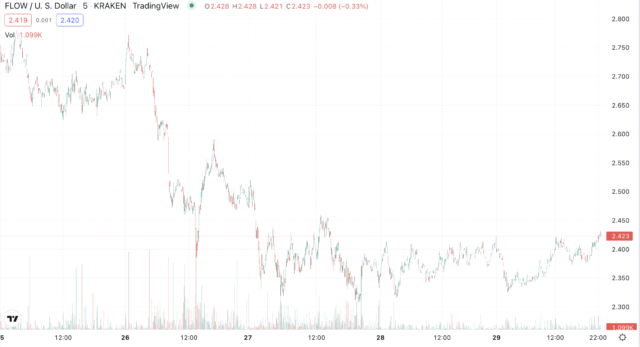 The National Football League announced a new partnership this week with Mythical Games to roll out a new NFT-based video game, titled NFL Rivals. Rivals is expected to launch next year and is anticipated to reflect fantasy-style gameplay. The game is expected to be available next year on both mobile and web.

While the NBA was arguably a first-mover in NFT engagement (across the big 4 major leagues in U.S. sports, at least), other major leagues are looking to gain ground. The MLB recently teamed up with Sorare to create a fantasy-inspired game in the same vein as this week’s NFL aspirations.

From F1 To Indy 500, Racing NFTs Continue To Find Traction

NFTs have continually found their way to the track on raceday, regardless of your raceway of choice. F1 NFTs have been abundant following a growing list of major events, such as the recent Miami Grand Prix. This week, Indy 500 NFTs have started to crack the headlines, too.

Ed Carpenter Racing has included bitcoin bonuses in racers contracts, giving an extra digital incentive for drivers. If the name sounds familiar, you might remember a piece we posted last year around this time when Ed Carpenter Racing connected with Strike to roll out a BTC-branded vehicle to the track.

On the sponsorship side, Voyager Digital has it’s presence in racing as well, sponsoring NASCAR driver Landon Cassill through the Xfinity Series.

One topic of concern around licensed major league sports deals has been the long-term viability should that licensing deal shift to a new provider. Alas, physical trading cards in sport haven’t had much of an issue in this territory, so one would assume that for NFTs, it is an obstacle that can be overcome.

Sorare COO Ryan Spoon spoke with SportsProMedia and alluded to exactly this, saying:

“The cards you buy [on Sorare] are no different to physical cards in that there are examples of companies that have lost that licence, but you still own the card… But we’re going to succeed and we’re going to do this with [our partners], build a fan base and it’s all in our interests to do that.”

Spoon elaborated that Sorare looks to structure deals that are “long enough to be able to grow and hopefully find some success.” A license-less NFT collection, however, would lead most to believe that the collection would dissipate in value quite substantially.