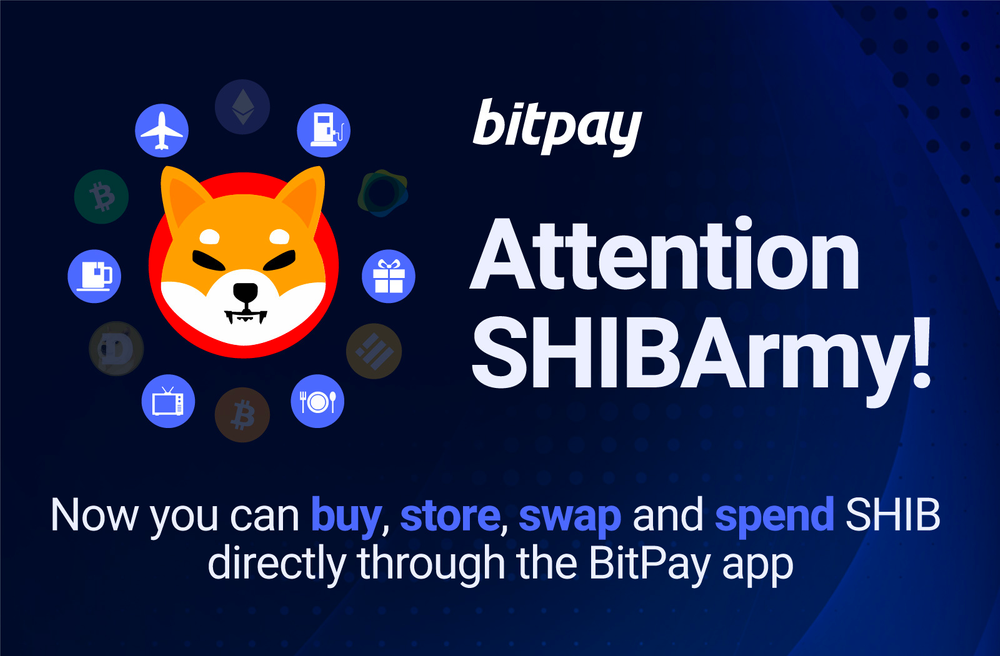 The crypto payment service provider, BitPay, has added Shiba Inu to its list of supported cryptocurrencies. The announcement comes after Newegg and AMC announced a partnership with the firm to bring SHIB payments to their respective platforms.

The crypto payment company has announced via a blog post on their website that the platform now supports SHIB payments.

BitPay is a platform that allows users to store and pay using the crypto of their choice. It’s one of the most popular crypto payment service providers in the world, and a wide range of merchants currently use it for accepting digital currency payments.

Earlier in the year, AMC theatres announced that the cinema chain will soon begin accepting Shiba Inu in partnership with the payments provider.

The AMC CEO revealed that he personally asked BitPay to add the coin. As such, BitPay accepting SHIB became only a matter of time.

“Attention SHIBArmy! Shiba Inu (SHIB) joins the lineup of coins now available at BitPay,” said the firm in the announcement. “Now you can buy, store, swap and spend with this Ethereum ERC-20 token directly in the BitPay app.”

Late last month, the tech-focused retailer giant, Newegg, also announced that it will start accepting SHIB in “early December.” Naturally, the ecommerce company is also using the platform to bring the crypto as a payment option its customers.

State Of The SHIB Market

In recent months, Shiba Inu has started to gain some ground in terms of mainstream adoption as the AMC and Newegg news from above already highlights.

Popular cryptocurrency exchanges like Gemini and BitStamp also recently started listing the memecoin on their platforms.

However, the community is yet to convince Robinhood to add Shiba Inu to the service. A petition regarding the matter has been running for a while now, and has so far obtained the signature of around 546k SHIB supporters.

Earlier, the coin found its way into the the top ten cryptocurrency list, but has recently dropped out of it. The crypto’s market cap now stands at 13th.

Here is a chart that shows the trend in the price of Shiba Inu over the last five days: 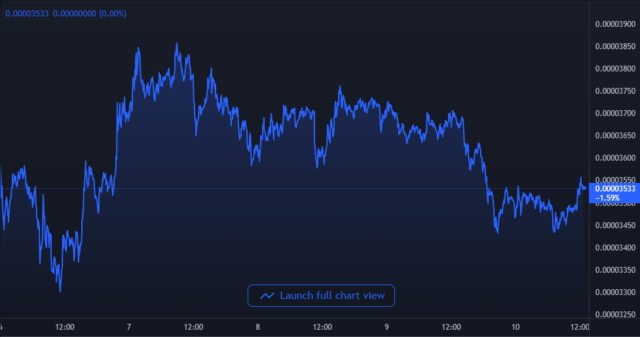