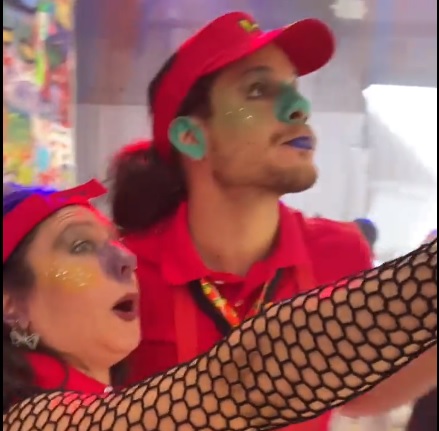 by Eduardo Próspero
in Conferences, Conferences and Meetings, Ethereum, NFT
0

This is the slightly negative part of Bitcoinists NFT NYC report. For an intro, and the positive side of the event click here.

Since we will quote this CNBC report later on, let’s paint a picture of NFT NYC with their words.

“Inside the Marriott Marquis nearby, where the conference has rented six floors, crowds packed the hallways, flanked by vendors taking up almost all available floor space. Many in the crowd, mostly men ranging from teens to late 30s, were in a perpetual state of pitching their idea for how to improve on what they all seem to agree is the future of art and digital collectibles.”

That’s it. Let’s go to the Tweets, videos, and pictures. 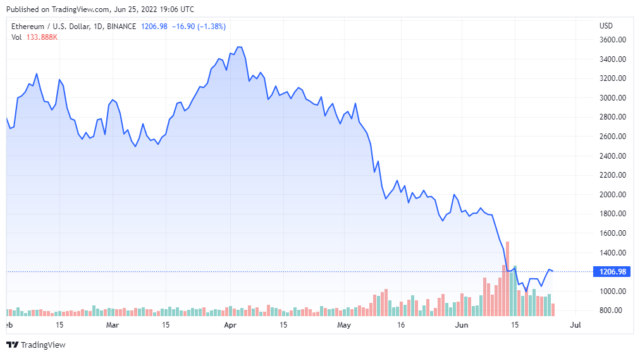 The NFT NYC Conference – The Bad

Let’s get to what you were actually looking for, NFT NYC’s own brand of cringe.

NFT mfers on Twitter: “NFT NYC is so lit. Just got super fucked up now I’m partying with millionaires and ig models. Aoki ab to perform.”

One thing that i didn't like about NFT NYC was it was too noisy. With zero quiet spaces. So i hosted my own. Changed times to accommodate folks flying off. It was small and perfect. We all feel ded 😂 so we painted that 😂😂 pic.twitter.com/4o02jhxw8j

NFT NYC in seven seconds. You’re not missing anything. 💀 pic.twitter.com/hEwRH688FX

God help me. This is ApeFest rn pic.twitter.com/BQJE3AymRi

That’s pretty cringy, but apparently, it was a marketing ploy by some company. Does that make it better? You be the judge.

The NFT NYC Conference – The Ugly

Let’s end this with unclassifiable moments that are neither good nor bad. Most of it is ugly, though.

Here’s a less popular but equally cringy video of the same actors.

I’m bullish AF on @GoblintownWTF after NFT NYC, especially after seeing every NFT influencer at their party. pic.twitter.com/B3ZXCpAmQy

NFT NYC is just a big wealth transfer from degens to Uber drivers.

It wasn’t a good idea. At all.

NFT NYC had near zero sessions on how to move the tech forward. Paid models dancing with socially akward bros is not going to advance #Web3 #NFTNYC2022 #NFTs #Crypto

My hot model girlfriends are getting paid to go to NFT NYC events and I quote: “We have to stay till the end and I literally feel trapped” 😂

Paid models weren’t alone in the sentiment. “I have much more empathy for models now that I’ve been a woman at NFT NYC after 10 pm,” tweeted Bri Connelly.

And on that creepy note, our coverage of the event ends. Remember, you can always click here for the positive part of this report.

See you all next year, if the NFT industry recovers. 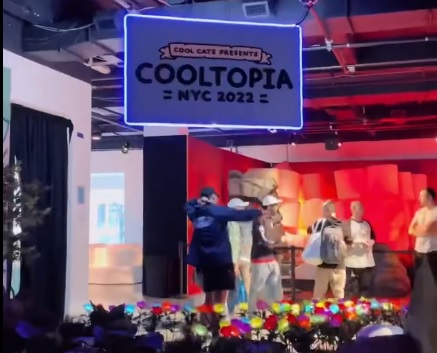