Leading Latin-American cryptocurrency and digital assets startup Cryptobuyer has become the first ever company to install Bitcoin ATMs (BTMs) in a commercial bank.

The BTM’s  were installed by Cryptobuyer in the premises of Banistmo Bank’s headquarters, in Panama. The installation of BTMs followed the recently concluded Panamanian Association of Fintech event. Cryptobuyer was a participant of the event, which saw participation from the members of banking and finance community, as well as the general public.

Company CEO Jorge Luis Farias was a part of one of many panels of industry experts that discussed the magnitude and application of blockchain technology at the event. The event saw over 300 people from various segments of the industry. Cryptobuyer’s participation at the event coincided with a recent Bloomberg report, which covered the company and its use of blockchain technology to solve real world issues for the citizens of developing nations such as Venezuela.

Farias was assisted by Tigo CTM CEO Cindy Zimmerman and the founder of Guldcoin Ira Miller, both technology partners of Cryptobuyer while showcasing the two BTMs installed within the bank premises. 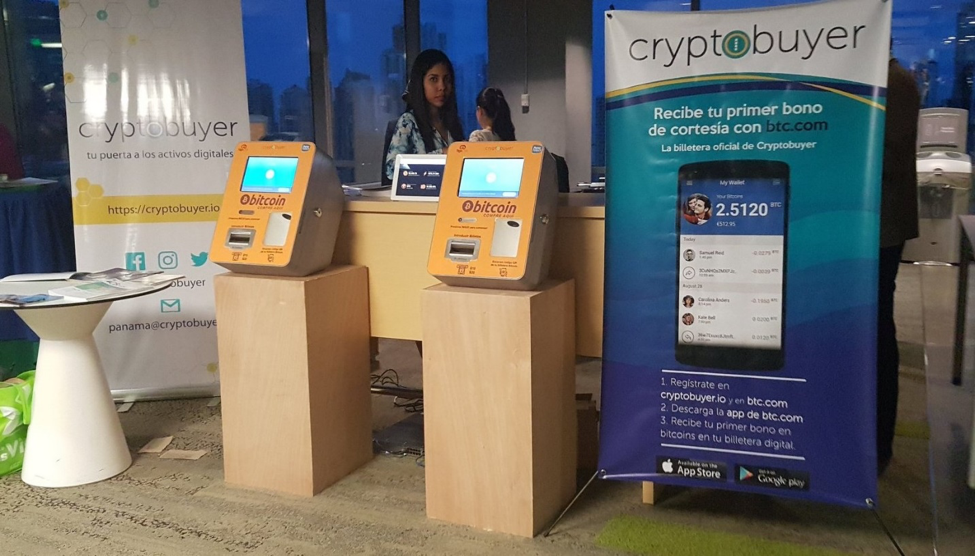 The two state-of-the-art machines support both Bitcoin and DASH and were well received as many people in attendance lined up to test the equipment. Crypto buyer has plans to install at least 20 BTM’s across Panama and rest of South America as the first phase of its effort to create a cryptocurrency ATM network in the region.

Daniel Diaz, Global Business Developer at DASH, also took part in the panel and spoke about the advantages of DASH as one of the most promising cryptocurrencies. In agreement with this opinion, Cryptobuyer announced at the event that the BTM’s would also support DASH.

BTC.com’s Alejandro de la Torre flew from Amsterdam to demonstrate the use of Bitcoin wallet and give away over 100 BTC.com wallet gift codes. Tjon conducted a talk on distributed ledger technology for global organizations while Palomar discussed blockchain technology is general with the interested participants.

After the panel’s presentations, Cryptobuyer announced its entry into the Ciudad del Saber (City of Knowledge) technology and innovation campus to set up base alongside 180 world-class companies and organizations including the likes of the United Nations, Copa Airlines, IESA, and Hewlett-Packard.

While setting up its headquarters in the technology hub, Cryptobuyer has announced plans to develop Blockchain Academy Latam to impart cryptocurrency related education, training, and certifications to individuals, companies, and organizations globally and in Latin-America.

The final news from the Panamanian Association of Fintech event was Cryptobuyer’s ICO announcement, with specific details expected in the next few weeks. The company looks forward to expanding its business model and operations with new products.