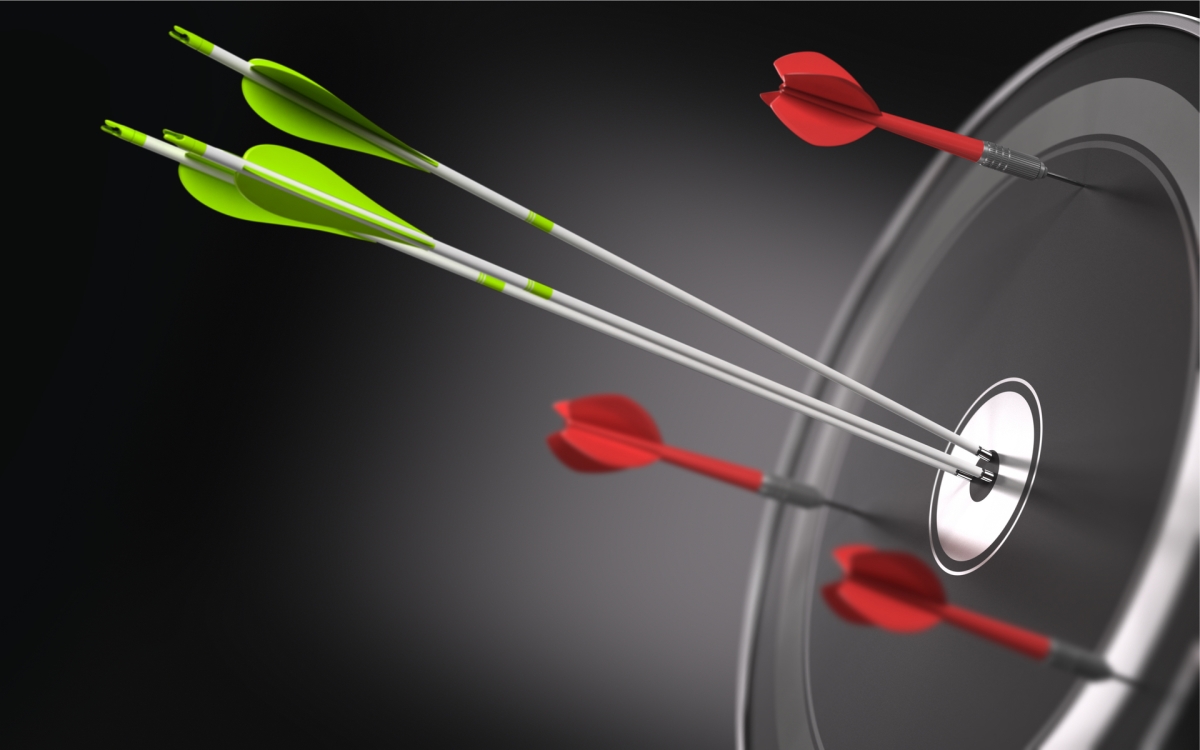 After a slow or turbulent start of 2017, the global cryptocurrency market picked up the pace and really hit its stride in the month of February.

Momentum. That seems to be the word that best describes February as nearly every top decentralized digital currency has seen growth and reasons for optimism as Spring approaches. Let’s review what the state of affairs is for the top five cryptocurrencies as they head into March.

The market leader had a much less volatile month, after seeing swings from $1,100 USD to $775 USD early on in January. Over the last four years, Bitcoin has proven to be very cyclical and consistent, with January always being a month of great swings in value.

Now, that regulations in China have been levied, Bitcoin has seen consistent growth, adding 30% in market value for the month, easily beating mainstream indices like the S&P 500 (4%) and the Dow Jones Industrial Average (5%). 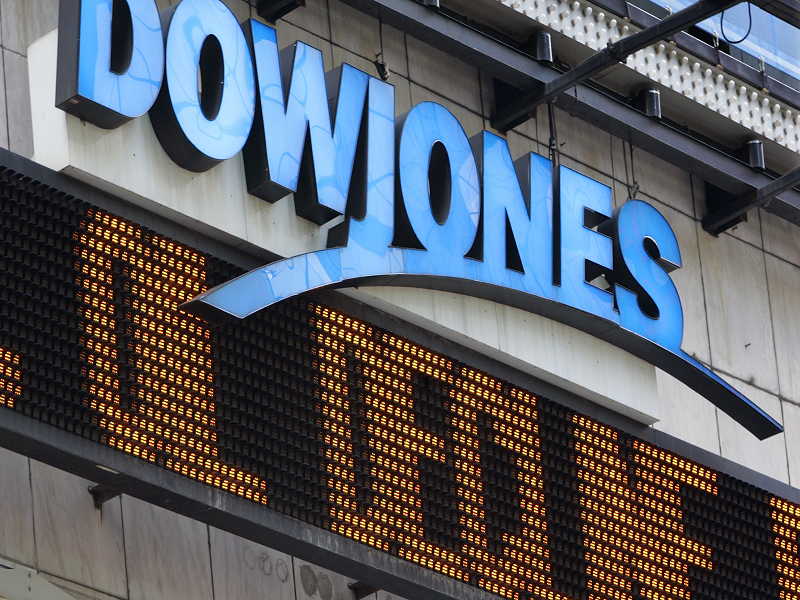 With optimism, or speculation, about the March 11th SEC decision on the Winklevoss ETF looming, Bitcoin remains near its all-time high at about $1,195 USD with a market cap of well over $19 billion.

Will a defeat cause Bitcoin to go into a tailspin in March?

The young smart-contract-based blockchain is doing very well in 2017, almost doubling in market value since January 1st. If anything, ETH has been a model of consistency so far; consistent gains. According to CoinMarketCap, ETH has gone from $7.99 at the start of the year, to about $10.70 on February 1st to $15.75 today, nearly doubling in value in the first two months of the year. 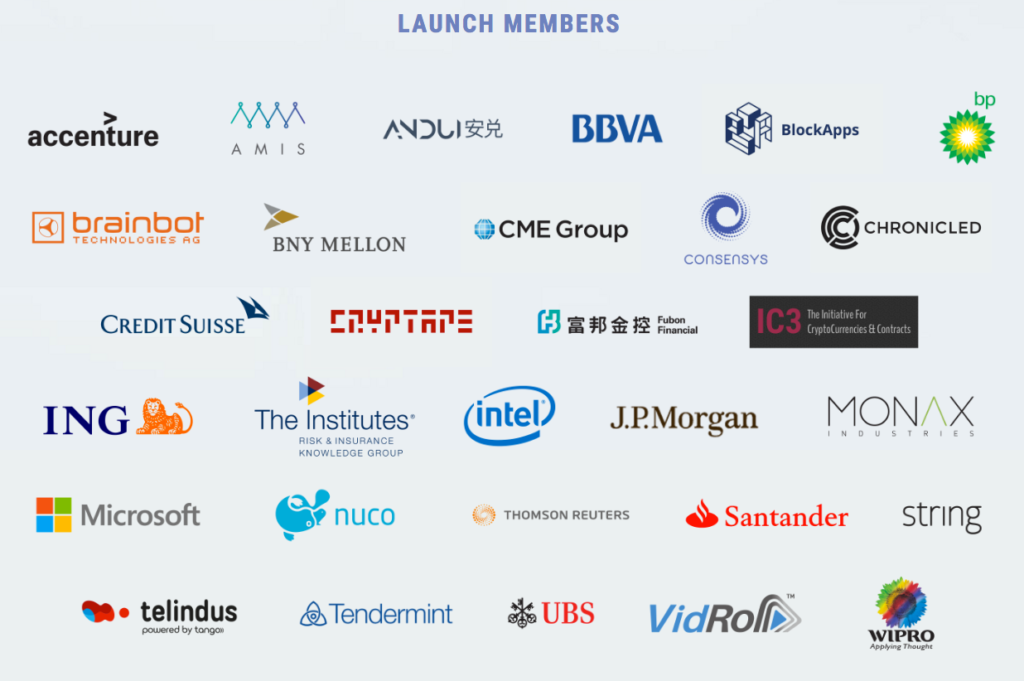 The only major player doing better than Ethereum right now is Dash, which has recently jumped from out of the top five in market cap to third behind the aforementioned. Dash has gained an astonishing 68% within just the last week alone and has more than tripled in value sine January 1st. 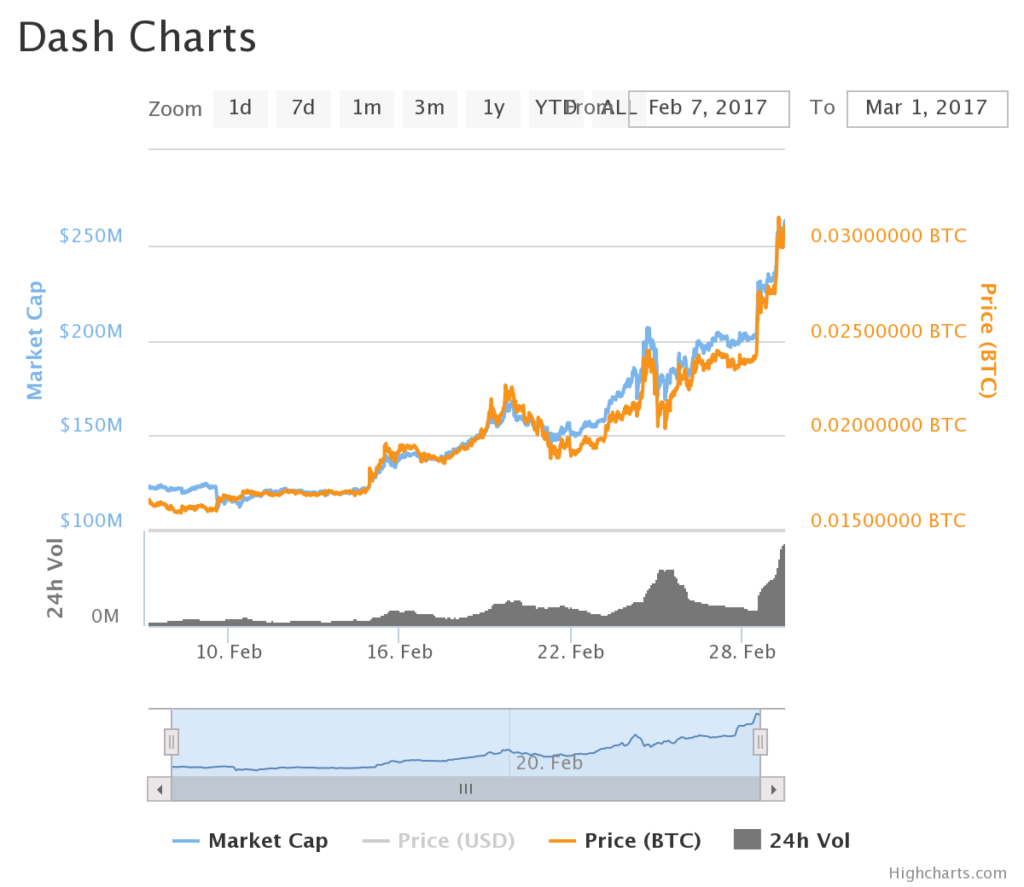 Ripple made news last year as a potential future replacement for the vaunted SWIFT international banking payment network but has generated little buzz since. Litecoin also has fallen on hard times, with an inability to capitalize on Bitcoin’s demand.

It appears that investors are flocking to Dash and Ethereum instead, as Litecoin hangs on the vine, falling form second-best behind Bitcoin, to barely in the top five ahead of Monero. Somebody call the PR Department, STAT.

Which will be the best performing currency in 2017? Share your thoughts below!