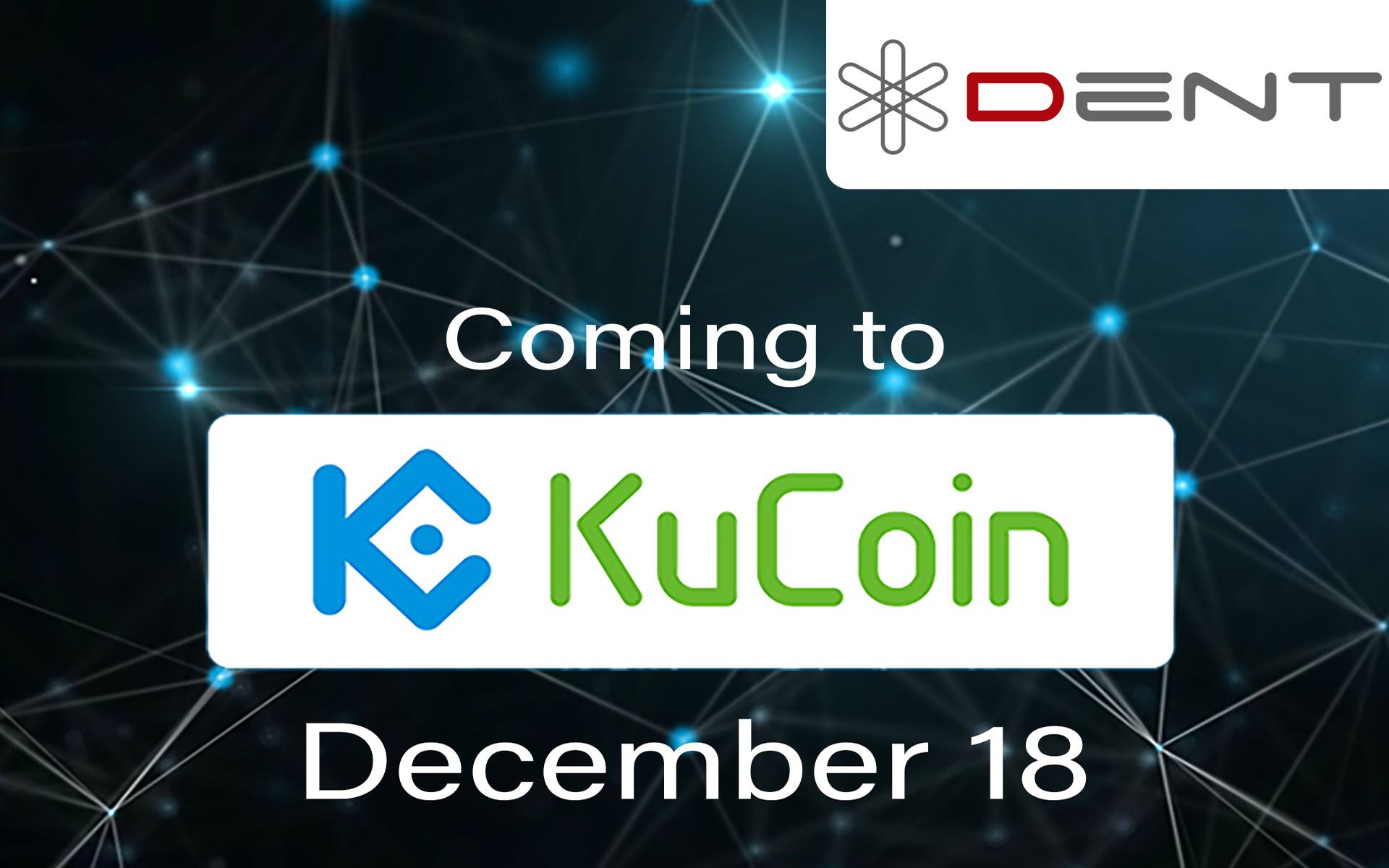 DENT Will Be Listed On KuCoin: Trading Starts On December 18 With 10 Million DENT As Prize For Top Traders

KuCoin prides itself on finding high-quality projects that go beyond the offerings of other exchanges. On December 18, 2017, DENT (DENT) token will join our list of tradable tokens.

KuCoin traders will have access to  DENT/BTC and DENT/ETH trading pairs upon listing. Users can start depositing and trading Dent on KuCoin December 18, 2017 at 20:00 (UTC +8).

We will be offering a special promotion for all DENT traders on KuCoin. There will be 10 Million DENT tokens set aside as a prize for all the top 100 traders. You can read the details here: https://goo.gl/FWW7Xa.

If you have any questions or doubt join our community and ask, we are always online: https://t.me/joinchat/FMqUpg1_vED9MSDJPPcFkg

Dent brings together buyers and sellers of mobile data to make use of all the unused data that consumers are paying for, freeing up the world’s data to be bought, sold, or donated allocating this resource to more citizens globally.

Is an open marketplace for the world’s data with a built-in economy to keep prices fair and in line with demand while utilizing all the data. Freeing up unused data that is already being paid for to be sold, bought or donated bringing data to more of the world’s citizens.

Dent provides an open marketplace using the Dent coin to buy, sell, or donate data already being packaged by the Telcos. Using blockchain technology to collect the unused data from packages from companies and consumers and repackaging it in the marketplace to be resold in any country free of roaming charges. Excess data can be donated to developing countries and travelers will be able to take their data with them wherever they go. With today’s increasing reliance on technology and data, freeing the world’s data to be used instead of expire makes sense.

Find out more about the project here: dentcoin.com

KuCoin is a newly-launched cryptocurrency exchange; it started operations in September 2017 and is already making a big impression on traders and users thanks to its innovative listings, partnerships and user rewards.

Users can earn rewards in exchange for using the platform and holding the exchange’s token KucoinShares (KCS). Dividends are dependent on the number of coins each user holds and they are paid daily.

Users can also get a discount on trading rates, or earn 40% commission by referring other traders to the platform. In total, KuCoin gives 90% of its trading fee to users, while keeping 10% for a token buyback fund.

The long-term goal of KuCoin is to become one of the top 10 exchanges in the world, they have quickly gained traction by collaborating with many established communities and listing new tokens based on user’s opinions and requests.

They are often compared to Binance thanks to their simple User interface, fast transactions, and good design. At the same time, they have gained notoriety for good customer support which has been well received by traders and users frustrated with larger exchanges’ lack of response to support requests. People have started calling it ‘the people’s exchange’.

You can find all announcements about KuCoin’s future listings here:

If you would like to get your token listed on KuCoin you can contact them here: http://kucoinform.mikecrm.com/tAssDWK