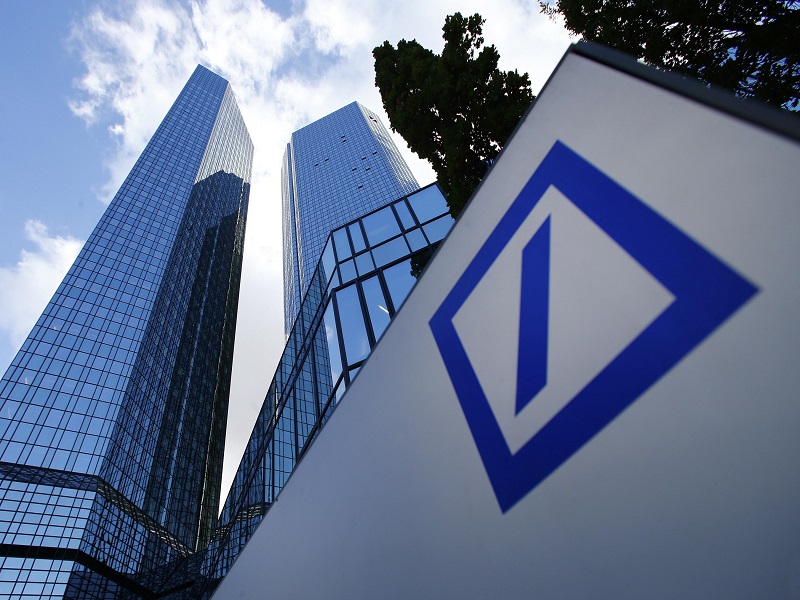 German authorities have raided the Frankfurt headquarters of Deutsche Bank, for information pertaining to the 2018 Danske Bank money-laundering scandal. Prosecutors were looking for evidence that Deutsche Bank either facilitated the money-laundering or failed to report suspicious transactions quickly enough.

Pass The Deutsche On Danske’s Right Hand Side

The search, reported by Reuters, involved three prosecutors and nine federal agents, beginning on Tuesday and concluding yesterday. Deutsche Bank said that it was co-operating, and “has comprehensively examined the facts of the matter and has voluntarily provided the requested documents as far as possible.”

Whilst, on this occasion, the money-laundering in question did not occur as Deutsche Bank itself, the German bank did act as a correspondent bank for Danske at the time it occurred.

As Bitcoinist reported in October last year, Danish lender, Danske Bank laundered a reported $235 million through its tiny Estonian branch. This was more than the entire cryptocurrency market cap at the time.

Prosecutors involved in the raid were interested in a period from 2014 to 2018 when they say a suspect in the scandal worked at Deutsche Bank.

During the period, the bank did alert the authorities to over 1.1 million suspicious transactions. However, according to prosecutors a ‘double-digit’ number of transactions were either highlighted too late or should have been blocked at source. The value of these transactions was around 12.5 million euros ($13.67 million).

Of course, Deutsche Bank also has its own in-house money-laundering issues to contend with. Its headquarters were previously raided just last November, over connections to money-laundering highlighted in the ‘Panama Papers’.

Recent research from Messari suggests that for every $1 in BTC spent on the dark-net, $800 in fiat money is laundered. But still, the big banks seem happy to label Bitcoin and cryptocurrency as the tools of criminals and money-launders.

However, they continue to prove that they are the biggest tools of all.

What do you think about the latest crackdown on Deutsche Bank? Share your thoughts below.