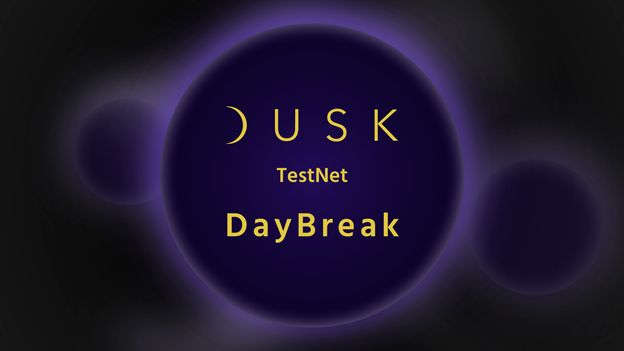 Dusk Network: Why it’s Testnet Launch is a Game-Changer

If there is anything the internet loves these days, it’s privacy. From the boom in VPN use to anonymous accounts and encrypted websites, maintaining privacy is certainly appealing to the average internet user. This interest in privacy has also coincided with the rise in blockchain technology, a concept that thrives on the idea of privacy.

Even after a decade in existence, the privacy offered by blockchain is still being explored. One of the most interesting developments in this regard comes from the Dusk Network, which recently announced its testnet launch.

What is the Dusk Network

The Dusk Network is a blockchain platform specifically made for businesses that combine bleeding-edge zero-knowledge cryptography, privacy-centric smart contracts, and the permissionless-ness of blockchain to create a resource that allows businesses to be fully compliant with regulations while still preserving both their privacy and the privacy of its uses.

This goes beyond just another blockchain product but has massive potential to change the way we do business. After major data hacks at top companies, users are more reluctant to share their sensitive information. With zero-knowledge cryptography, they don’t have to; instead, they can prove that they are within certain demographics and have certain data without actually revealing it.

Because privacy is becoming the name of the game in the business and consumer world, the use of the solutions that the Dusk Network is offering will be invaluable. The use of privacy-centric smart contracts also means that businesspeople can enjoy as much privacy as they want while still reaping the benefits of blockchain technology.

As the testnet launched on March 22, 2022, the Dusk Network has reiterated its commitment to making sure only the best expertise is applied. As such, while there is the option to become block explorers or node validators, the project will prioritize more experienced persons.

“We will be looking to grow our node-running and engineering community by onboarding experts first, and first-timers last. This way we can steadily expand the pool of provisioners able to help out newcomers, as well as improve our user guides, so all is there to onboard the masses,” the official site says.

While the idea of a completely digital business world with virtual agreements and unlimited privacy might sound like something out of a sci-fi film, it might soon be upon us. This is because, through the power of blockchain, privacy and accessibility can be achieved.

This has been proven in the last decade with cryptocurrency and with projects like the Dusk Network, its capabilities can be explored even more. As such, this incoming testnet could very well be the first step of a new global reality.