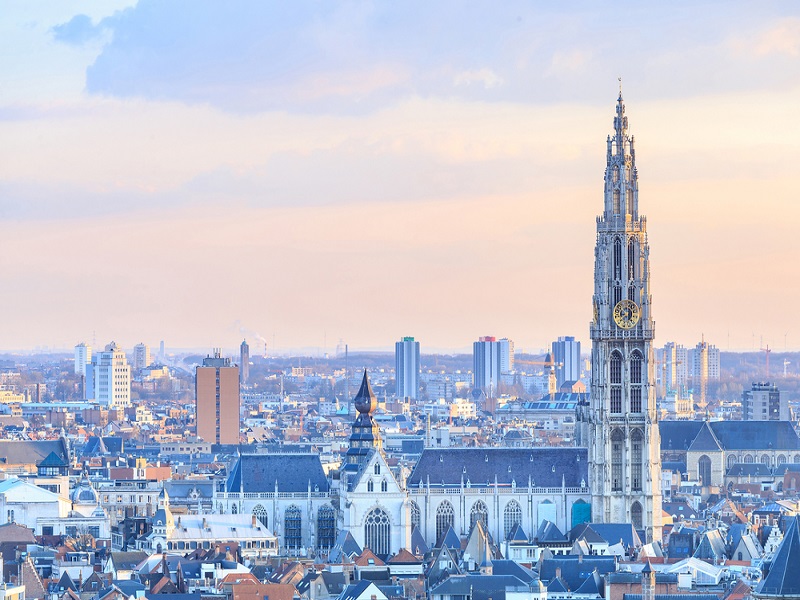 Belgian Bitcoin enthusiasts rejoiced at the news about the first ATM being installed in the country over a year ago. Ever since that time, however, a lot of things have changed. After the Coffeelabs owners had decided to remove the device, EBTM had to provide a new home for the ATM. That new home is known as Pizzeria Leonardo da Vinci.

Operating a Bitcoin ATM is often underestimated by most cryptocurrency enthusiasts. When the location owners decide to remove the device from their premises, a new set of challenges arises. In the case of the former Coffeelabs ATM, that challenge came in the form of finding a new place to run the device from.

After searching around for some time, EBTM managed to come to an agreement with pizzeria Leonardo da Vinci in Antwerp. But there is more to this partnership between EBTM and the pizzeria, as customers will soon be able to pay for their meals with Bitcoin as well. Additional use cases for Bitcoin as a currency are always a positive thing.

Both parties are collaborating on a way to accept Bitcoin payments at the Leonardo da Vinci pizzeria as we speak. Setting up a Bitcoin merchant account has become relatively easy, but there is a decision to make on whether or not funds is kept in BTC or converted to Euro.

Despite the hardship EBTM faced, the Belgian company remains a firm believer in the future success of Bitcoin in the country. Having to move away from the original Bitcoin ATM location is a setback, but Arnaud Kodeck has been working tirelessly on ensuring the device would find a new home.

The city of Antwerp remains a prominent place for Bitcoin enthusiasts, albeit the adoption rate of cryptocurrency throughout Belgium remains relatively small. That being said, the Bitcoin ATM in Antwerp, combined with efforts such as Ghent Bitcoincity and Ieper Bitcoinstad, show there is a demand for cryptocurrency as a form of payment.

Readers who are interested in checking out the new location of the EBTM Bitcoin ATM can head over to Breydelstraat 28 in 2018 Antwerpen.The EBTM machine was brought back to life on the evening of June 9, 2016, and lets users exchange Euro to Bitcoin at a 5% fee.

What are your thoughts on EBTM and the Belgian Bitcoin market? Let us know in the comments below!