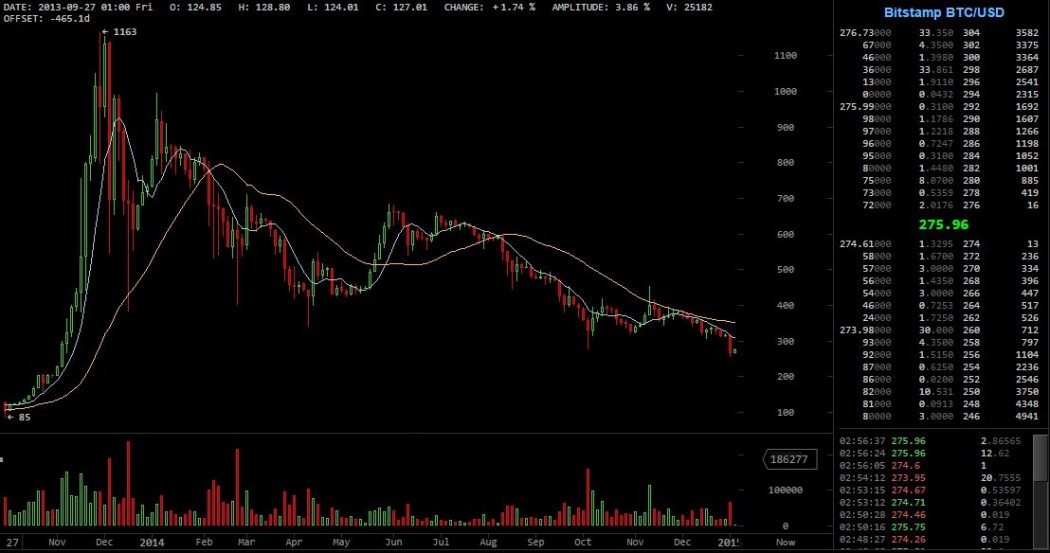 An Analysis of the Last Eighteen Months of Bitcoin

by Nuno Menezes
in Bitcoin, Knowledge Base, News, News teaser
0

A lot of people say the Bitcoin price doesn’t matter, but it is almost impossible not to get swept up in the excitement when the price is raising nearly a $100 a week for months on end. A recent article that claimed Bitcoin was the worst investment of 2014 focused on the price decline of over 50% on the twelve month of 2014. However if we take an 18 month analysis we can clearly view that the price has tripled even though it is currently declining.

The declining Bitcoin price during 2014 did not stop $315 million USD of venture capital from being thrown into Blockchain related startups, which suggests healthy levels of optimism among businesses and investors.

Bitcoin miners began 2014 with a network hash rate of 11 Phs\s and ended the year with around 300 Phs\s. This market increase in network security and speed was largely due to better hardware making its way to customers. 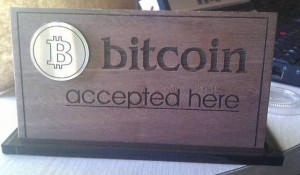 Competition has grown significantly, and several large Bitcoin mining farms have been established. Many of these operations moved their infrastructure to cooler regions to mine Bitcoin, with one of these big mining farms burning to the ground.

Bitcoin payment processors Coinbase and Bitpay revealed that they had around 40000 merchants each signed up for their services, with expectations from Bitpay to grow to one million merchants by the end of 2016.

The Biggest story of 2014 began in February, when speculation on the insolvency of the Mt. Gox Bitcoin exchange began to grow. Mark Karpeles, Mt. Gox’s CEO, blamed the severe loss of Bitcoin on a long-known incongruence on the Bitcoin protocol, called “transaction malleability.” 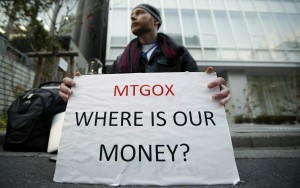 Bitcoin Core developers and the community were furious that MT. Gox was trying to throw all the blame onto the Bitcoin protocol, instead of acknowledging and taking responsibility for its own shortcomings. Core developers said that transaction malleability could not have been the cause of Mt. Gox’s problems, and that Karpeles was merely trying to avoid bearing the brunt of the blame. Japanese police suggested that only 1% of the loss was due to a hack, while the rest of the coins were probably taken from someone within the Bitcoin exchange. Karpeles was forced to resign as board member of the Bitcoin Foundation and MT. Gox went offline. The true story of what actually happened in the exchange is still unknown; experts from Kraken, another popular Bitcoin exchange, have been chosen to lead the continuing investigation.

In Hot Pursuit of Dorian Nakamoto

In March 2014, a journalist for Newsweek published an article on Dorian Nakamoto, who she claimed was Satoshi Nakamoto, Bitcoin’s mysterious creator. 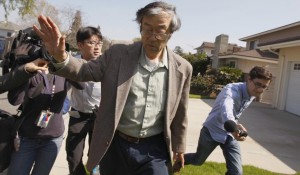 However, the community soon found out that Dorian Nakamoto was not really Satoshi. Poor journalism led to an unfortunate invasion of Dorian’s privacy, and the Newsweek journalist was ridiculed by the Bitcoin community.

In June 2104, the United States federal government became the first government in the world to sell Bitcoin to its citizens. Federal authorities auctioned the Bitcoin seized during the raid on the original Silk Road, in which the marketplace was permanently shut down  and Ross Ulbricht, the alleged administrator of the site, was arrested. Does this auction mean that Bitcoin is legal? This question was the topic of much speculation in the weeks before and after the auction. 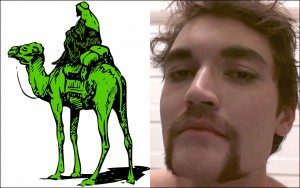 Regardless, Ross Ulbricht is still awaiting trial, and so far 18000 of the Silk Road bitcoins have been auctioned off by the United States Marshals.

In July of 2014, the New York Department of Financial Services published a proposal for BitLicense, a set of regulations that Bitcoin business in the state of New York would have to comply with. The NYDFS thought that the regulations would be embraced, and that world governments would use BitLicense as a template for their own Bitcoin regulation. However, BitLicense was met with opposition from an overwhelming majority of people from the Bitcoin community, and the NYDFS ultimately ended up revising BitLicense and making it less restrictive.

In December 2014, Charlie Shrem was sentenced to 2 years in prison after pleading guilty to selling Bitcoin for Silk Road users trying to launder their money. Shrem has been a staunch advocate for Bitcoin and is a founding member of the Bitcoin Foundation. 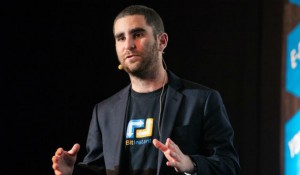 The 3rd of January marks Bitcoin’s birthday, it has been six years since Satoshi mined the first Bitcoin block. We have come so far in such a short period of time; Bitcoin is already accepted worldwide by several well-known businesses, it has been adopted by some of the largest tech companies on the planet, hundreds of Bitcoin ATMs have been installed all over the world, and there has been an exponential rise in the Bitcoin price since the currency first attained an exchange rate with the United States dollar only a few years ago.

Thus, from my understanding, it’s better to have a long term view of Bitcoin as a currency and a short term view for its speculative potential. While watching the Bitcoin price rise and fall is undeniably exciting, the real growth in Bitcoin happens in its economic infrastructure, which greatly expanded in 2014 — despite the falling price.

What do you think will happen in the Bitcoin world in the next 18 months? Let us know in the comments below!