FINMA, Switzerland’s Financial Market Supervisory Authority, has found Envion AG guilty of receiving commercial public deposits from a minimum of 37,000 investors in the context of an initial coin offering (ICO).

Envion AG is currently being liquidated.

FINMA’s enforcement proceedings against the company began in July 2018 and have concluded this month. Its investigation discovered that more than 90 million Swiss francs had been raised by the company in the form of an initial coin offering — a once-popular and now-notorious fundraising method that exploded during the cryptocurrency bull run of 2017. This initial coin offering was conducted without a proper statutory license and thus “seriously violated supervisory law,” according to an official press release.

The unlicensed ICO offered investors EVN tokens in exchange for US dollars, ether, or bitcoins. Token owners were reportedly granted “a claim to repayment after thirty years,” despite the fact that Envion AG lacked a banking license. Explains FINMA:

The conditions for the EVN tokens issued in a bond-like form were not equal for all investors, the prospectuses did not meet the minimum statutory requirements and there was no internal audit unit as required by law. In the present case, this acceptance of US dollars and the Ethereum and Bitcoin cryptocurrencies therefore amounted to an acceptance of public deposits for the purposes of the Banking Act. This however requires a banking licence. 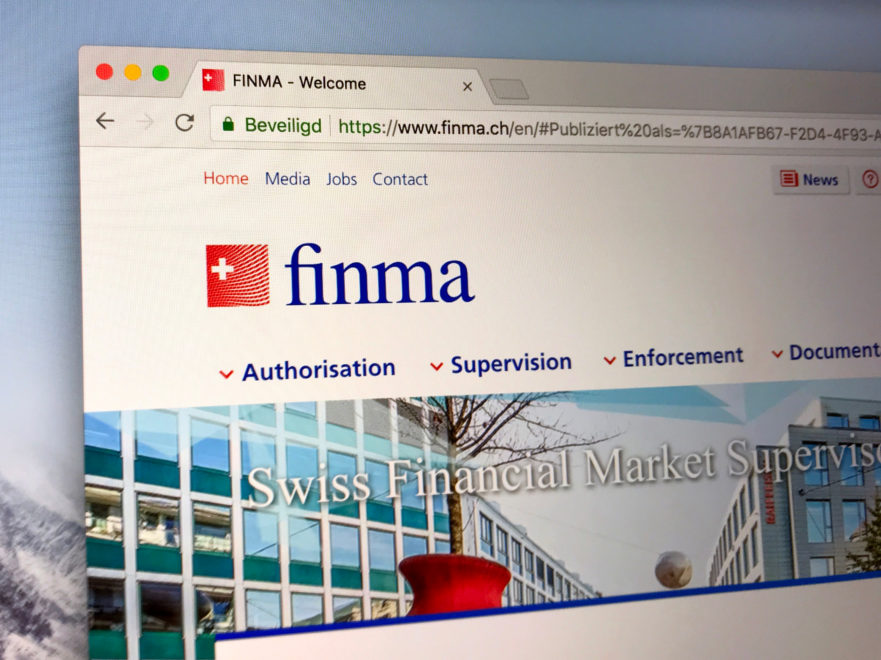 FINMA’s supervisory role, in this case, is now finished, as bankruptcy proceedings against Envion AG have been opened by the Cantonal Court of Zug. However, the financial regulator has noted that it “will continue to consistently take action against ICO business models which violate or circumvent supervisory law.” FINMA is not afraid to liquidate companies that ran illegal ICOs.

What do you think about FINMA’s actions against Envion AG? Do you think the initial coin offering (ICO) bubble has well and truly popped, or will security token offerings (STOs) and initial exchange offerings (IEOs) take its place? Let us know your thoughts in the comments below!