An interesting change is taking place in the world of exchanges right now, as many of the major platforms will be added the Standard DAO Framework in the coming months. Moreover, most of these exchanges now include a data field for Ethereum transactions, which opens up a lot of interesting opportunities. 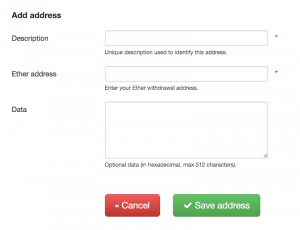 People not versed in the world of Ethereum may have never heard of the Standard DAO Framework, but the concept is rather easy to explain. This new standard would allow any Ethereum user to interact with existing DAOs – as well as create new DAO tokens – through any of the participating exchanges.

What makes this solution so appealing is how all of this could be achieved through the exchange platform directly, rather than having to jump through several hoops. More importantly, DAO tokens can be created without a pre-existing Ethereum account. This would allow for the immediate creation and management of these tokens on that particular exchange.

Right now, this particular “Creation Module” will be integrated by Gatecoin and Bittrex shortly. Additionally, these two platforms want to make all of the DAO tokens on their exchanges tradable sooner rather than later. Users of these exchanges would then be able to create a DAO, and accept all of the supported cryptocurrencies and fiat currencies as payment.

The other main exchanges are looking to integrate the Standard DAO Framework as well over the coming months. Kraken, Bity, and ShapeShift are the other parties who have confirmed support for this open source initiative. By adding a data field to their local exchange offerings, users can directly interact with existing DAOs or call functions within existing smart contracts.

This news will elevate the Ethereum cryptocurrency to more than something that can “only be traded”. Instead, Ethereum becomes completely programmable, which will have a significant impact on future DAOs and Dapps that will be created. Whether additional exchanges will follow this lead by example, remains unknown for the time being.

What are your thoughts on the Ethereum Standard DAO Framework? Let us know in the comments below!