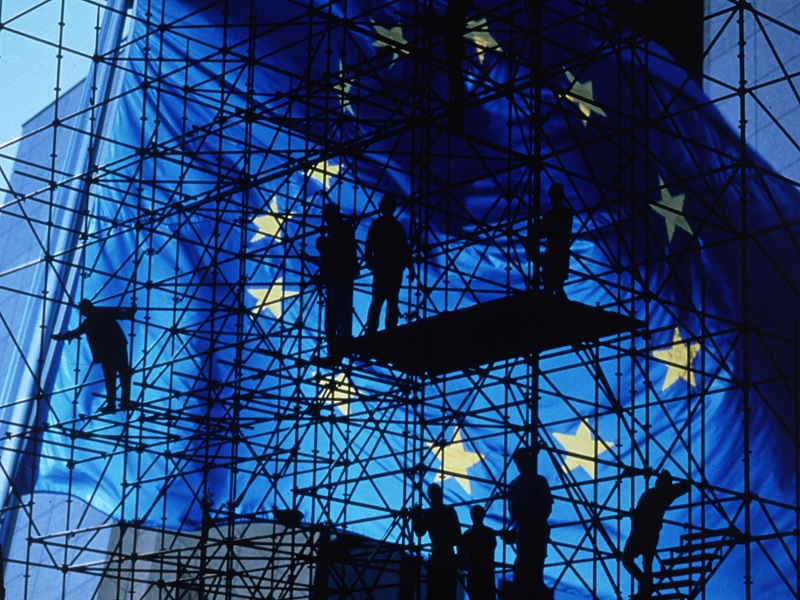 Europe is taking blockchain technology and fintech solutions very seriously. All across the land, government officials, new startups, financial executives, and educators are promoting these emerging markets with much excitement. With investments being made within various European countries, and strategic discussions with parliament, it seems the Europe wants a leading edge in this growing environment.

A recent partnership between the Dutch Rabobank and the Swiss-based Nexuslab will be geared towards early-stage European blockchain ventures. Switzerland’s blockchain startup program Nexuslab will be advised by experts from Rabobank, and the collaboration will give the bank access to the European startup Nexussquared. Both companies will host in-person hangout sessions in Amsterdam, London, Berlin, and Zurich. Daniel Grassinger, Managing Director of Nexuslab and co-founder of Nexussquared stated in the recent partnership announcement:

“We’re excited to work with Rabobank on this first round of Nexuslab. The engagement of a leading international industry player demonstrates Switzerland’s ability to play a central role in the development of the European blockchain ecosystem. Together with Rabobank, Startupbootcamp and our infrastructure and IT-partner SwissQ we have created an unparalleled offering for aspiring European blockchain startups to turn their ideas and visions into viable businesses.”

London Is All About Blockchain Technology

In a presentation at London’s Digital Catapult, Cabinet Office minister Matt Hancock had some positive statements to say about blockchain technology. Hancock told attendees that digital ledger protocols give distributed consensus of everyone in the chain. He feels that data held within the chain has protection from central authority censorship and has “built-in immutability.” The Cabinet Office minister said during his speech, “we’re exploring the use of a blockchain to manage the distribution of grants. Monitoring and controlling the use of grants is incredibly complex. A blockchain, accessible to all the parties involved, might be a better way of solving that problem.” Another London proponent for the emerging technology is George Galloway, who is currently a Mayoral candidate, former Labour Party MP and current leader of The Respect Party. Galloway says in a recent podcast that if he becomes Mayor of London, he will use blockchain technology to provide a transparent budget.

Alongside these announcements, the European Union’s parliament has been considering what to do with blockchain technology as far as regulation is concerned. According to a recent report from Reuters, certain members of the EU council want to regulate these technologies “softly.” Jakob von Weizsaecker, a German member of the European Parliament gave some positive remarks about these protocols to the press and said, “We don’t want pre-emptive regulation, but we do want precautionary monitoring,” However, the virtual currencies and blockchain report given to parliament and passed calls for quite a bit of AML/KYC type of regulatory policies. The report does warn against regulating too harshly and Weizsaecker addresses the subject within the report. Weizsaecker states:

“To avoid stifling innovation, we favour precautionary monitoring instead of pre-emptive regulation. But, IT innovations can spread very rapidly and become systemic. That’s why we call on the Commission to establish a taskforce to actively monitor how the technology evolves and to make timely proposals for specific regulation if, and when, the need arises.”

European Central Bank is Infected by the DLT’s 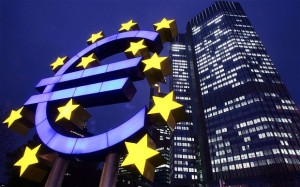 To add to all the blockchain and digital currency fervor across the EU, the European Central Bank (ECB) is full steam ahead with distributed ledger technology. An Executive Board Member of the ECB, Yves Merch said the central bank is researching blockchains and the economic implications. The board member said he considered Europe as a leader in blockchain technology. The declaration coming from Yves Merch doesn’t end the ECB news as another report finds the entity researching the current post-trade landscape, blockchain governance, and the overall implications of Distributed Ledger Technology (DLT). The ECB paper was written by authors who don’t necessarily have the same opinions as the bank describe DLTs in great detail. According to the researchers the definition is:

“DLTs allow their users to store and access information relating to a given set of assets and their holders in a shared database of either transactions or account balances. This information is distributed among users, who could then use it to settle their transfers of, e.g. securities and cash, without needing to rely on a trusted central validation system” 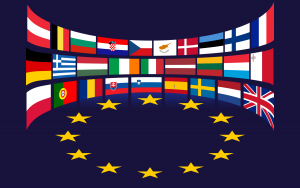 Europe Knows What Bitcoin and the Blockchain Is

Europe wants to be on the forefront of blockchain technology and financial technology solutions and each and every day this is becoming clearer. People from all around the EU are beginning to find out about cryptocurrency and DLT’s. In Germany, a recent report shows 44% of consumers know what Bitcoin is which is a good sign. Since 2008 Bitcoin has created some pretty cool concepts and ideas that are taking the world by storm. European proponents believe the EU is riding the lightning.

What do you think about Europe’s fascination with these technologies? Do you believe the region is a leader? Let us know in the comments below!