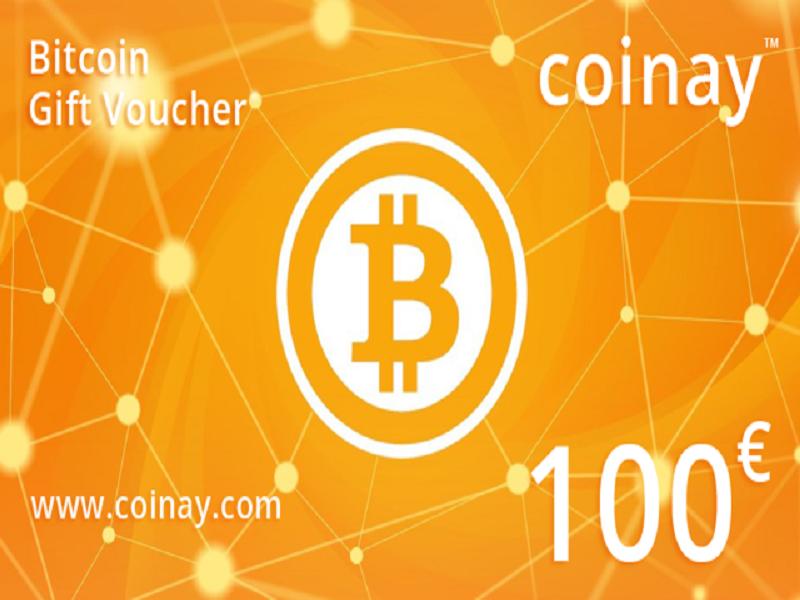 Last week, Coinay announced that Spanish Bitcoin enthusiasts can use its vouchers to buy Bitcoin in their neighborhoods. Bitcoinist, followed the story further and interviewed Dolf Diederichsen, CEO & co-founder of Coinay, to learn about this Bitcoin voucher solution.

Tell us more about “Buy Bitcoin in neighborhood”?

Dolf Diederichsen: Coinay enables consumers in Spain to walk into a nearby shop (for example, a computer store) and purchase a Coinay Bitcoin voucher with cash. They can then go online to coinay.com and redeem the voucher, and get Bitcoins to their wallet. As we have partnered with 3,000 shops all over Spain, this really means most Spanish consumers can now buy Bitcoin in their neighborhood!

How is it going to help popularize Bitcoin in Spain?

Dolf Diederichsen: In Spain, many consumers appreciate the option to pay for goods and services with cash. Coinay enables this, thus making Bitcoin more accessible for consumers in Spain. Also, a physical store environment conveys additional trust when compared to a web-only service. Together, Coinay provides a very attractive new solution for Spanish consumers to buy Bitcoin.

What is overall impression of Bitcoin in Spain among people and regulators?

Dolf Diederichsen: Overall, we see a modestly positive Bitcoin environment in Spain overall, especially with the clear ruling on VAT in Spain.

Where do you see Bitcoin reaching in the next couple of years in Spain?

Dolf Diederichsen: We believe that Bitcoin in Spain will see a very positive development, with more and more consumers learning about Bitcoin and its benefits, combined with multiple options for Spanish consumers to buy Bitcoin.

There was this news about 100+ Bitcoin ATMs to be installed in various parts of Spain, what is the latest update about that development?

Dolf Diederichsen: We are not associated with this other service, but we believe that additional options will be beneficial for both Spanish consumers, as well as the Bitcoin ecosystem overall!

Coinay to Popularize Bitcoin in Spain

The FAQ page of the company says that customers can buy Coinay vouchers in all participating Coinay locations that they can see at the Store Locator. Currently, it offers €10, €20, €50 and €100 Coinay vouchers and charges a fee of 6% per voucher to cover retail store and operating cost. However, the fee will be deducted during redemption. Talking about the service, Paolo Premoli, Head of Sales South Europe at Coinay says that with Coinay, they can enable customers to buy Bitcoins easily in retail locations all over Spain. Thus, the company is helping the Spaniards out by enabling them use vouchers to buy Bitcoin fast, easily and conveniently.

Coinay explains that customers can only redeem the vouchers on the official website by filling the relevant information in the redemption field. For instance, they are asked to enter the voucher code, Bitcoin wallet address, name and email address. Once all the information is filled correctly, the user is asked to click “redeem” and receive the details for the voucher. After completing the process, the customer will see the amount, exchange rate, and resulting Bitcoin amount. The company sends Bitcoins within 4h to the customers, provided all the information was correct, and the redemption was complete in all manners.

An interesting fact about Coinay vouchers is that it has a fixed exchange rate when users redeem their voucher codes. The company uses an average Euro-based exchange rate which is always available on the main page coinay.com. Coinay vouchers will be available at 3,000 retails stores all over Spain, including nation-wide store chains ecomputer, pistacero, Zafiro Tours, and Linea Tours. Additionally, individual store locations can be found in the interactive map on Coinay’s website.

Customers must use the Coinay vouchers within two years after purchase. The company provides various options for customers to pay for vouchers in the store. For instance, they not just can use cash but cards as well and then redeem the voucher code online at the official website. The maximum purchase volume is capped at €100 per customer.

Expanding to a Global Market

As Bitcoin is becoming a popular payment option for a lot of people and its acceptance widening, Coinay also plans to expand its reach beyond Spain into other European markets, and even to Latin America and Africa. Paolo stated that it’s the perfect product to buy Bitcoin in cash-based markets. He also added that the company cannot wait to bring it to other countries.

What do you think about Coinay? Let us know in the comments below!

Disclaimer: The author of the news is neither associated with Coinay nor has any vested interest in the firm.