Bitcoinist.net had the opportunity to talk to founder of LocalBitcoins.com founder Jeremias Kangas recently. Jeremias speaks at length about how he got started in bitcoin, government intervention, the current state of LocalBitcoin.com and where they are headed in the future. 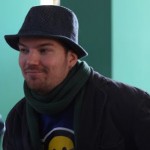 What is the history of LocalBitcoins.com – how did it get started?

“I started working with bitcoin in 2011 and I started a lot of small projects – most did not go anywhere. Then I started localbitcoins in 2012. At first there was like 5 different websites which listed trading locations or bitcoin traders on a map. So I made in 2 weeks this site with location and if you are willing to sell or buy bitcoins. The day I released it – people really quickly began signing up and listing their locations. 2012 I spent all my money developing the website. I implemented the escrow business model in late 2012 and by beginning of January 2013 it started making money. By the closing of 2013 it was single man process but more than a year later we employ 9 people and freelancers all over the world. It has grown pretty fast.” 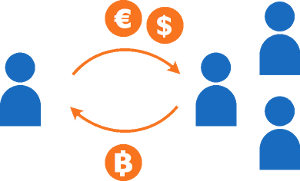 How many transactions do you process?

How quickly is LocalBitcoins.com growing?

Can you tell us about the florida case?

“Yes, that was an interesting case. FBI undercover agents used LocalBitcoins system to be used as a contact to other traders. So it didn’t cause anything for us in that sense.”

Has the US government harassed you?

“No, we work with individual governments in some cases. With the local trader risk is assumed and must follow local laws.  I think this local trading is better for the user. You can have identification even if you are trading big amounts but you don’t have to upload anything online. So it makes it safer.”

Have you noticed a different user for LocalBitcoins users compared to Bitstamp.

“There are the decentralized advocates because LocalBitcoins is decentralized. Not fully decentralized but not compramized like bitstamp. And privacy advocates because we do not require any types of identification. The biggest users are people looking for convenience. When i went to UK – we have pretty big market there. I met a Mises guy and he liked the convenience because when you work on Bitstamp you have to upload passports etc. Beginners and small time users who buy small amounts and don’t have to spend much time and want to experiment are also big users. ”

What is next for LocalBitcoins?

“We’ve been catching fire and everything is going smooth. I think now we can focus on developing the website. Now we’re working with ATMs, currently working with one in Helsinki. Also, how can we work ATMs and best work with ATM providers to increase visibility on LocalBitcoins. I think ATMs will get really popular really fast.”

Do you keep information?

Can you explain more how the escrow works?

So you act as a party of trust between seller and buyer and you release the bitcoins to the buyer.

“Yes that is exactly right.”

What was the price of bitcoin when you first saw it?

“It was around 1 dollar and I bought about 500 euros. I told my girlfriend and she was angry. Then the price went up and I held on to my bitcoins.”

While I was a bit wary at first, I’ve personally used the service and had a great experience using LocalBitcoins.com.

Special thanks to Jeremias for the interview