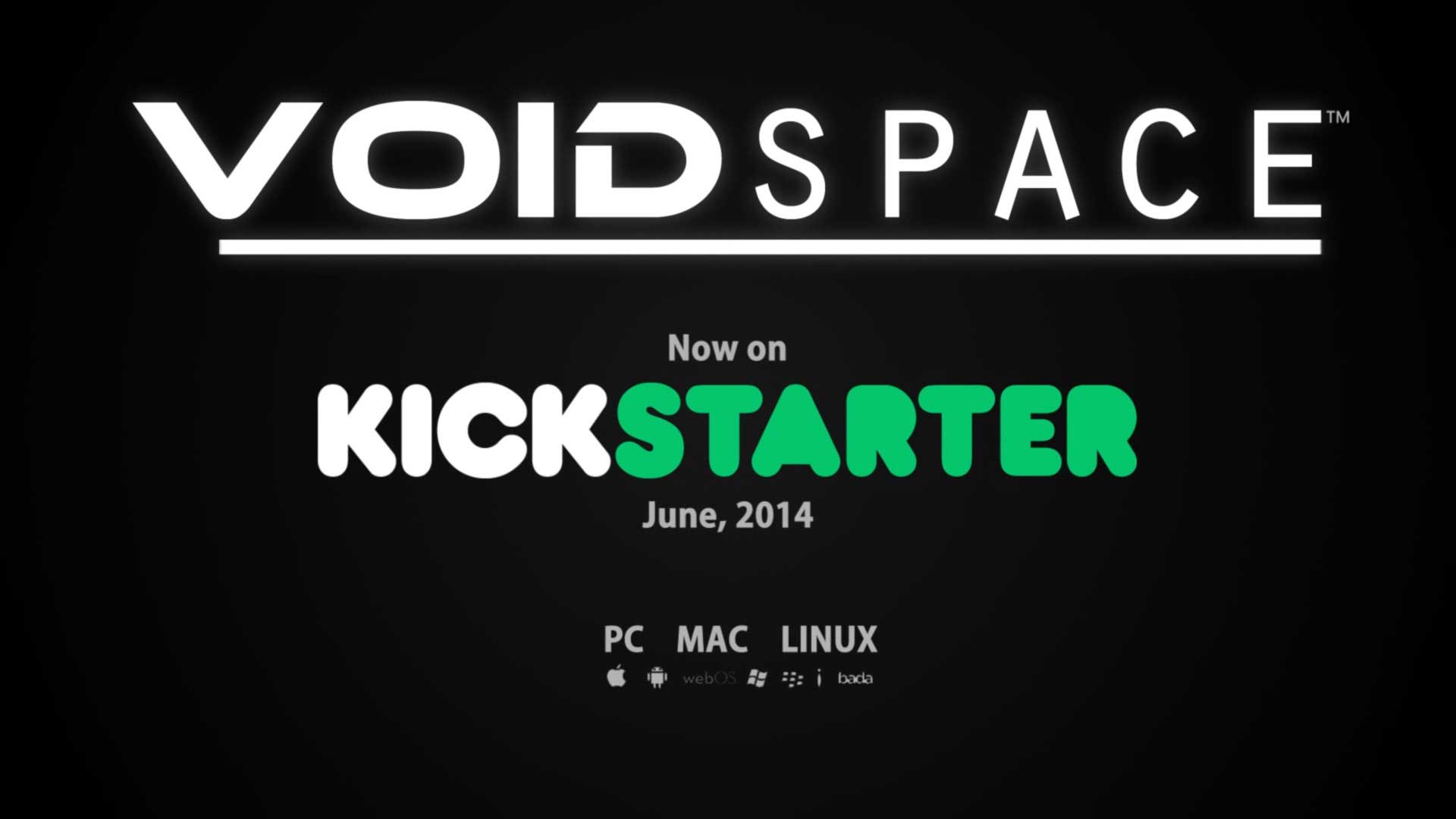 Man my job sure is awesome. First I got to talk Chris Higgins, a major person behind Coined as well as an author for Mental Floss. Today I talk to Nikolas Gauvreau, creator of the project and Kickstarter.

Taken from the Kickstarter, VoidSpace is a twitch-based MMORPG set in a sandboxed world called The Void that you can play on any modern computing device. The top-down style is similar to Escape Velocity Nova except you are not on your own, you are playing with thousands of other players worldwide. However, it is the invention system that really sets the game apart from all others.

Another interesting feature is that it takes advantage  of HTML 5, meaning that the game can be played essentially on anything that supports a modern day browser. This allows you to go from your PC to your console (the ones that support HTML 5) to even your phone.  If they really nail this feature on the head, this will be a first of its kind; a game with this much integration would be ground shattering.

The more I look at this project the more I get excited for it. And the cherry to top it all off? Dogecoin integration, and the question that’s popping in your head “Why Dogecoin?” popped in my head too; it will be answered at a later time.

Here’s a trailer of the game which sums up the game quite well, taken from the Kickstarter page.

And now time for the Q&A!

I decided I would be making this game 16 (almost 17) years ago when I was 16 years old. When I was 21 years old, I remember having thought/design sessions for a generic multiplayer simulation framework with my roommate (who was a comp-sci major at the time). This was the start of the design for a framework which we now use and call the “Simulation and Networking Framework”. Up until my 30s, I still considered myself in “learning mode” where I was still trying to figure out exactly which technologies to use for the project (and learning them), but the day I turned 30, I felt like I was ready. I dropped all other projects and focused solely on the Universe Project proper. In the early days, I worked out some basic frameworks including the Html5 graphics engine, the Atmosphere-based asynchronous communications framework (for client-server communications through a browser without using flash). I also originally started using Hypertable for the database, which fit perfectly for the designs I had in mind, but eventually moved to appengine and Datastore. I also worked pretty heavily on various editors for the project as well, some aspects are still in use today.

More recently, within the last couple years, I had the privilege of having a fellow partner (Paul Korepanov) help me with the project for a number of months as we bootstrapped the project together. And about 6 months later, Oskar Stangenberg was tearing it up in the ODP (Open Development Program; it’s the open-source aspect that allows people to contribute to parts of the project) and he was officially invited into core development. He has been coding with me ever since.

He was expecting this question, so he promptly gave me the FAQ on the steam greenlight located here. Which I will do the same unto you.

4. Do you hold the Dogecoin, convert to BTC, fiat, etc.

I try to hold Dogecoin and when I get BTC, I usually convert to Doge. I’d also like to lead the initiative for a concept I call a “net-positive” Dogecoin business.

A net-positive Dogecoin business does the following:

5. Do you pay employees and/or services in cryptocurrency?

Not yet, but we will sure try when the time comes! Probably the very first use of the Dogecoin we have now will be in advertising where we will use Dogecoin as an incentive

6.Anything you would like to be included specifically in the article?

We are trying to reach the #1 top spot in our Greenlight campaign, we are currently #74 (which means we will be greenlit in the next batch due in a couple weeks). We think it will be incredible publicity for Dogecoin and for VoidSpace to be in the top spot when the next batch of games are greenlit. If you could include the greenlight page, as well as our Kickstarter, that would be fantastic!

As Nik requested, here are the greenlight and Kickstarter page for more information.